What would St. Patrick tell the world this year? 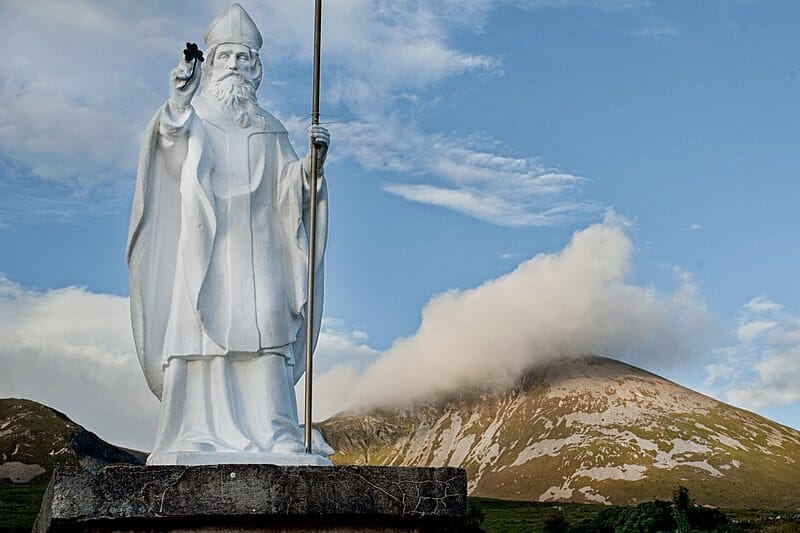 Fear is setting in around the world on what is usually one of the more festive days of the year. It’s hard to avoid the sense of foreboding as we face into what’s likely to be a major humanitarian and economic setback.

I often think that were St. Patrick around today, he wouldn’t much care for our now threatened lifestyles, preferring deserted islands and windswept mountains for prayer and penance rather than the glamour and distraction of iPhones, Instagram and avocado.

He might have had trivial interests at one point, but it was his focus on God that freed him to sacrifice his life in Britain and return to the land of his captors, a land he would quickly recognize as home, to a people he would call his own.

There was undoubtedly more hardship to contend with then, from constant threat of pagan kings, to a creaking health system that relied more on nettles than morphine.

He would have been forgiven for fearing his life was in jeopardy when lighting an Easter fire on the Hill of Slane, in defiance of King Laoghaire, but any such fears did not deter him, knowing the prize that lay ahead and the greatness of Who was with him.

In calling the Irish to convert, Patrick was offering the ultimate medicine their souls longed for: knowledge of the living God, and hope that they might live eternally.

A cynic might say the Irish had nothing else to live for, but as the world moves towards a truer taste of its own mortality, it’s probably more accurate to say that they knew exactly what they lived for, and died for, whereas we fumble in the dark for answers to both.

As more and more people are faced with disease or the loss of loved ones and livelihood, it might be worth taking St. Patrick at his word this year, rather than toasting the snake-whacking caricature of some marketer’s imagination.

I see that already in this present age the Lord has given me a greatness more than could be expected. I was not worthy of this, not the kind of person the Lord would do this for, since I know for certain that poverty and calamity are more my style than riches and enjoyment. But Christ the Lord became poor for us; I too am wretched and unhappy. Even if I were to wish for riches, I do not have them. I am not trying to judge myself, since every day there is the chance that I will be killed, or surrounded, or be taken into slavery, or some other such happening. But I fear none of these things, because of the promises of heaven. I have cast myself into the hands of almighty God, who is the ruler of all places, as the prophet says: “Cast your concerns on God, and he will sustain you.”

Happy St. Patrick’s Day to you and yours.

Trailer for “I am Patrick” docudrama:

Kennygate: what was in the supposedly controversial video?