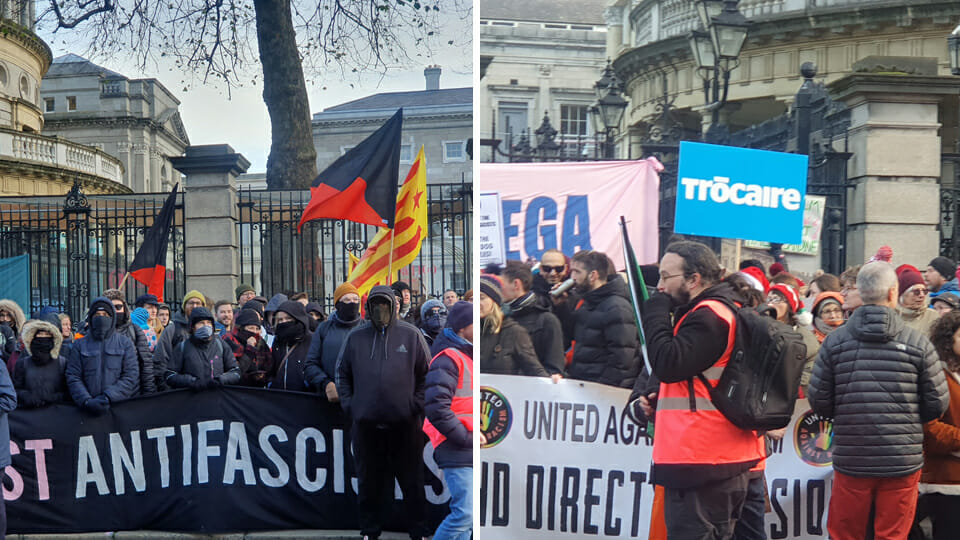 Hundreds of protesters for and against free speech lined the street on both sides of Kildare Street.

“I have a direct debit with Trócaire that I’m cancelling on Monday,” one pro free speech demonstrator told Gript News. “They’ve collected money from me for years to help people suffering under repressive regimes, but now they want to silence Irish people.”

Journalist Ursula Halligan also held a We are Church banner as she stood against the free speech Rally. 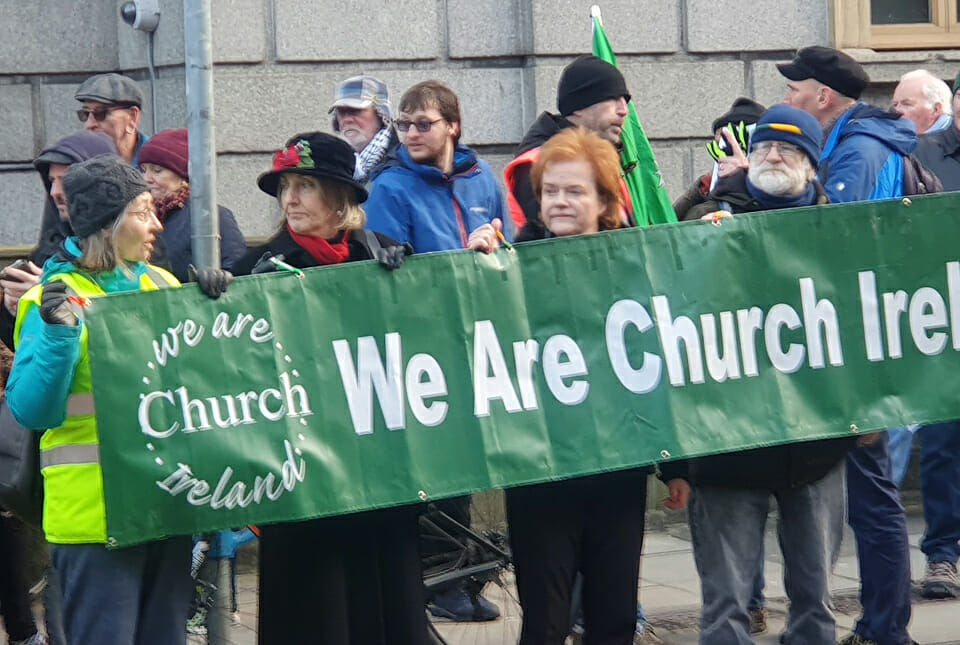 “When you see senior journalists standing against free speech, you know its really time for us to wake up and stand up,” Tracey O’Mahony who organised the free speech Rally said.

Free speech is one of the core values of societies that want to have open discussion and debate,”  Dolores Cahill of the Irish Freedom Party added.

Masked left-wing activists attempted to rush the Garda line separating the two demonstrations at one point. However, it didn’t seem to impact the free speech protesters. “Windbags,” said Colm McCormack who travelled from Monaghan in support of the free speech Rally. “All the socialists are over there, but the actual working class people are over here. We know how important free speech is.”

The counter-protest to the free speech Rally said “we must at this time continue to hold the space of inclusivity and openness against the forces of bigotry, division and hate.” 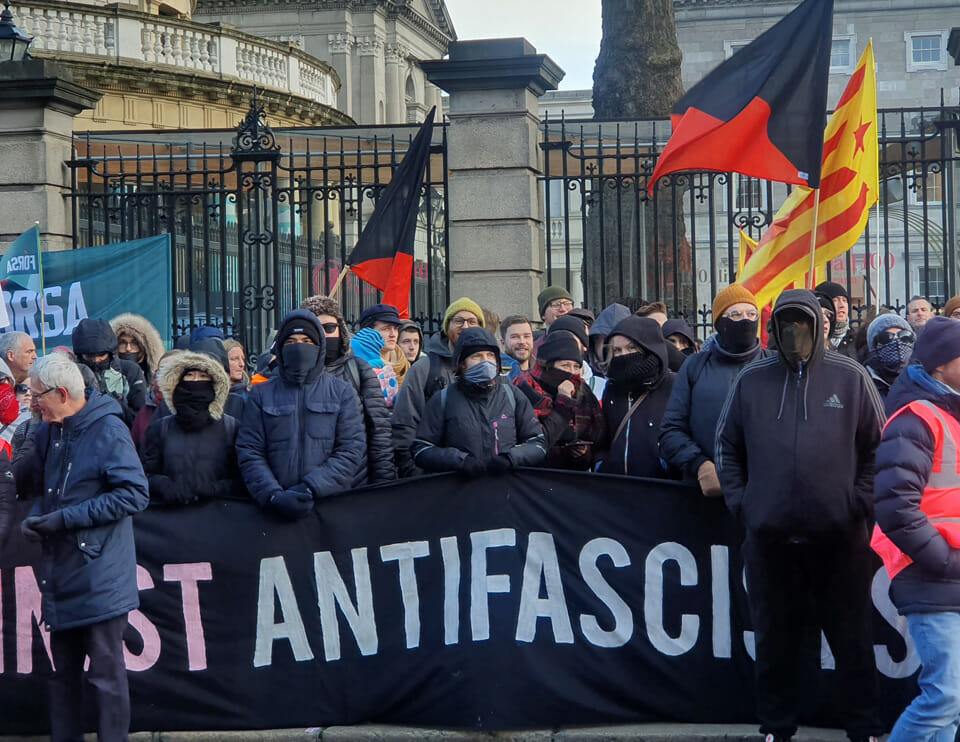 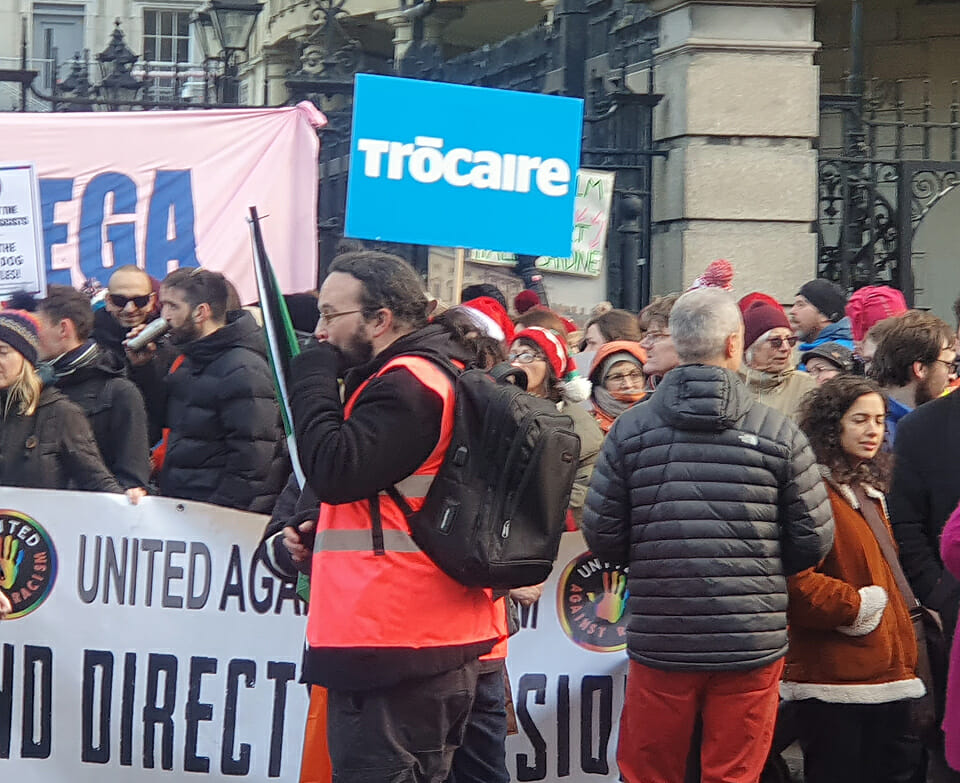 Trócaire at the same counter protest as Antifa 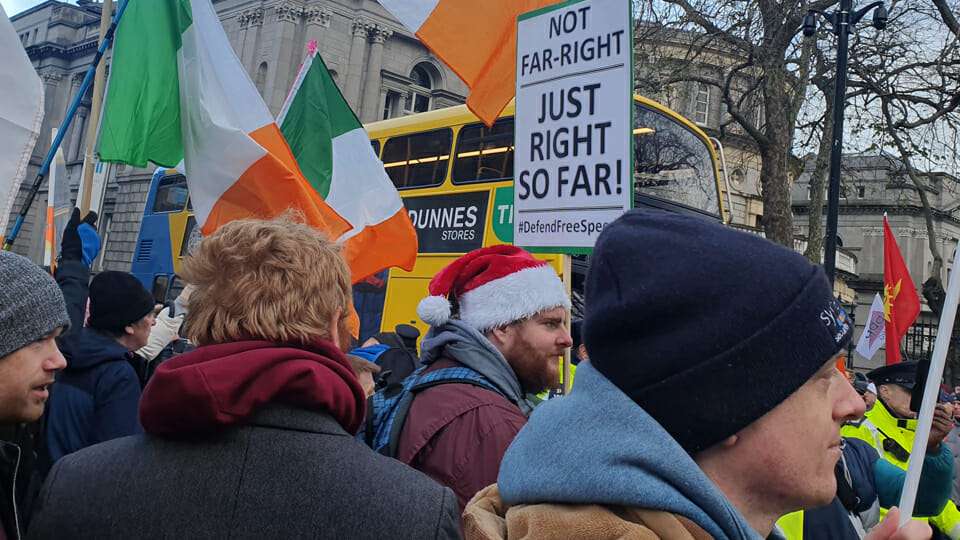 People at the Free Speech Rally 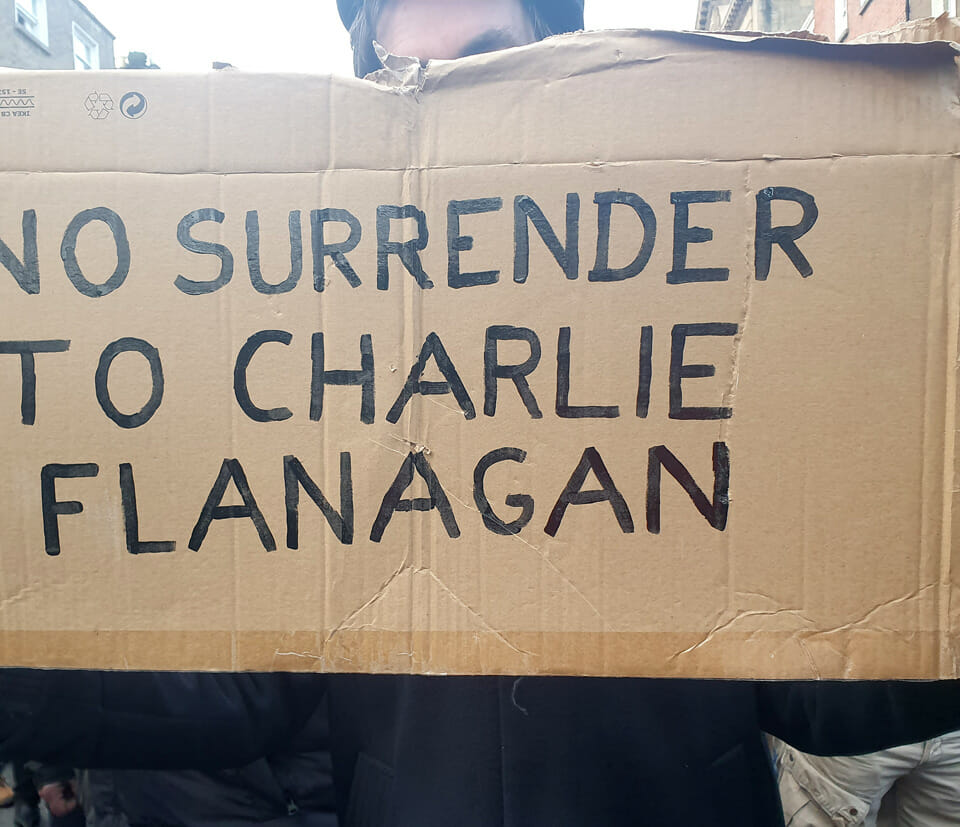 At the Free Speech Rally