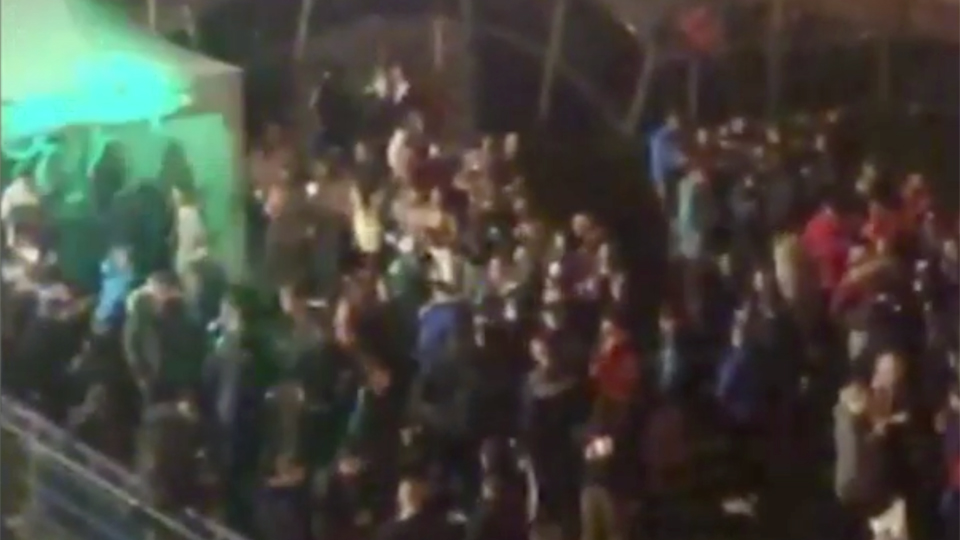 The first thing that any new British Prime Minister has to do, upon taking office, is to pen “the letter of last resort”. We have no idea what’s in it, but we know what it is: Instructions given, in a sealed envelope, to the commanders of Her Majesty’s nuclear submarines, only to be opened in the event that Britain has been nuked off the planet. It tells them, allegedly, whether to fire back, or to end the destruction and stand down.

Ireland does not have nuclear submarines, of course, as our act of last resort.

What we do have, apparently, is influencers:

Micheál Martin says "maybe using more influencers" is needed to communicate with young people, "and that is happening."

Young people, apparently, will not listen to the department of health. Or the Taoiseach. Or NPHET. Or the television, or the radio.

But, the theory goes, they might sit up and take notice if Pippa Ormond mentions the pandemic on her Instagram feed.

This is the same Government, incidentally, that’s floated giving the vote to sixteen-year olds. God help us.

The background to this, of course, is that there was a big rave in Dublin at the weekend, after the Government gave explicit instructions that there should be no, well, raves:

Gardaí were called to an outdoor rave in Dublin’s south inner city on Saturday night – the day after the capital was supposed to be in partial shutdown.

A video shows around 100 people attending the event involving a DJ and marquee on an all-weather pitch in Oliver Bond flat complex.

The complex is in Dublin’s south west inner city, which has one of the highest Covid-19 infection rates in the country.

There are, really, three possible responses to this sort of thing.

First, you can have more policing, with the Gardai tasked with going around Dublin breaking up every single party they find.

Second, you can pay Roz Lipsett a few grand to post an Instagram story about five things to do at home this weekend, in the hope that the youth of the south east inner city will discover how absolutely cool origami is.

Or third, you can concede that the British were right, all the way back in April, when they talked at length about the fact that people’s tolerance for a lockdown would be about two months, and that after that, the restrictions would break down:

Against a backdrop of public ambivalence, expecting people to recede into prolonged quarantines might prove ineffective. “The more concerned you are, the more likely you are to adhere to it,” Michie said. “If a big bunch of the population is not that concerned and you’re asking people to sacrifice quite a lot, it won’t be as effective if those two things are well-matched.”

That’s on the money, isn’t it? And it’s from March. What we have in Ireland, especially amongst the young, is almost the dictionary definition of “a backdrop of public ambivalence”, with a bunch of people who are “not that concerned”.

Put simply: If the people at the rave thought attending might kill them, they wouldn’t have gone. But they didn’t think that, so they did go.

Influencers are not going to change that, alas for the Taoiseach.

This is, of course, the argument for keeping the pubs open. One thing about the pubs is that they are organised spaces. They have bouncers, and people in charge. If you really want to limit the number of social interactions people are having, it’s easier to do that in a confined space than it is to do it when a party might pop up at any place, at any time.

The other thing to consider is this: the lockdown is, everyone admits, immensely economically damaging. The only chance it has of being beneficial is if it works. But on the evidence of the weekend, it’s going to struggle to work, meaning that we’re going to be implementing immensely economically damaging restrictions that everyone is ignoring – damaging the economy and doing nothing to stop the disease.

So why persist with it? There are some things in life you can’t stop. This virus, ultimately, might be one of them. It might be time to provide people with good advice, but no rules. Let those of us who wish to be careful be careful, and let those who don’t care take their chances.

The outcome might not be pretty, but, well, neither is this. And when you’re resorting to calling the influencers, your plan isn’t working.