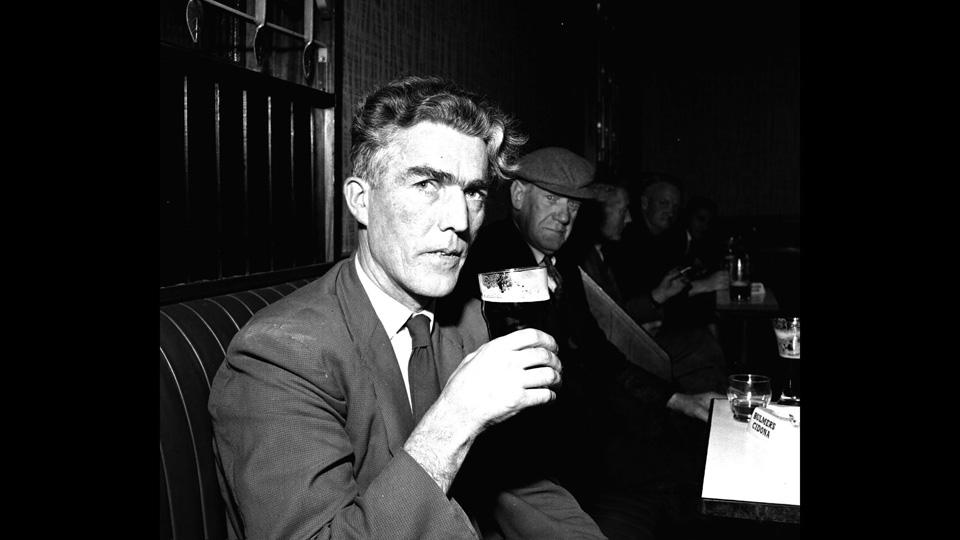 “There’s nobody living that can tell anyone where to put the grace notes,” Joe Éinniú once told an interviewer. The best songs had to be learned over years of listening, and sung with great passion and deep feeling.

These were the songs from his tradition – Ó mo Dhúchas as was the name of his best known album – and he was a brilliant and proud standard bearer of that long and rich experience that shaped the sound and resonance of sean-nós for him and for his ancestors.

Strong echoes of caointeoireacht, or keening, can be heard in Éinniú’s singing – a tradition he recalled and discussed in wonderful interviews on the Joe Heaney Archives (be warned, you can lose yourself for hours on this splendid collection). It’s been written that the Caoineadh above, traditionally sang in homes on Good Friday in Conamara, would often bring the singer to tears as the story of the Passion was brought vividly to life in the tragic telling from the perspective of a mother witnessing the death of her child. .

Joe Éinniú was a master singer with an extraordinary knowledge and command of a vast repertoire of songs, from the light hearted Peigín ‘s Peadar to the regret-laden Bean A’Leanna, and soaring to the heights of the beautiful, unforgettable songs like An Caisideach Bán, Eileanór Na Rún and his stirring rendition of Róisín Dubh.

Éinniú understood the history behind the songs, and he also understood, perhaps at first instinctively, the power of the virtuoso unaccompanied singing to reach deep into the emotions of both the singer and the listener. Deep into the soul too: I’ve seen many a person with no real knowledge of Irish or sean-nós moved by the manifestation of something with ancient roots, formed by sound and stone, by the experience and culture of generations.

My father, Séamus Mac Mathúna, arranged for Joe Éinniú to partake in a series of West Clare concerts along with other great masters of music such as Seán Keane and Willie Clancy. At one event, Éinniú felt the audience wasn’t giving the song the attention it merited (he was correct, Dad said), and he gave them a piece of his mind.

The crowd went quiet. The song and the singer got the respect they deserved.

He could be a prickly, difficult man, according to those who knew him, but some of that may have been due to the resentment he felt at the lack of recognition accorded to the great, complex and beautiful art of sean-nós. This was not mere folk-singing, as Seán Ó Riada pointed out, though orally transmitted, it was highly-developed, sophisticated and highly ornamented.

Seosamh Ó hÉanaí was an outstanding conduit of that magnificent, authentic tradition. While he was openly impatient with rough balladry, he applied those high standards to himself and sought to pass them onto others. He should have been granted patronage, instead he ended up – like so many traditional music greats – working abroad, often in menial jobs. It’s to this country’s eternal shame that we have failed so many of the musical geniuses from our own tradition in this way. An inferiority complex as a result of long occupation perhaps.

The Féile Chomórtha Joe Éinniú (Joe Heaney Commemorative Festival) is held every year in Carna. An Irish-language biography of him was written by Liam Mac Con Iomaire, while the film Songs of Granite looks at his life and his songs