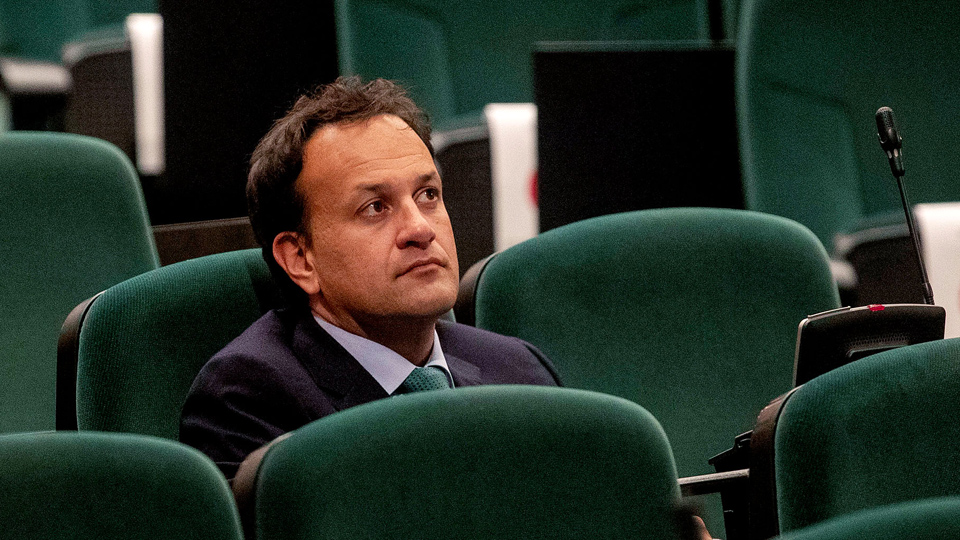 Good news from Fine Gael, everybody: Ireland is presently coming second in a snail race:

It's official: Ireland is the 2nd HIGHEST in the European Union for #Covid19 vaccinations.

Thank you to all the amazing frontline workers who are making this happen. pic.twitter.com/WNKOhs0nkl

To get to the ranking of second best in Europe, we must first forget, obviously, that our next door neighbours left the European Union, and not the geographic continent itself. They’ve presently vaccinated about five times as many people, per head of population, as Ireland has. If Brexit hadn’t officially happened yet, the Brits would be winning this race at a canter.

And what about other countries that aren’t in the EU? The United States and Israel, of course, are kicking our backsides. One of those countries is in political turmoil, a week away from changing its Government, and the other is in the midst of a General Election campaign. Both Governments, though, have managed to out-strip Dublin, comfortably. A quarter of all Israelis have already been vaccinated. In the US, they’ve vaccinated twice as many people as Ireland has, per head of population. You can find all the data here.

It’s not, therefore, that this boast is a lie. It’s true that we’re neck and neck with Italy for second place, amongst European Union countries. It’s more that it’s just an incredibly dishonest piece of spin.

The European Union has had a disastrous start to its vaccination programme. Being second best in Europe is a lot like Cavan bragging that they’re second in the National Hurling League, division four. Lofty by the standards of the competition, but nobody’s going to start buying Cavan hurling jerseys on foot of it, are they?

What’s more, it’s an open question as to whether our vaccination programme is even hitting the right targets. Here’s Keith Mills, with a very valid question:

This is very very poor use of vaccines. We don't have 70k people in patient facing roles.
Vaccines should be going to people whose lives can be saved. https://t.co/LBmTDHR0iA

He’s almost certainly right. How many nurses, for example, do we have in Ireland? The OECD looked at this back in 2019, and came up with a figure of about 55,000. The problem, though, as the Irish Times noted at the time, is that those figures are almost certainly a massive overstatement:

But here’s a thought: where do these professionally active nurses work? No one has clarified this, so I’m going to presume it includes the private sector as well as the public system. Ireland has 20 or more private hospitals. I’ve never seen a published figure so I don’t know how many nurses they employ, but it surely must be some thousand. So that’s the first part of the solution to the puzzle. Nurses in Ireland don’t all work in the public system.

What Mills is arguing, and he is very likely right, is that the vaccination programme, in the name of speed, has been vaccinating people who aren’t properly high in the priority que. 70,000 frontline workers, versus only 8,000 of the elderly and most vulnerable. In other words, those whose lives are most at risk from the Coronavirus have received a derisory number of vaccinations to date, versus a very large number of public employees, at lower risk, who have been vaccinated.

So if we’re in a podium place in the great European Snail race on paper, we may not be as high up when it comes to vaccinating those who most need it.

None of this is to slag Fine Gael unnecessarily, by the way. Their job is to tell us all that the Government is doing a tremendous job, and the media’s job is to poke holes in that, and figure out the truth.

Ireland is now placed second in European Union rankings for the number of Covid-19 vaccines administered per 100,000 of the population.

A total of 77,303 Covid-19 vaccines have been administered up to yesterday, according to the Heath Service Executive.

At a briefing this afternoon, HSE Chief Executive Paul Reid said 69,378 of them were received by frontline healthcare workers and 7,925 were received by people in long-term care facilities.

Wait. Did I say countering the Fine Gael spin? The tweet from Fine Gael went up at 9.53pm last night. About 90 minutes later, RTE runs a story parroting it, uncritically. It took me about fifteen minutes to point out the problems with this analysis, despite the fact that Gript gets zero euros from the taxpayer. RTE couldn’t be bothered doing anything but re-gurgitating Fine Gael spin, despite the fact that you’re compelled to pay them for the privilege.

C’mon: Dublin’s ban on handing out communion after mass is absurd

With lockdown, We have unleashed an age of petty tyranny