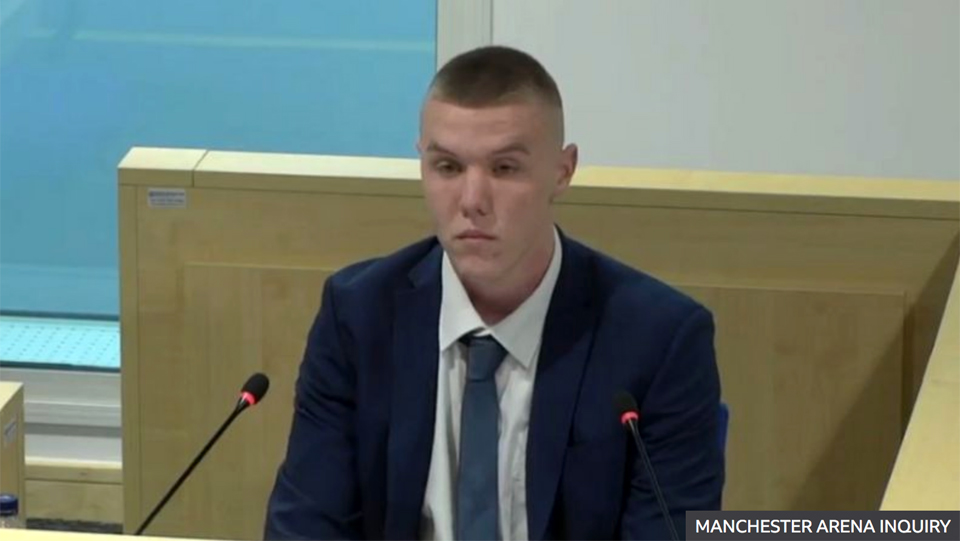 Kyle Lawler, an 18 year-old security guard at the time, did not approach Manchester Arena suicide bomber Salman Abedi for fear of being branded a racist, an inquiry has heard.

Lawler was standing 10 or 15ft away from Abedi five minutes before the explosion and had a “bad feeling” about the terrorist, but felt he “did not have anything to justify that” suspicion.

Although he had been reported to security by a member of the public at the Ariana Grande concert, at 10.31pm on 22 May 2017 Abedi (22) detonated the bomb in his bag laden with 3,000 nuts and bolts.

Almost ten minutes before that, a Showsec steward, Mohammed Ali Agha, had informed Mr Lawler of the report and both men continued to monitor Abedi, who Lawler said was “fidgety and sweating”.

Lawler told the Manchester Arena Inquiry that he “felt unsure about what to do.”

“It’s very difficult to define a terrorist. For all I knew he might well be an innocent Asian male.

“I did not want people to think I am stereotyping him because of his race. I was scared of being wrong and being branded a racist if I got it wrong and would have got into trouble,” he claimed.

“It made me hesitant. I wanted to get it right and not mess it up by over-reacting or judging someone by their race,” he added.

Lawler tried to radio the control room, but could not get through, whilst Abedi left the foyer of the Arena and walked towards the emerging crowd, reportedly smiling before detonating the bomb,  murdering 22 bystanders and injuring hundreds more.

Lawler said he “had a guilty feeling, I had a lot of blame on myself”, after the bombing.