In praise of Andrew McGinley 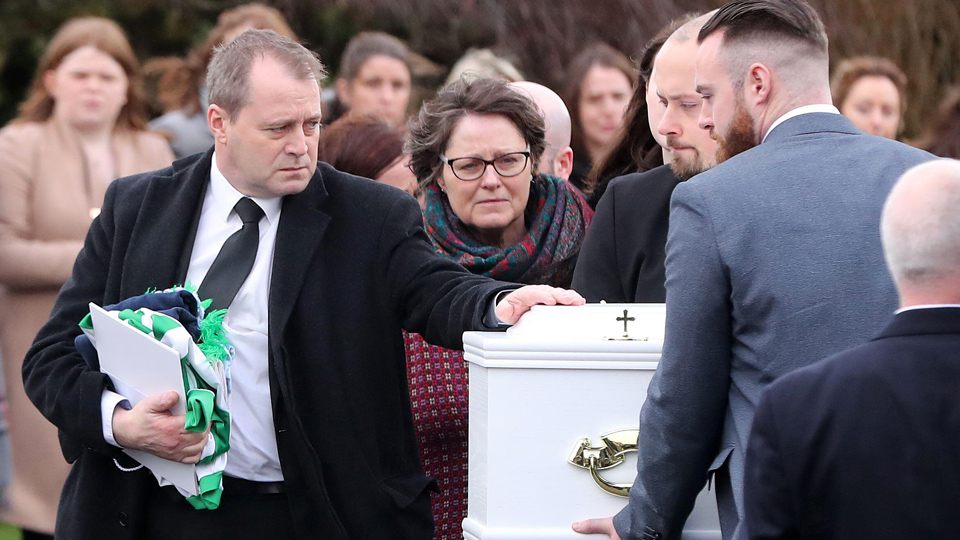 Life being what it is, all of us will endure suffering, loss, grief, and hardship at some point during our time in this world. Very few of us, thankfully, will ever know pain like that suffered by Andrew McGinley.

To lose one child is a cause of unimaginable grief. To lose three, and to lose them at the hands of their mother, the person you married, is a pain that none of us can even comprehend. As McGinley himself said yesterday, the first thing many people say to him is simply “I don’t know what to say to you”.

“Start with hello”, he tells them, “and we’ll take it from there”.

“Everywhere I look around, I see happy memories of the kids.”

In his first broadcast interview since his children were killed by his wife, Andrew McGinley speaks to @MiriamOCal about his "three great friends" | #rtept | Read more: https://t.co/VZsLjXocRY pic.twitter.com/I6PQWucLbw

What is remarkable is not simply that he has borne this loss. It is that he has borne it with such strength, and fortitude. In all of Andrew McGinley’s public statements, reflections on his own grief and pain do not feature. He has determined that the right thing to do is to use every moment of public attention he has to promote the memory of his children.

In yesterday’s moving statement, issued after the verdict in his wife’s trial, he could have chosen to vent his anger, and distress, at the person who took away his children. Instead, he spoke of her with compassion, and dignity, and in a more measured tone than that used by many members of the public, who were not her victims:

The rational human mind cannot contemplate, or comprehend, the actions taken by Deirdre Morley. Whatever demons drove her to take three lives, and destroy many more, are beyond the understanding of a normal person. Many who do not know her, or her family, have struggled with how to react. The jury, effectively directed by the Judge to find her not guilty by reason of insanity, deadlocked nonetheless, and required hours, and a majority verdict, to arrive at that conclusion. Clearly, at least some jurors would have convicted her of murder.

In these circumstances, nobody would begrudge Andrew McGinley, or criticise him, had he expressed hatred for his wife. That he did not, and instead focused, with measured language, on the lessons that can be learned from her treatment, is evidence of his character.

There is no right, or wrong, way to react to tragedy on this scale. Andrew McGinley is not an example to others who might face a similar loss. To praise him is not to say that he is grieving the right way, and that others are grieving incorrectly. To praise him is simply to note that few Irish people, throughout our long history, have faced a loss on the scale that he has suffered. That he has kept his humanity, and his compassion, throughout it all, is remarkable.

In the aftermath of his loss, Andrew McGinley set up a charity, As Darragh Did, which gives money to local community organisations and sports clubs who want to get children involved in their community, through sport, or other means. He plans to write books for children, based off the stories and characters created by his children. He has created a youtube channel, to forever immortalise their birthdays, bowling outings, and visits to Santa. Where most of us would have collapsed into grief and negativity, everything Andrew McGinley has done since suffering this unimaginable loss has been positive.

May Darragh, Conor, and Carla rest in peace. And may their memories forever be a comfort to their father.