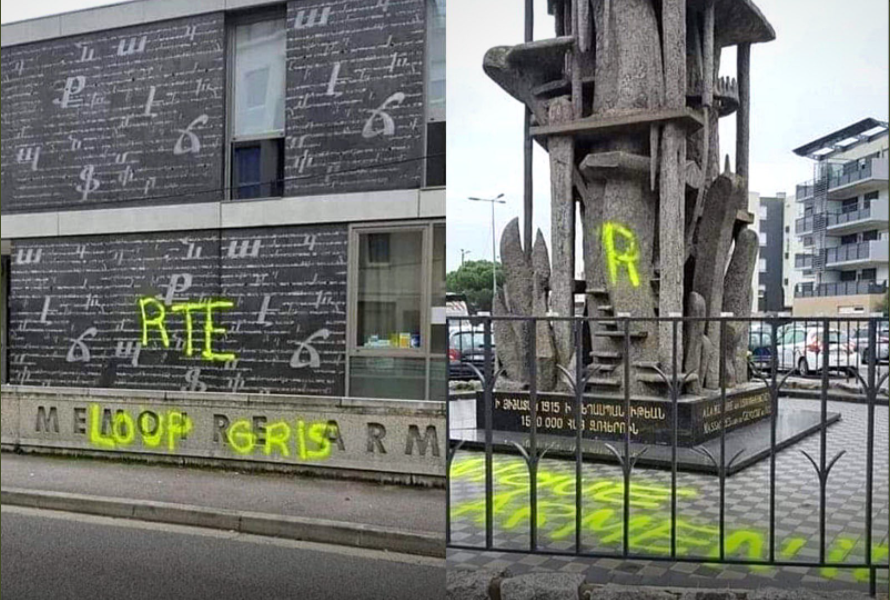 The move, which is to be put to the French cabinet on Wednesday, comes after a monument dedicated to the Armenian genocide was vandalised near Lyon over the weekend with graffiti including the initials of Mr. Erdogan.

Amid simmering tensions between France and Turkey as Armenia and Azerbaijan struggle for control of the Nagorno-Karabakh territory, the proposed ban would mean any meetings or demonstrations in France by the Grey Wolves, an international movement, could result in imprisonment or fines according to French Interior Minister Gerald Darmanin.

“To put it mildly, we are talking about a particularly aggressive group,” Darmanin told reporters yesterday.

Footage also emerged last week of Turkish demonstrators marching through the streets of Lyon, reportedly looking for Armenian Christians. Clashes outside the city resulted in four people being taken to hospital.

Hundreds Of Turks & Azeris Take To The Streets In Lyon, France Looking For Armenians. pic.twitter.com/qq0545nGvP

The Grey Wolves are considered the militant wing of the Nationalist Movement Party (MHP) and caused major disruption in Turkey during the 1970s and 1980s when its followers clashed with rival parties.

President Erdogan took the unusual step of questioning Emmanuel Macron’s mental health after the French president defended the right of magazines to offend Muslims in the wake of Samuel Paty’s death last month.

Macron has since recalled his ambassador to Ankara for discussions about how to manage relations with his NATO counterpart, telling reporters that their differences could be solved if Erdogan did not tell lies and showed some respect.

The Armenian genocide, in which an estimated 1.5 million Armenians were killed by the Ottoman Empire in 1915-16, remains a major source of division between Turkey and Armenia, with Mr. Erdogan joining many Turks in disputing the figures and denying that their deaths were premeditated.

REPORT: Hundreds Of Turks Take To The Streets In Dijon, France Looking For Armenians. pic.twitter.com/GSQO3zDDey