Every woman in Ireland signed up to this election pledge. Maybe you missed it. 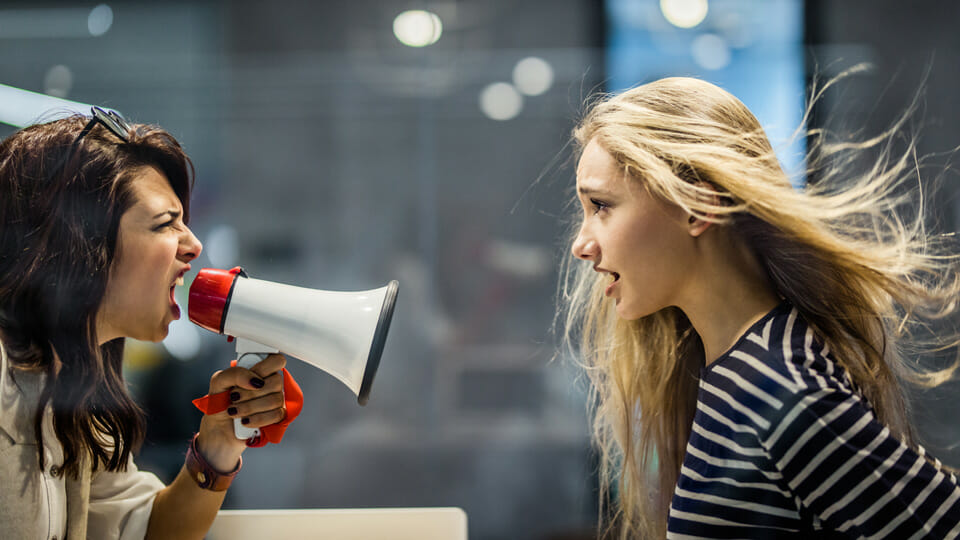 One of the great things about being a modern, liberated woman is that your autonomy and your right to decide for yourself is respected.

We’re all strong, feisty, opinionated and independent women now, smashing the patriarchy and taking no prisoners. The future is female, we’re told. Gone are the days when women were hidebound by convention and told what to think, or, even worse, how to vote. That’s all in the past.

It seems to me that we’re still being told what to say, what to think, and how to vote, except this time its the matriarchy who think they’re in charge of us – like the National Women’s Council who produced a Feminist Manifesto for Election 2020 to save us having to worry about forming opinions of our own.

The problem with this is that its evident they believe you’re not a real woman – or at least your opinion is not properly formed – unless you toe the line with a small but shrill coterie of mostly privileged feminists who think they have the right to speak for every woman, including you and me.

To hell with that.

Women are not a bunch of bewildered sheep possessing homogeneous views and in desperate need of self-righteous, self-important, self-appointed women’s groups to represent us.

We’re well capable of representing ourselves, thanks very much.

Yet, increasingly in the media and in the eyes of policymakers, a gaggle of middle-class women’s studies graduates in tax-payer funded NGOs are assuming they can speak for all Irish women. I don’t remember signing up to that.

Last week, for example, most of the leaders of Ireland’s political parties were falling over themselves to tell us voters what great feminists they are.

“Do you consider yourself a feminist?” they were asked by the Great Collective Representing Every Single Woman in Ireland, also known as the National Women’s Council.

“Begod we do,” they all replied for fear they’d be taken out and scourged at a pillar before being publicly crucified by the National Media Which Knows What Every Woman Ireland Should Think.

This is despite successive opinion polls  which show that, in fact, most women don’t consider themselves to be feminists. In fact, the percentage that do identify as feminists can be as low as 20%.

That’s not surprising. Feminism has a bad rap for a very good reason. I’m one of five sisters and I have four daughters. We all want women to have equal opportunities and to be happy and successful in whatever life they choose for themselves. But that doesn’t seem to be the goal of feminism anymore.

Feminism now seems more about hating men – and about despising women who think differently, such as women who choose to be at home when children are small, or women who believe that only biological women should take part in women’s sports, or, God forbid, women who think abortion is not something to publicly celebrate with conga lines in Dublin Castle.

It also seems to involve an incessant claim to victim-hood, at a time when women are out-performing men in many areas, especially in education, which is the most important factor in achieving equality and success. (In fact, the real and persistent disadvantage in this country is to be born poor, but no-one, least of all the woke lefties obsessing about climate change and abortion, seems to care about that anymore.)

The National Women’s Council also asked candidates to sign up to their lengthy #Election2020 Feminist Ireland Manifesto  – a long wish-list which included preventing elderly women from burning coal and generally assumed that every woman has a left-liberal bias in their political thinking.

They act as if every woman in Ireland had signed up to their election manifesto. Maybe you missed that memo. So did I.

What really drives this nonsense is the arrogant belief that we ordinary women – those of us not enlightened by a Masters in gender studies or other such waffle – are incapable of independent thought, and we need to be told what’s best for us. So the matriarchy is just as controlling and presumptuous as the patriarchy then.

Why is no-one surprised?

And it gets worse. Not only do we have self-serving NGOs justifying their salaries by claiming to represent us – we’re also paying their wages. Millions of euro in our taxes have been handed over to this quango who then claim to represent Irish women on every issue under the sun.

The NWCI should be abolished. We’re all strong, feisty women now. We don’t need an over-funded, unrepresentative NGO to speak for us. And we sure as hell don’t want to pay for it.