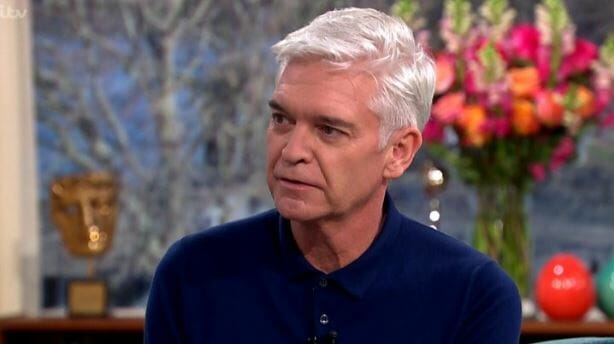 Philip Schofield is bravely facing the applause of the UK, with many commentators commending the ITV presenter yesterday for no longer “living a lie”, supposedly.

Even my colleague John McGuirk, while declaring that Schofield was no victim, asserted that he was “brave” nonetheless. One would think he had just taken Paris for the Allies. I could not disagree more.

Words like “brave” appear to me as little more than an attempt to imply victimhood and thereby let him enjoy the cultural power which that status brings.

In reality, a brave move would have been to stick by the woman whom he vowed to love and serve all his life, 27 years ago, despite whatever feelings or attractions he would have to deal with.

If any man or woman slowly but surely, or suddenly, found their spouse unattractive, and started being strongly attracted to other people, how many of us would consider it brave to for them to leave that spouse?

How many of us would consider it brave to load that burden on their children?

Very few. But because this involved announcing himself as gay, suddenly the goalposts shift in the modern mind, and all sense of reason is lost in the maelstrom of emotion it triggers.

One’s sexual inclinations and attractions to people other than your spouse are suddenly to be celebrated, it seems.

It’s a timely reminder of the societal shift in how we understand marriage too. Whereas in the past marriage was largely recognised as a life-long union of a man and woman, regardless of how their feelings ebbed and flowed, nowadays one party’s feelings of fulfillment and satisfaction will typically dominate the decision whether to hang in there or not.

We all know people can get into marriages where the suffering is so great that living separate lives is the only option, but the culture of divorce and the unrealistic expectations of what wedded bliss should entail, along with a fixation on sexual fulfillment and license, have wrought havoc in many homes, and not least in the lives of many children.

A certain Stockholm Syndrome exists in my estimation, with unquestioning masses of people lauding the “liberation” and “progress” of the sexual revolution, only to wonder why it is that their spouse is cheating on them, why it is they can’t find a man that wants to marry amid a glut of sexual permissiveness, why a pornography addiction only makes the user more empty, or whether childhood wounds caused by a broken home might make us rethink the wisdom of divorce.

Philip Schofield would not have been living a lie if he persevered in his marriage, despite a dearth of feelings. Whatever suffering he would endure would have been testament to the truth of his word when he exchanged vows on his wedding day.

Schofield’s victimhood is real in as much as he has been misled to believe love is primarily dependent on feelings, something that would render love mere sentiment.

Love however is most true when it works and suffers for the good of others, elevating their needs above one’s own. We might think about getting back to that definition.