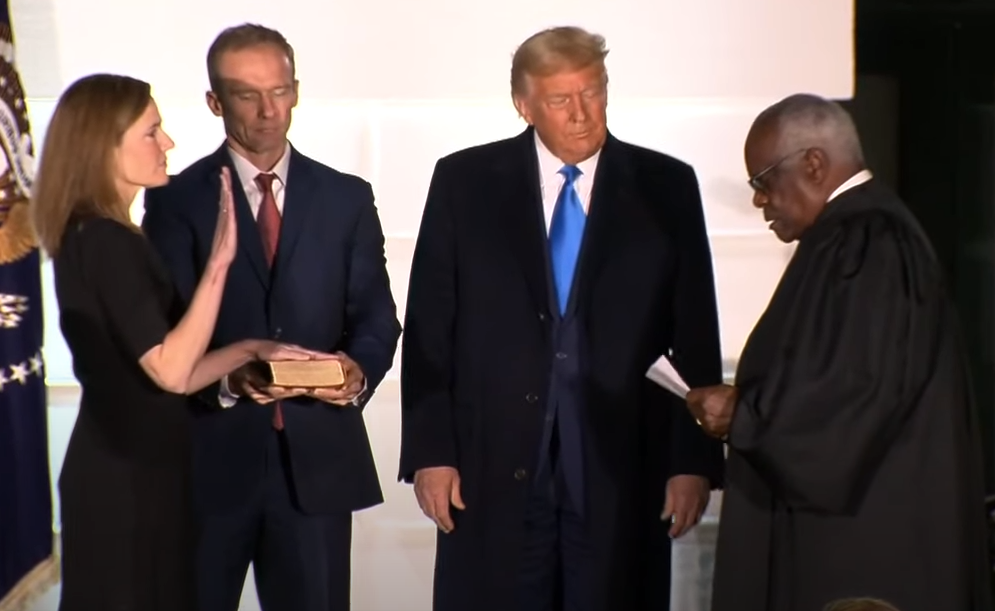 Justice Amy Coney Barrett was sworn into the US Supreme Court last night by Justice Clarence Thomas at the White House.

After a days of hearings before the Senate and eventually being confirmed by 52 – 48 votes last night, Amy Coney Barrett has officially taken her place on the US Supreme Court bench.

“This is a momentous day for America, for the United States Constitution and for the fair and impartial rule of law,” the president said before guests on the South Lawn of the White House.

“I stand here tonight, truly honored and humbled,” Barrett, a 48-year-old Catholic, said shortly after being sworn in.

The Senate vote saw Democratic senator Mazie Hirono, D-Hawaii, walk to the table at the centre of the room and say “hell no” with a thumbs down whilst she voted and then left the chamber.

Republicans, all of whom voted for Amy Coney Barrett except Sen. Susan Collins, broke into applause after the result was announced.