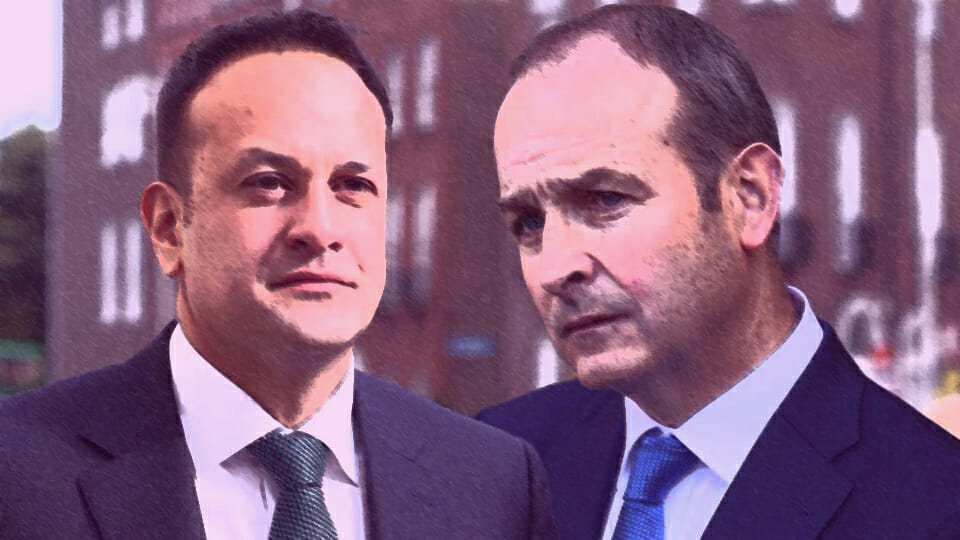 The passage of the 1997 Electoral Act might have come and gone without great fanfare as John Bruton’s tenure neared its end, but the impact of the bill on elections since has been profound.

The effect of the bill has been to transfer significant sums of taxpayer’s money to the political parties that perform best in each election, thus allowing them to cement their position of strength over those parties and individuals that languish in the polls or are new to the game.

In 2018 alone, eight political parties received a total of €5.9 million in funding, with Fine Gael and Fianna Fáil both receiving over €1.5 million each from this pot because of the high percentage of first preference votes they received at the last election.

Receiving over half of the €5.9 million on offer, the two parties have been able to spend this money on building a political machine few others can hope to compete with.

Although parties are not allowed to spend this money directly on election campaigns, the benefit of having a well-staffed and resourced PR machine in between elections is unquestionable, not least because every other penny raised by different means can then go directly to their election war chests.

In order to enjoy any of this pie, new parties must first attain 2% of the first preference votes given to all qualified parties in a general election, which is no mean feat if you are starting without many, or any, elected representatives.

Even then, 2% of first preferences will mean you only receive a fraction of what the bigger parties receive under the Electoral Act.

The imbalance does not end there however. The Oireachtas Act 2014 affords party leaders and Independent Oireachtas members a ‘parliamentary activities allowance’ that can prove even more rewarding to parties than the Electoral Act’s generous offerings.

Over €7.5 million was paid to eight parliamentary party leaders in 2018, with Fianna Fáil pocketing over €2.4 million, Fine Gael taking almost €2 million and Sinn Féin enjoying over €1.5 million. Funding to Independents in the Dáil amounted to just over €703,000 in 2018.

The amount afforded to leaders is calculated on the basis of the number of TDs the party has in the Dáil, although a government party’s funding is reduced by one third in light of the service they receive from civil servants in state departments.

This annual funding is used to cover expenses such as consultancy, the employment of staff within Leinster House, and general administration.

The cumulative effect of these funding measures however has been to all but exclude grassroots parties that have few or any elected representatives from becoming electorally viable.

How could a newly founded party with largely unknown candidates and little to no money hope to attain similar levels of public engagement, media coverage and electoral impact compared with some of the main players?

The sad reality is that politicians have spent well over €100 million of taxpayers’ money since 1997, making themselves more electable to voters who might otherwise prefer their money to be spent directly on improving the country.

Whilst TDs must be given adequate supports to allow them fulfill their duties, the current funding system, whether intended to or not, has served only to reduce the potential for political alternatives to survive.

We hear much about threats to democracy from ‘fake news’ and tech manipulation, but the veneer of free and fair elections seems very thin when one scratches under the surface to see how our elected elite have already stacked this particular deck in their favour.

The solution is simple: take most public and private money out of politics, and then see who’s still interested in serving the people, and who’s policies resonate best.