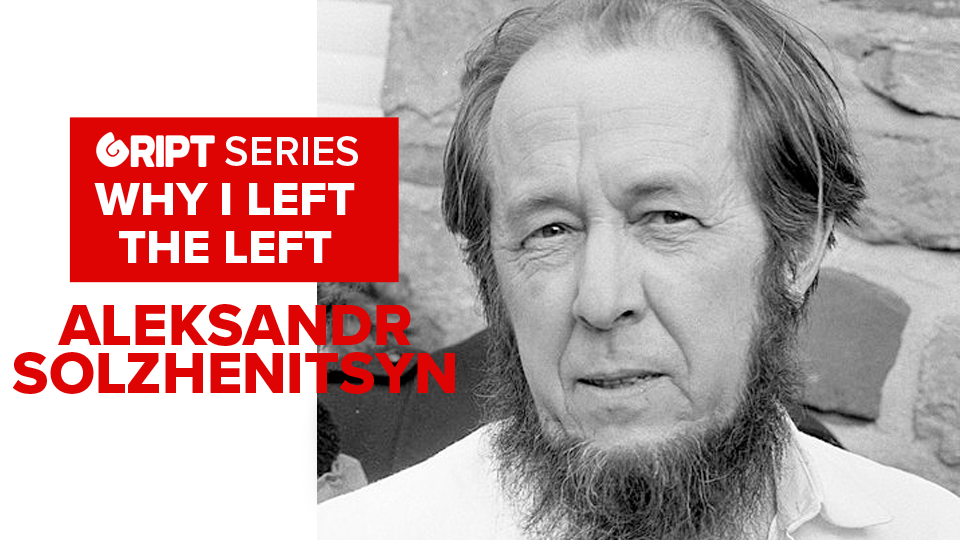 Aleksandr Solzhenitsyn was awarded the Nobel Prize for literature almost 50 years ago, in October 1970. While few people could tell you who the latest laureate is, Solzhenitsyn’s elevation dominated the news globally in 1970.

It was a major embarrassment to the Brezhnev regime in the Soviet Union and to those who had devoted a lifetime to defending it as “progressive.” One such was Betty Sinclair a leading member of the Communist Party of Ireland who when the announcement was made on October 8 recorded her disgust in her diary and described Solzhenitsyn’s supporters as “spineless.”

Solzhenitsyn had initially been proposed by Art et Progres in Paris and prominent anti Stalinists including Francois Mauriac and Raymond Aron lobbied on his behalf. Solzhenitsyn did not travel to Stockholm but his acceptance speech was later widely publicised. In it he referred to those on whose behalf he was writing; those who had perished in their multitudes while he had been fortunate to survive to tell their tale.

He also mentioned the then current infatuation of western youth with the Chinese cultural revolution. His remarks are just as relevant today: “Yet among those who have seen life and could understand and could argue with these young people, many don’t dare and even try to ingratiate themselves – anything so as not to appear ‘conservative,’ which is another nineteenth century Russian phenomenon: Dostoyevsky called it enslavement to progressive twaddle.”

The KGB relentlessly harassed Solzhenitsyn after this; sending his allies to prison or psychiatric wards, murdering at least one of those who hid his manuscripts, and in August 1971 attempting to murder Solzhenitsyn himself with ricin. In February 1974 he was arrested, charged with treason, deprived of Soviet citizenship and deported.

Solzhenitsyn was born in 1918 and as a child witnessed the devastation of the 1921-2 famine and the increasing brutality of the Bolsheviks. When he was ten young Communist Pioneers harassed him over his family’s religious beliefs and he succumbed to pressure and joined the Pioneers. As one of his biographers D.M Thomas said of him, it was the last time he was forced into conformity.

He fought in World War II and became a captain. He was arrested in 1945 for allegedly insulting Stalin in a letter and was sentenced to 8 years in the camps and 3 years internal exile under Article 58 which included organising counter-revolutionary activity. After Solzhenitsyn contracted cancer in 1952 he was given little chance of survival. His experience became the basis of his novel Cancer Ward. He was released into exile in 1953 and was rehabilitated by Khrushchev in 1957. 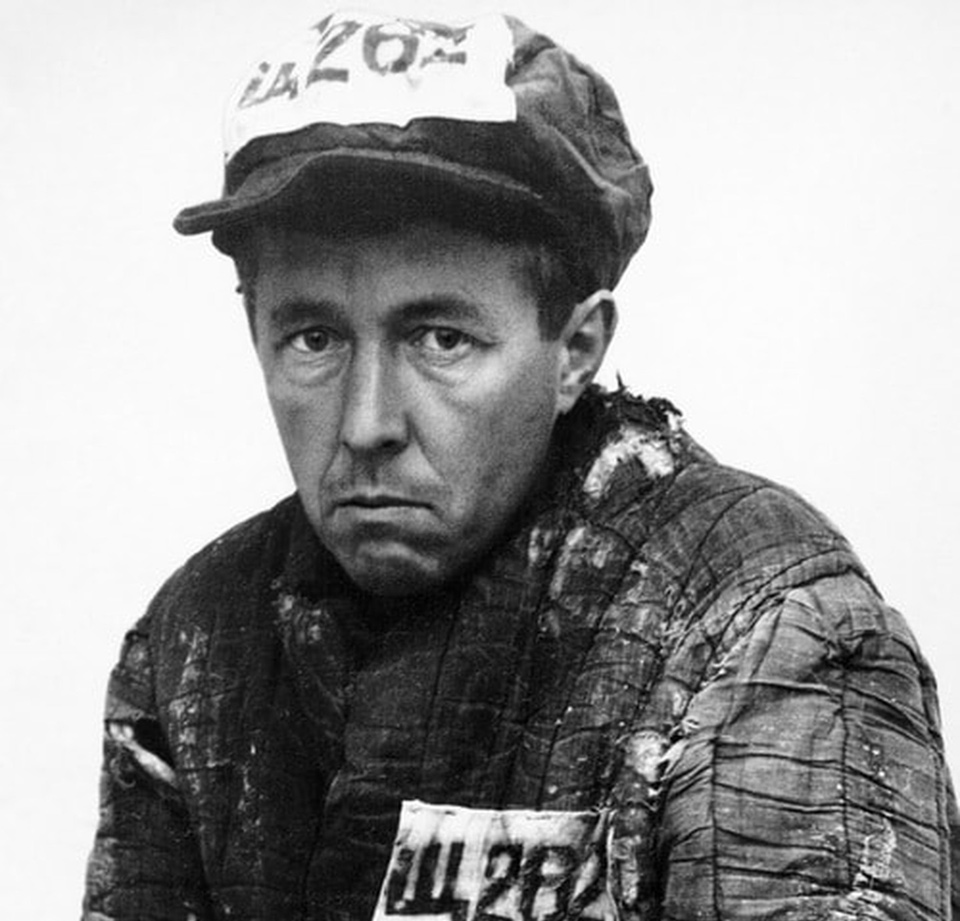 The editor of Novy Mir was Alexander Tvardovsky who was a poet and a candidate member of the Communist Party Central Committee and of the Supreme Soviet. Orlando Figes believes that Tvardovsky reported his father to the NKVD after he had fled from the place to which the family had been deported as ‘Kulaks’ in 1931. He did show considerable courage in mostly defending Solzhenitsyn who does not say whether he was aware of Tvardovsky’s betrayal of his father.

Much of Solzhenitsyn’s work including the epic history of the camps in the Gulag Archipelago is centred on betrayal. The entire society was built on distrust and infested with informers, including, it seems, Solzhenitsyn’s first wife Natalya.

In a world where a person could save themselves or earn advancement by denouncing others, Solzhenitsyn appears to have been fortunate in his choice of friends and allies. He put great faith in his own ability to recognise traitors and in The Oak and the Calf memoir claims that he could “see right through a man as soon as he entered a cell.”

Some of those who betrayed others – and in the camps that effectively condemned a person to death – did so through fear and desperation. Outside, many informers were likewise men and women seeking to save themselves, but others in every walk of life informed through jealousy, personal dislike or for career reasons. Plus ca change!

Where tremendous pressures exist to conform and toe the line, individuals succumb through fear. That pertains not only to totalitarian societies as we are aware in the midst of the current “cancel culture” where the hounds are unleashed on persons who have stepped out of line, forcing them in many instances to recant their “unwoke” heresy.

Solzhenitsyn’s writings and the history of the Soviet state prove that almost invariably grovelling is never enough to preserve oneself. Those who recant are doomed any way; if not physically then existentially. They lose their soul if nothing else.

Solzhenitsyn in exile brought the same withering moral and intellectual eye to bear on what he perceived to be the superficiality, contradictions and complacency of western liberalism. In June 1978 he delivered the Harvard commencement address in which he pointed to a “Decline in courage … particularly noticeable among the ruling groups and the intellectual elite, causing an impression of loss of courage by the entire society.” He might have been addressing the same theme at Harvard in 2020 where it seems that many of the pampered children of the “elite” have surrendered to leftist irrationality.

Solzhenitsyn believed that the west had come to privilege individual freedom above personal responsibility and had embraced the fallacy that “There is no evil inherent to human nature.” That had led to a massive increase in crime in the United States, facilitated by an apathetic political and judicial system. He might have been speaking of Chicago or New York or Portland today.

In the battle against the evils of totalitarianism, “only moral criteria can help the west.” Solzhenitsyn stressed that such a morality had nothing to do with the abandonment of the Vietnamese and others to Communism as America had done under pressure from its “pacifists.” He also counselled against the rapprochement with China initiated by Nixon and Kissinger.

It is perhaps apt that the New York Times, currently among the worst examples of the media capitulation to the “cancel culture,” proved to be the main critic of Solzhenitsyn’s Harvard speech. It described him as a zealot with a dangerous world view. George Will the conservative commentator caustically noted that the NYT’s sceptical liberalism “extends to all values except its own.”

Solzhenitsyn did live to see the collapse of “actually existing socialism” and returned to Russia in 1994. He was not enamoured of Yeltsin and the new oligarchy of former Communists and “bandits.”

He died in 2008 and is remembered not only as the paramount and most devastating critic of socialism as it came to be in power, but also of the moral and intellectual fallacies that gave birth to it. 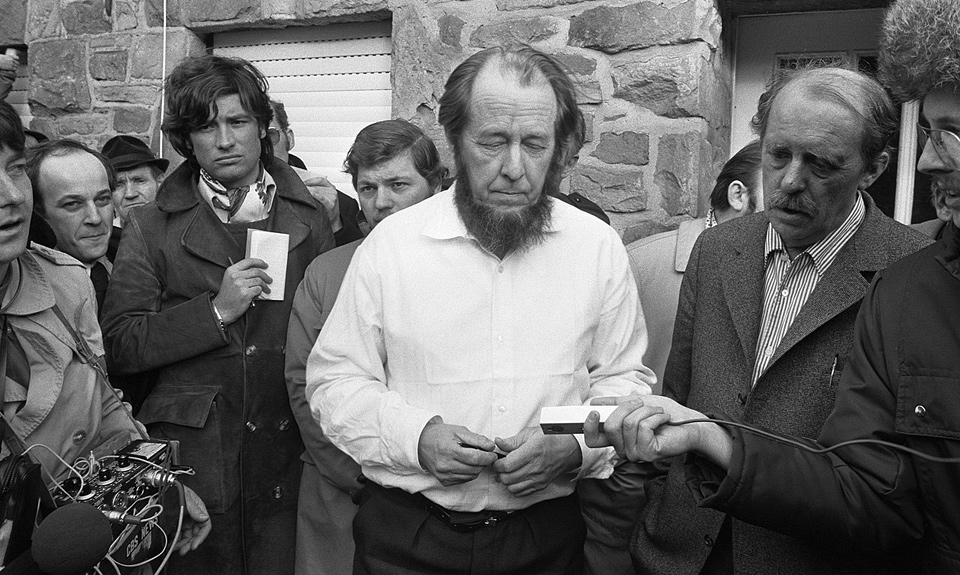 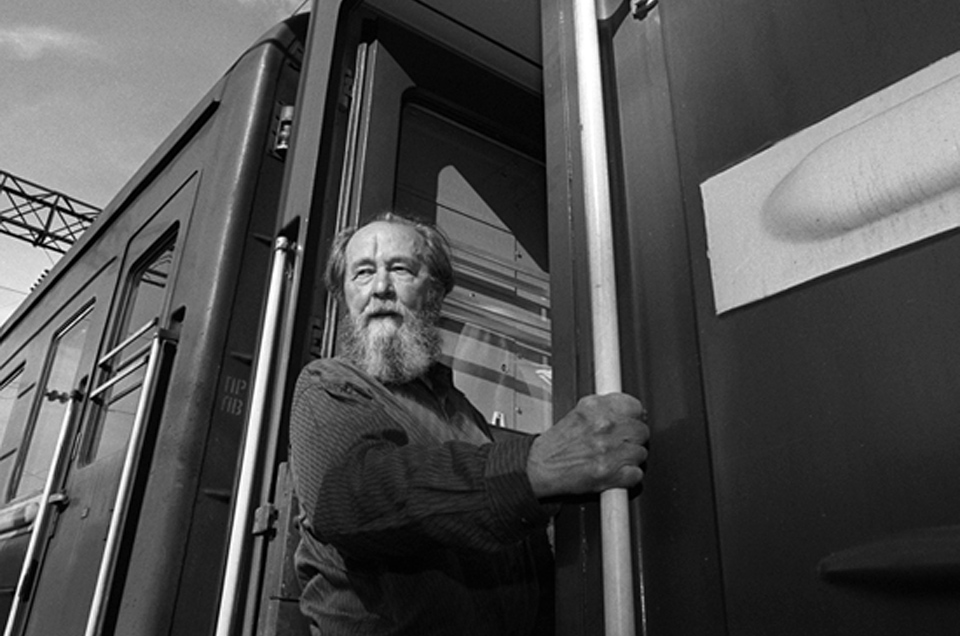 Russian writer and Nobel prize winner Aleksandr Solzhenitsyn looks out from a train, in Vladivostok, summer 1994, before departing on a journey across Russia. Solzhenitsyn returned to Russia after nearly 20 years in exile. Photo by Mikhail Evstafiev 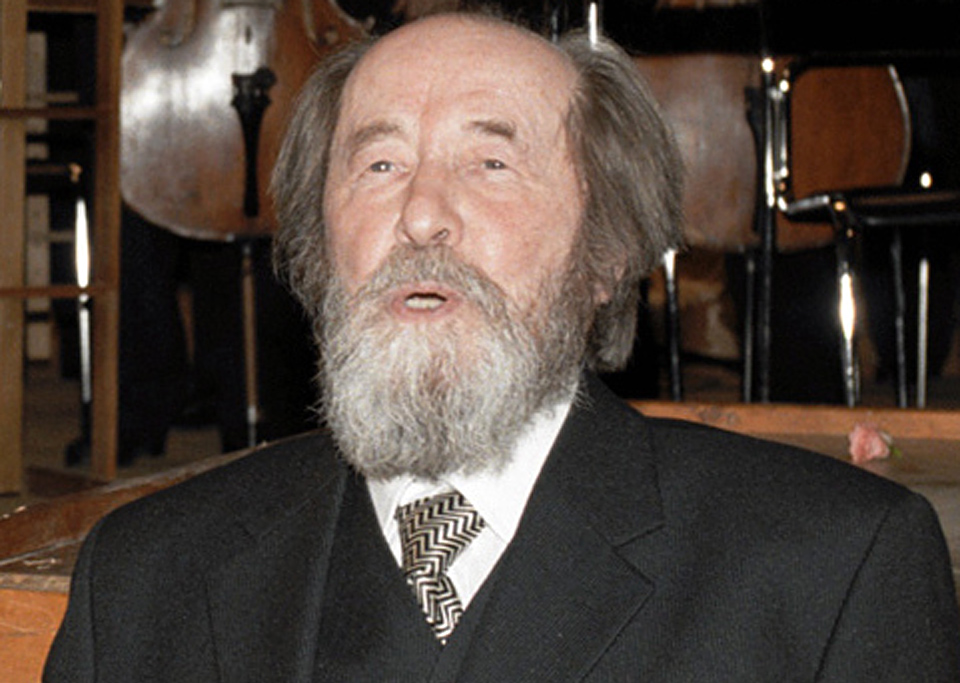