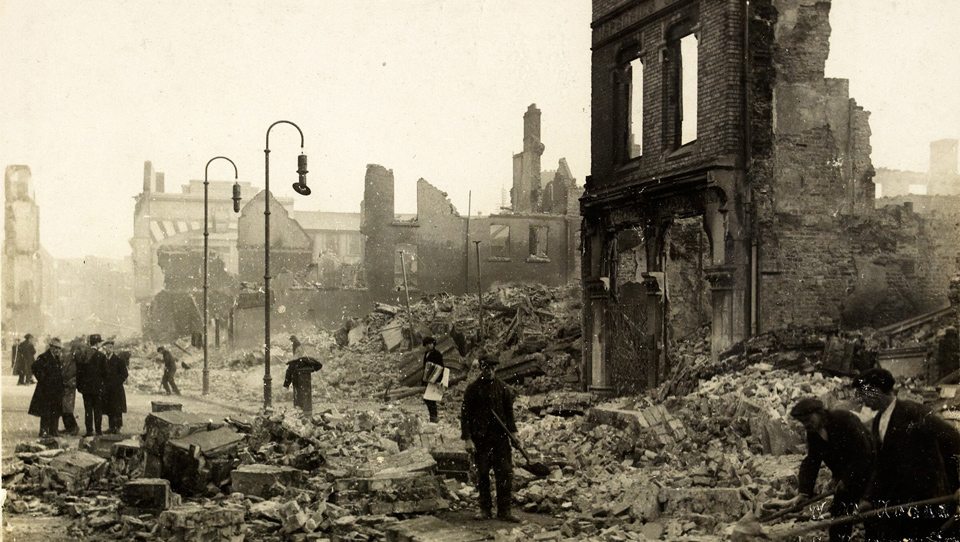 The annual traditional music school,  Scoil Samhradh Willie Clancy, has been moved online for a second year in a row due to Covid restrictions but amongst the online classes, concerts and presentations on offer is a feature of special interest to singers, historians and anyone with a grá for Ireland’s freedom.

Who Feared Not the Might of the Foe: Songs and Poems of the War of Independence – is a feature-length video presentation which looks at seventeen pieces around the struggle for freedom, with a special focus on the event of a century ago.

The idea was shaped by singer Francy Devine and historian Pádraig Óg Ó Ruairc and edited and produced by Séamas Sheils of Fonn Traditional Music and Song.

“Pádraig Ó Nualláin begins with Peadar Kearney’s The Row in the Town while Francy, himself, provides a stunning version of Patrick Galvin’s Where O Where Is Our James Connolly?, accompanied by Highland bagpiper Noel Kelly. Kelly later pays homage to Cork Volunteer, Flor Begley, who played a number of stirring pipe tunes during the Battle of Crossbarry with Let Erin Remember/The Minstrel Boy/Wrap the Green Flag Round Me, Boys. Éibhlís Ní Ríordáin gives a spirited rendition of Phil O’Neill’s The Cumann na mBan while former Lord Mayor of Dublin Mícheál Mac Donncha sings The Bold Black and Tan,” Fonn online reports.

Specific incidents or figures from the war are remembered: “Miltown Malbay’s Peadar Cleary sings of The Ambush at Rineen; Aodán Ó Ceallaigh delivers a mighty version as Gaeilge of Seán Treacy; Derry’s Vincent Doherty’s offers a jaunty Johnston’s Motor Car; while the acclaimed Daoirí Farrell gives a powerful rendition of The Valley of Knockanure with his characteristic lyricism and musicality,” it continues.

A stirring rendition by Paul Robeson of Kevin Barry is included as is famed singer Tim Dennehy’s version of the Sigerson Clifford’s classic The Boys of Barr na Sraide.

Deirdre Ní Dhorchaí reads the poem At Soloheadbeg a War Began while uilleann piper Mark Redmond’s The Lament For Staker Wallace – played on the set of pipes which belonged to 1916 leader Eamon Ceannt’s set of pipes – is also heard.

The video presentation will premiere on Saturday July 10 at 3pm – and will be available to view by ticket-holders until Sunday July 18.

How the Winged Hussars saved Europe from the Turks–and were immortalized by J.R.R. Tolkien