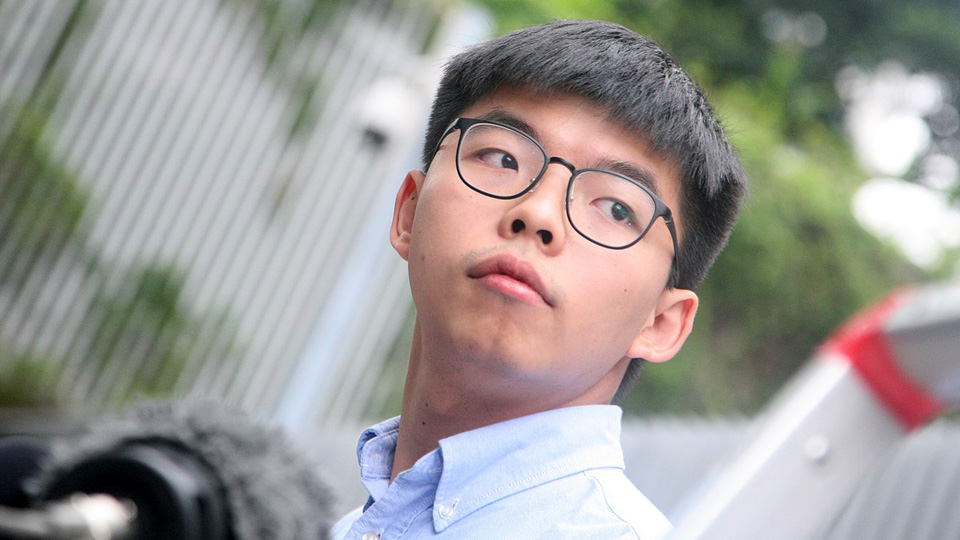 Pro-democracy activist Joshua Wong has been sentenced to 13 and a half months in prison by a Hong Kong court.

Wong pleaded guilty to organising and inciting an unauthorised assembly outside a police station during demonstrations against the government last year.

Agnes Chow and Ivan Lam, who campaign with Wong, were also jailed for 10 and seven months respectively, on charges linked to the same demonstration.

The protest saw thousands of demonstrators converge on police headquarters in June 2019 to highlight police brutality and continue their opposition to a now-withdrawn extradition bill that would have seen Hong Kong residents suspected of criminality face trial in China.

Chow (23) was sentenced for the first time, whilst Wong (24) and Lam (26) had previously been jailed for their activism.

All three activists had been remanded in custody pending their sentencing, with Wong held in solitary confinement under constant light because of an unidentified shadow discovered on an X-ray.

The judge today said she was left with no other option than to jail the organisers of the protest.

“The defendants called on protesters to besiege the headquarters and chanted slogans that undermine the police force,” Magistrate Wong Sze-lai said as she read out the sentences.

“Immediate imprisonment is the only appropriate option,” she claimed.

Wong shouted at supporters as he was escorted away: “The days ahead will be tough but we will hang in there.”

The crowd then chanted a popular protest slogan: “Add oil!”

“It’s not the end of the fight,” Wong said through his lawyer.

“Ahead of us is another challenging battleground. We’re now joining the battle in prison along with many brave protesters, less visible yet essential in the fight for democracy and freedom for Hong Kong.”

Human Rights Watch’s labelled the ruling “heartbreaking and outrageous”, in a judgement residents of the semi-autonomous city are seeing as a clear signal from Beijing’s allies that dissent will not be tolerated.

Reuters: Wuhan’s nightlife is lit, last Covid-19 case in May