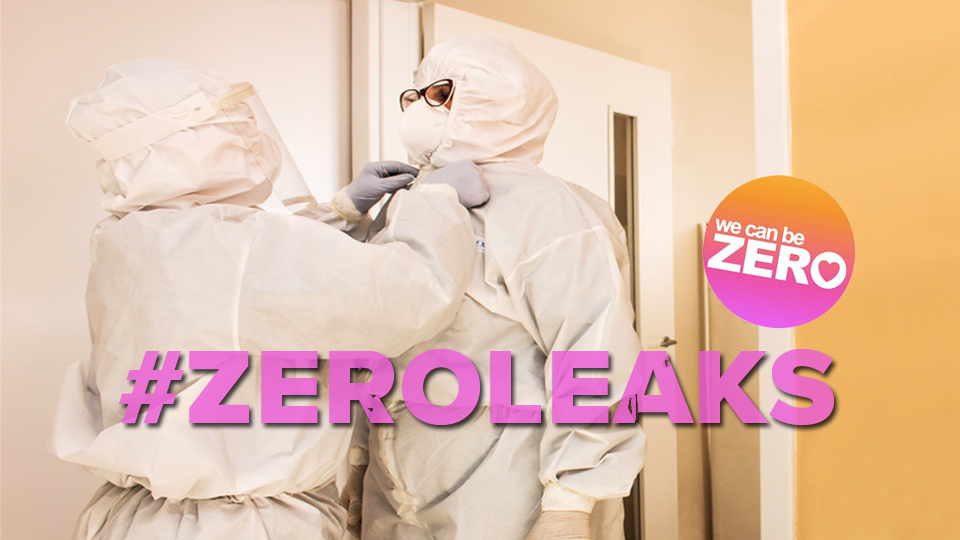 Internal WhatsApp and Signal messages seen by Gript show that prominent members of the increasingly influential “Zero Covid” campaign group – officially known as the Independent Scientific Advisory Group (ISAG) – privately believe that the group may not be able to fully stand over some of the promises and statements they have made to the public and politicians.

The messages seen by Gript were part of a trove of emails, draft documents, and captured phone conversations that were leaked to Gript by a member of ISAG.

Some messages show members expressing uncertainty about how long it could take for their proposed policies to take effect, with no clear consensus emerging. One prominent ISAG member, when told it seemed that there was no clear consensus in the group about when the country would be able to begin to reopen under their proposals, told Gript that, “I think that’s absolutely fair, there isn’t.”

Whilst internal debate is perfectly normal within a scientific group the degree of uncertainty in the messages seen by Gript is in stark contrast to the certainty of the assurances they have made to the public, and politicians, about the alleged impact of a “Zero Covid” approach.

“Zero Covid”, according to the group’s public arguments, would see Ireland enter a short, sharp, and total lockdown, in order to eliminate Coronavirus Covid 19 from the island. After that lockdown, life could, it is argued, return to normal with the exception of international travel and increased levels of testing. The “Zero Covid” campaign takes its inspiration from the perceived successes of similar policy approaches in Australia and New Zealand.

Privately, however, some members of the Group concede that the “short, sharp” lockdown cannot be guaranteed to work and that further national lockdowns would not only be possible, but likely.

These will be necessary, according to the messages, both in order to deal with the B117 strain of Covid-19 that has become prevalent in Ireland, which appears to be substantially more transmissible than standard Covid-19, and because anything less than perfect implantation of their policies could lead to outbreaks.

Tomás Ryan, one of the founders of ISAG, wrote an article in the Business Post on the 31st of January which said that adopting a zero-Covid approach would allow the country to begin to open by mid-April, and to then “move into a much more liberated and social summer period, albeit with greatly reduced international travel”. ZeroCovid, he said, was like chemotherapy, “crude” and “painful in the short-term” but could “remove the tumour and return a relatively normal life.” When questioned by Gript Ryan told us that the mid-April date he had laid out in the Business Post was “not entirely scientific” and that his concern was “fundamentally about the target” rather than giving an exact date.*

In his article Ryan wrote that whilst the Government have refused to adopt Zero-Covid policies, “it’s not that they don’t believe it works – they are well aware that it does.” And yet the messages seen by Gript show that, even amongst ISAG, there was considerable uncertainty about the policies. Ryan himself has been pessimistic about the impact of the B117 variant on the management of Covid-19, having written in a previous article for the Business Post that “no country has so far demonstrated what it takes to contain this new variant after it becomes prevalent.” The B117 variant now makes up 90% of new Irish cases.

We asked Ryan about a particular message, made in the Covid Key Opinion group, which is not associated with ISAG but is rather an informal third-party “backchannel”, which seemed to show him agreeing with a statement that the prevalence of the B117 strain would require the country to remain in lockdowns, of level 4 and level 5, for the rest of the year. Ryan told us that he was referring to the situation if ZeroCovid policies were not implemented and that he still believed that ISAG’s policies could be successful within about 10 weeks of implementation.

Ryan has actually previously said that five weeks could be sufficient time, although when asked about it he told Gript that, “In theory you could do it in two weeks” but that practically “it wouldn’t work…I have never been of the view that we can do it in five weeks in Ireland.”

(just to clarify, we have control over the last point. We could actually do it in 5 weeks if we decided to. The variance in time required is based on our actions/strategy, not random chance).

We Can Be Zero, ISAG’s new public facing campaign group, recently wrote directly to the Taoiseach asking him to adopt their ZeroCovid policies. These policies, they told him, would allow him to, at best, “open large parts of the domestic economy in mid-April”, thereby “rescuing many indigenous employers and jobs.” One ISAG member, when asked if there was certainty within ISAG that mid-April would be a practical date to reopen parts of the economy, told Gript that  “we gave a time because you have to give a time” and that “we don’t know how long this will take.”

This letter also told the Taoiseach that, if he implemented ISAG’s policies, there would be no need for future national lockdowns, as any outbreak would be handled by “active public health intervention” instead. ISAG members, at the time the letter was sent, privately discussed their belief that the avoidance of further national lockdowns could not be guaranteed, and that it was highly likely that they would in fact be required.

When we asked Ryan if the promise of lock-down free living was a promise that he felt ISAG could stand over, given what we’ve seen in other countries that have adopted these policies, he told us that ISAG did not promise that their policies would remove the need for national lockdowns, and that the active measures referenced in the letter, as an alternative to lockdowns, could actually include “a national lockdown of 3-5 days” as “the worst case scenario.” Ryan said that “I wouldn’t have an issue with a short national lockdown” if it was required to keep things under control, and that “I don’t think anyone would disagree with that in ISAG.”

And yet, ISAG felt comfortable sending a letter directly to the Taoiseach which explicitly stated, without reservation, that their policies, if adopted by the Irish Government, would remove the possibility of further national lockdowns.

Interestingly no member of ISAG or WCBZ appears to have registered as a lobbyist despite their repeated outreaches to politicians, nor is the group registered with SIPO.

* UPDATE: After publication Tomás Ryan contacted us to state that his point here was that it is not possible to be entirely scientific about any possible exit date, and that he does not consider the inclusion of a potential exit date in his article in the Business Post to mean that the article itself was “inaccurate or unscientific”. Gript does not believe that this contradicts our reporting, but we are happy to make his position clear.