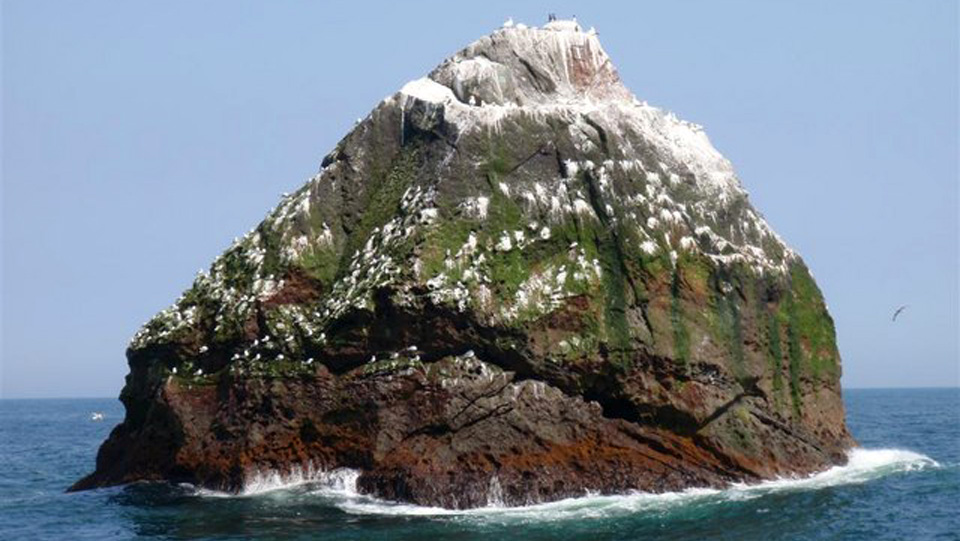 Officers from a Scottish patrol boat boarded a Donegal vessel near Rockall on Monday, stopping them from fishing within a 12 mile limit of the outcrop.

Skipper Adrian McClenaghan told RTÉ News that his boat, the Northern Celt, was about to drop its nets when Marine Scotland officers boarded the Greencastle boat and demanded they leave the area.

“We were fishing in Rockall and members of the crew from the Jura boarded us. They informed us that we could no longer fish inside the 12-mile limit of Rockall,” McClenaghan said.

The crew had traveled approximately 240 nautical miles to get to the haddock-rich waters, but were forced to retreat following the intervention.

The Scottish patrol boat, called “The Jura”, has been policing the Rockall area since January 1st, when the UK left the EU, but competing claims around whether the UK can claim sovereignty over the area remain.

Ireland, for it’s part, has never recognised British claims to ownership of the islet or its waters.

The news follows further condemnations of the EU’s agreement to partially concede the fishing rights of Irish boats in UK waters as part of last month’s Brexit deal.

“We have 164 boats over 18 metres in the Irish fleet. These are the boats that will be hit the worst.

“To balance the books for the Irish fleet you are talking about an annihilation of the fleet; we would maybe have 100 boats left.”

“The EU needs to say we don’t want your Irish fishing fleet to go out of business because the fish are in your waters like they are in the UK so we’re going to give some of our entitlements back to you to keep your fleet fishing.”

Minister for Agriculture and the Marine Charlie McConalogue had confirmed Ireland would lost 13 percent of its prawn quota and 26 percent of its mackerel quota because of the EU-negotiated deal, costing the Irish fishing industry an estimated €35million a year according to the minister.

Murphy however says the figure is closer to €90million this year because of the knock-on effect of lost exports.

“The ramifications of the Brexit trade deal will soon be felt in every coastal community as the Irish fishing industry has been hit hardest by the deal,” he explained.

“In effect, the Irish fishing sector has been thrown under the proverbial bus, while the Irish government watch on like bystanders instead of protecting our interests.

“For instance, prior to the deal, the Irish fishing industry caught 60% cent of its mackerel in UK waters, but the negotiated deal means this will now be reduced to around 13 per cent. Belgium and Spain will lose less than 1,000 tonnes per annum in the pelagic sector, while Ireland will lose a staggering 23,496 tonnes. Surely, this indicates a government or Minister asleep at the wheel, to allow this to occur.”

“The unfortunate impact of this deal will cost thousands job. Clearly, the government failed to stand up for this sector which directly supports 16,000 jobs in rural parts of this country.”

Irish doctors want to help at home – but are stranded abroad