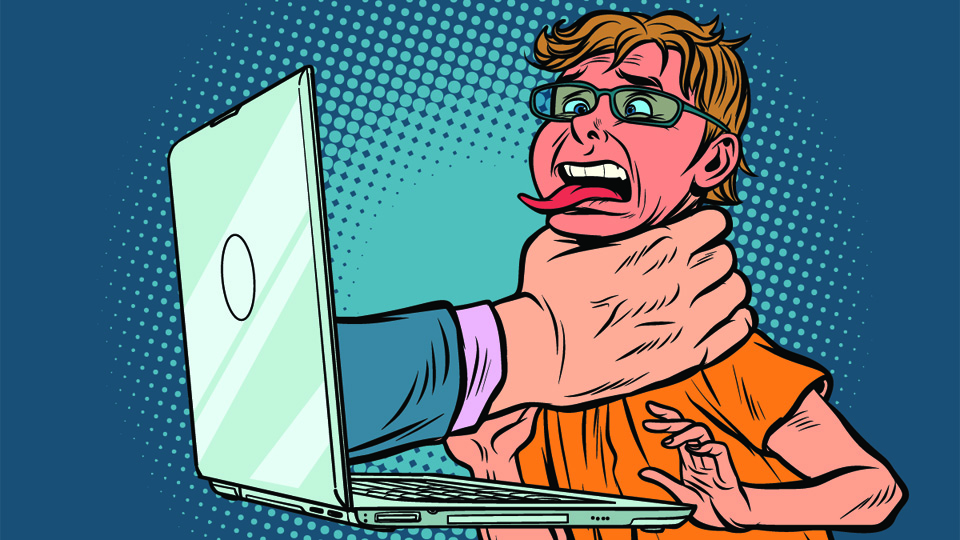 That is because, in this new world that’s emerged over the weekend, you have to be very conscious, on the right, that you’re arguing with one hand tied behind your back.

If you are a black lives matter activist, you can be just as angry as you want to be. You can rage. You can roar. You can breach social distancing. You can call people “crackers”, and not be referring to their mental health.  You can riot for months, and nobody will care.

If you do not like Brexit, you can be as angry as you want to be. You can yell and scream that the referendum was rigged. You can call your fellow citizens traitors. You can denounce anyone you like as a fascist.

If you do not like Trump, you can be as angry as you want to be. You can yell and scream and blame, without any evidence, the Russians. You can tweet that you hope he dies. You can be just as nasty, and just as combative, as you’d like to be.

Social Media companies, by and large, won’t care. How you behave doesn’t matter. The only thing that matters is what you believe.

No, this is, largely, about bigotry.

To most, normal, Irish people, for example, almost any action taken against Donald Trump is good.

He is, after all, almost universally believed to be a malignancy. An aberration. A dangerous conman. A risk to the global order. Plain mad.

When his supporters – who are, after all, a strange, noisy, and odd lot, almost genetically engineered to be the kind of folks a middle-class Irish person can smugly look down on – suffer similar retribution from large companies, we can all cheer that, too. When Cletus from Texas gets banned from the internet and can’t post about God, guns, and the bible anymore, we’re sort of pleased, because it tickles our prejudices. When Parler – an alternative to twitter, populated mainly by exiled Trump fans – gets shut down by google, amazon, and apple, we cheer that too, because those people are dangerous, after all.

And let’s be perfectly clear: It’s not because we have some great principled objection to anything Donald Trump says, or does. It’s because we plain don’t like him, or his supporters.

Do we object to him saying that the US election was rigged? Hardly. Irish people, and the Irish media, have been cheering on people in the UK who’ve been calling the Brexit referendum rigged for five years now. We laughed and sneered when Trump supporters said they wanted the military to re-run America’s November Election. But we fervently prayed and hoped that Boris Johnson would be toppled, so that Brexit could be undone, with, or without, a new referendum.

Indeed, when was the last time that Irish politicians accepted a referendum result that went against their collective strong preference?

Do we object to his alleged incitement of political violence and rejection of political norms? Come on now. This is the country that gave Sinn Fein the largest share of seats in our parliament a year ago, when that party steadfastly refuses to recognise the very legitimacy of the Irish Republic.

Do we object to Trump’s personal life, and his treatment of women? Nah. We loved JFK, and Bill Clinton, two men for whom the Presidency was a part time job, compared to their primary occupation, which was spreading sexually transmitted infections.

No, no, no. Very few, if any, Irish objections to the existence of Donald Trump are based on genuine principle. Middle Ireland has always disliked brash, working class, loud, classless Americans. And Trump is the brashest, loudest, most classless American there is. If Irish people must put up with Americans at all, they should be the soft-spoken, blue-eyed, intelligent type, who don’t much like their own country.

Our dislike of Trump isn’t really even about Trump. It’s about what, and who, he represents. Hillary Clinton got in bother, back in 2016, for calling Trump supporters “deplorables”. Had she said it to an Irish audience, she’d have gotten a cheer.

So when gigantic multinational corporations decide to band together to delete Donald Trump, in all meaningful senses, from the internet, we’re delighted. “If only”, we say, “they’d do the same thing to Gemma O’Doherty!”.

And perhaps they will, soon. We’ll all cheer again. The precedent has been set, now. The decision about who gets a platform to speak in our democracy is no longer in the hands of voters, but in the hands of corporations. And what happened this weekend happened because a critical mass of western citizens would prefer to live in a world run by corporate boards who share their values, rather than risk losing an election to their fellow citizens.

Assisted suicide was meant to bring DOWN the number of other suicides. Instead they went up by 34%.