The response of Fianna Fail and Fine Gael to Sinn Fein surging ahead in the polls show that the parties are too out of touch to actually stop Sinn Fein’s rise.

Voters want change, we can see that in any of the polls on the matter, but Fianna Fail and Fine Gael, under the leaderships of Leo Varadkar and Micheal Martin, have become basically the same party, at least on a policy level. They disagree on nothing major and they have nothing to distinguish them other than the internal cultures of the parties and their history.

Leo may tell you that something or other should raise by 7% and Martin may say it should raise it by 6% but ultimately, between the two of them, they have reduced the difference between their parties to tribalism and contrived grievances. We saw that with carbon taxes, Sinn Fein said they wouldn’t bring them in and Fianna Fail and Fine Gael responded by saying “we’ve all agreed that they’re the only option” as if the mere fact they thought something was the only option actually made it so.

They’ve created a situation in which anyone who wants actual change, of any real type, will struggle to find a reason to vote for one or the other. With the two parties so closely aligned change cannot be brought about by replacing one with the other. And so Sinn Fein becomes seen as the only option to bring about actual change.

They’ve been helped by the fact that the Varadkar administration has been largely inept, exceedingly self-congratulatory about that ineptitude, and the fact that Fianna Fail allowed that ineptitude to happen. Fianna Fail allowed it to happen because they guessed that Leo and his people would be so useless that Fianna Fail could then sweep in and reap the rewards when voters soured on Leo. They apparently didn’t consider that voters could realise that every minute the Varadkar administration existed was a minute of life that was personally gifted to the administration by Fianna Fail.

The polls that show Sinn Fein pulling ahead show Sinn Fein with strong support in nearly every demographic in this country. 35% of the 18-34 year old demographic support Sinn Fein. They have substantially increased their reach beyond their traditional working class voter. The tired and tested ‘Sinn Fein are not a normal political party’ line is no longer effective outside of very specific demographics. Fianna Fail and Fine Gael HQ seem incapable of realising this, and so they will continue to attack Sinn Fein in a way that only helps Sinn Fein.

There are a nearly infinite amount of ways Fianna Fail and Fine Gael could act to actually undermine Sinn Fein’s growing support. But in order to do that they’d need to accept that Sinn Fein is, for a growing number of people, just another political party. That would require Fianna Fail and Fine Gael to change how they see Irish politics and their own place within it.

The days of Fianna Fail and Fine Gael being the only options are dead, and they’re dead not due to voter fragmentation, or disenfranchisement, or whatever other excuse party strategists are currently writing up as internal explanations for this fiasco. They’re dead because Fianna Fail and Fine Gael killed them, through their own ineptitude and by removing the option of real choice within the two party system from the Irish people.

Fianna Fail and Fine Gael have spent the last week saying that change shouldn’t be seen as automatically good and that people shouldn’t be reckless in seeking change, but at this point both of them should consider that sometimes change is necessary if you want to continue to survive. 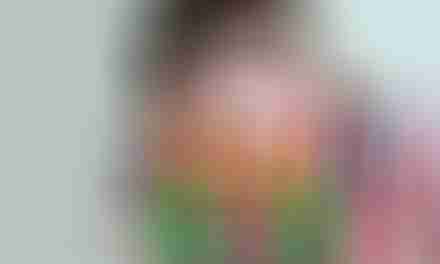