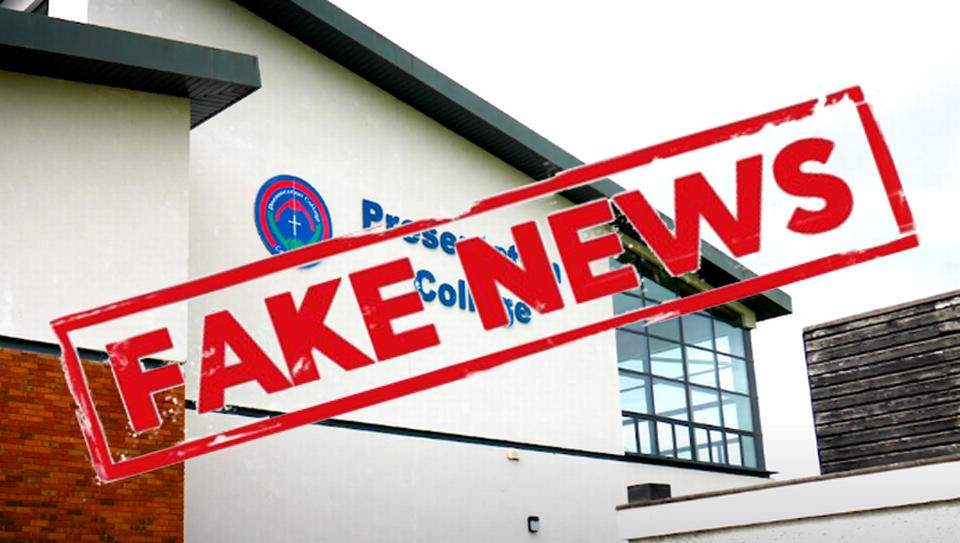 By now, unless you’ve been living under a rock, you’ll have heard the disgraceful story about rampant sexism – and borderline paedophilia – in a Carlow School.

If you have been living under a rock, here’s how the Journal covered it tonight:

THOUSANDS OF PEOPLE have signed a petition in protest over female students at a school in Carlow reportedly being told to not wear tight clothing to PE classes.

Female students in Presentation College Carlow were told not to wear tight leggings to school as it was “distracting” for their teachers, the Carlow Nationalist reported today.

The newspaper said that talks were given to girls in the school across all year groups, but their male classmates were not spoken to about their clothing.

Parents and students have registered their anger over the incident.

FEMALE students in Presentation College, Carlow were told not to wear tight leggings to school as it was “distracting” for their male teachers. Female students from sixth year right down to first year were called out class by class on Friday morning to be told that they shouldn’t wear tight clothing because it was too revealing of their bodies and made their teachers “uncomfortable”.

They were also told not to roll up their skirts too short or to tighten up their jumpers and sweatshirts as this was also too revealing of their body shapes. While girls of all years were spoken to, the younger ones were “given a PG” version of the rules, while the older girls were warned against showing off their female anatomy. The talks, delivered by each year head, left students angry and several were in tears.

Note what is missing in both stories.

Nowhere, in any media outlet, is the person, or persons, who made these remarks identified. Was it a male teacher? The Principal? The Year Heads?

The comment has set the nation’s newspapers and radio stations alight – but nobody, upon nobody, can tell us who, exactly, made the comment.

The Carlow Nationalist story implies that the comment was made repeatedly – in other words, to “class after class” of teenage girls. That means there are potentially hundreds of witnesses who can identify the person or persons who made these remarks. And yet, nobody has been identified.

You might say “oh well, the media doesn’t want to libel somebody”. But that’s nonsense – if multiple witnesses can identify a teacher, or someone else, as having made the comment, then you can fairly report that multiple witnesses have identified that person.

And if you do not want to name them – perhaps because you fear that people would take vengeance on them – then you could make it clear that you know who it was. For example, you could write “we understand that the comments were made by a male teacher, and that a complaint has been made to the principal about his remarks”.

But we don’t even get that.

Now, matters may progress, and perhaps a teacher or some other member of staff will be identified in due course as the person who made these comments to female students. But that does not change the fact that right now, on Tuesday night, nobody in the Irish media has been able to confirm that these comments were actually made at all.

No student – not one –  has made an on the record allegation that has been reported. Nearly all of the reporting seems to be a re-hash of the Carlow Nationalist story, which itself is horrendously vague.

The condemnation all comes from a few parents – but none of those parents were, or could have been, first hand witnesses to the comments.

It is, at the time of writing (and this may change) perfectly plausible to imagine that one pupil in the school mis-heard something, told their parents, who posted it on facebook, and a panic was born out of nowhere. That may not be what happened, but it’s a perfectly plausible interpretation.

But that hasn’t stopped the Irish media.

Every male teacher in that school now stands accused, in the public eye, of drooling over teenage girls in their leggings. Several of them, reportedly, have suffered serious and sustained social media abuse.

The school, and it’s entire staff, have been publicly shamed.

And yet, no journalist can even confirm who made the alleged comments.