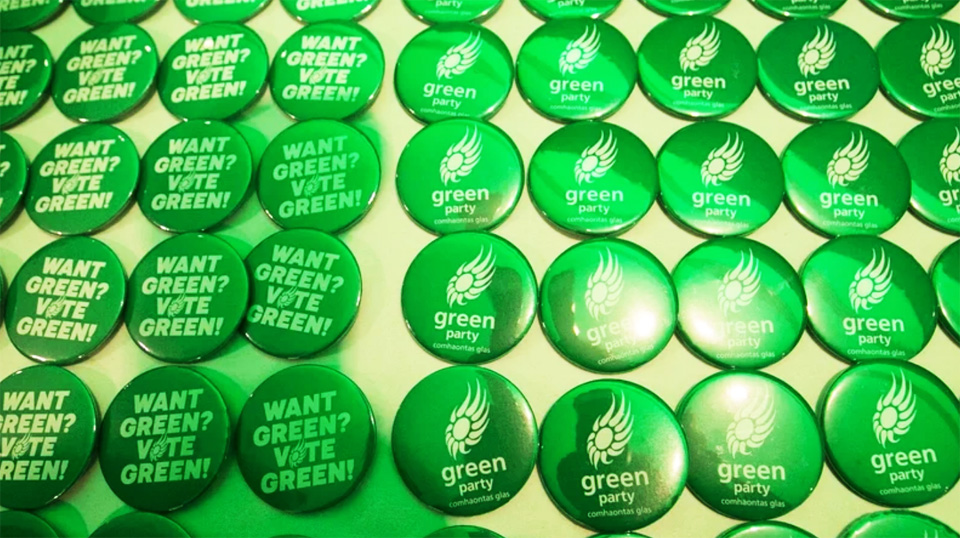 Many of us living in rural Ireland feel the Green party is openly hostile to anything beyond the Pale. From telling their canvassers to use “simple language” on the doors of country folk, to the demonization of farmers over climate change, the Greens seem to have very little comprehension, understanding or empathy for the people living outside of the cities. Many who vote Green, vote that way because they have this vision of some benign band of tree huggers who just want to save the planet. The truth is that the Greens have targets on the back of every facet of Irish rural life.

The Green Agenda and the mainstays of rural life mix about as well as oil and water. Be it turf-cutting, eating meat or hunting, you can pretty much guarantee if rural Ireland lines up on one side – the Greens will line up opposite them. In the past few weeks, we have seen the Pheasant Hunting Season suspended under the auspices of Covid-19 regulations. My phone blew up at that announcement, as friends and colleagues one after the other lost the rag with the inexplicable regulation. Pheasant hunting is done outdoors, and can be done easily consistent with social distancing regulations. Indeed, it can be a solitary activity if needs be.

Many believe that suspending Pheasant hunting under the auspices of Covid-19 will first introduce the notion of getting along without it – and asking the question is it really necessary? The longer it is suspended, the less people neutral on the issue think about it. Then once the shove comes to make the suspension a ban, many will be wondering why do we need it? Perhaps in that time, some will turn from Pheasant hunting to other country pursuits and the Greens get their way. Certainly, the Greens in government are bullish enough when it comes to country pursuits. In the dying months of the Brian Cowen government, Greens strong-armed Fianna Fáil into supporting the ban on stag hunting. In a similarly weak government, are we so sure they will not repeat the same trick on other issues?

We only have to look at other congruent examples where mainstays of rural life have now gone the way of the Dodo. My mother and grandmother fondly recount how it used to be to be a big thing in the summer to go down to the bog and cut turf (and catch a bit of a tan whilst at it). Look at old video reels of Rural Ireland and nigh on in every clip there’s either clips of turf cutting or piles of peat freshly cut. Now thanks to the Green agenda, generations of Irish people have grown up without any experience of this tradition and with the prospect of experiencing this tradition banned by law.

The Green Party has – at various points – also committed to ending so-called ‘Blood Sports’ which includes various forms of hunting and coursing. In the name of biodiversity, the party has also opposed culls of various animals such as badgers. The party has also proposed banning fur farming. In terms of fishing, the party is stepping up regulation of the sector under the auspices of deterring over-fishing. It’s peculiar that their concerns over ‘over fishing’ only ever seem to apply to domestic fisherman as opposed to their European equivalents who are known for damaging fishing practices. Irish fisheries produce some of the best quality produce in the world, but are scolded for daring to derive a living from the seas. Of course, many people are opposed to hunting or one or other of the pursuits that still hold sway in rural Ireland. The Greens,. however, seem to be opposed to all of them.

All of this is even before the party’s nonsensical farming policies. Despite the world-renowned standard of Irish agri-produce, the Green Party wants to focus on “quality” over “quantity” of produce. In other words, cut down the output of Irish farmers in the name of “quality.” The party criticises the exporting of Irish agri-produce, but then supports the Mercosur deal to bring sub-standard Brazilian agri-produce into our market and devastate Irish farmers’ incomes permanently. The party speaks of securing farmers’ incomes whilst levelling a Carbon tax on them. This, of course, is in addition to co-opting CAP and national funding to support the green view of farming, and opposing any expansion of the Agri-Food sector. Amongst some of the suggestions made to farmers as an alternative are horticulture and the production of vegan food (subsidised by a cocktail of supplements). I am open to correction on this, but I don’t think there’s an income for all Irish farmers to be derived from growing vegetables to taste like meat.

It is not alarmist to say that much of the traditions of rural Ireland are under threat of extinction by way of the Green Party. The party opposes any significant help for rural Ireland whilst demanding that we live according to the Green Party dictates. For example, Eamon Ryan said expanding broadband to the country would give them an unfair advantage over Dublin, whilst his government wages war on the main income streams of rural Ireland. If broadband was extended out as it should be it would go a long way to rectifying regional imbalances and allowing country areas to modernise.

The Green vision seems to be of rural Ireland consisting solely of vegan farmers working the land to produce plants dressed up as meat to be sold at five times the price of a meat equivalent – with animals allowed to roam the land unculled, unchecked and over-populating the environment.

Their Bambi-eyed view of rural Ireland is dangerous, naive and out of touch with the country outside of Dublin. We don’t want to be defined by the Green, our traditions values and character do that for us.