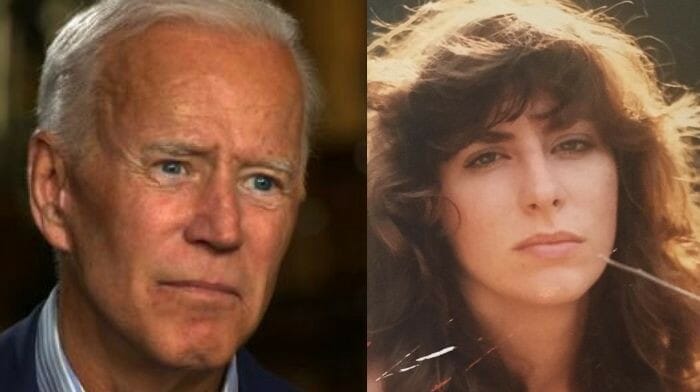 Before we get into this, here’s the obligatory disclaimer for the “whatabout Trump” people in the comments:

Yes, Donald Trump was caught on tape appearing to brag about what would be a sexual assault.

Happy? Who are we kidding. Of course you’re not happy. But even in your unhappy state, can we at least agree that all accusations should be treated with equal seriousness?

And it’s not just Trump either. You may remember 18 months ago, when Trump’s supreme court nominee Brett Kavanaugh was accused of sexual assault by a high school classmate. 76 articles in the Irish Times refer to Christine Blasey Ford, the woman who came forward on that occasion.

Isn’t it odd that two conservative men, having been accused, can rack up 194 articles between them, but when the exact same thing happens to a leading liberal politician in the same country, Irish journalists cannot even manage one?

So maybe, you might think, this accusation is bogus and shouldn’t be taken seriously? Maybe it’s some kind of right-wing plot to take down Biden, or something like that.

Think again. This is from the Guardian, this week, and it’s worth reading in full. But here are some relevant excerpts:

Critics of Tara Reade – the woman who has accused Joe Biden of sexually assaulting her in 1993, when she was a staff assistant in his Senate office – claim that if her story were credible she would have told it sooner; and the mainstream media would have covered it. In fact, as her tweets and emails to reporters, media outlets, politicians and organizations demonstrate, Reade has been trying to tell her story for nearly a year, but was ignored or turned away…

….The Intercept’s Ryan Grim, who broke the Christine Blasey Ford allegation against Brett Kavanaugh, was already working on a piece on Reade focused on Time’s Up – the not-for-profit founded to support women in telling their #MeToo stories – and its refusal to help her. I reached out to mainstream reporters but no one bit. Rightwing reporters were showing interest in the story, but neither I nor Reade, a lifelong Democrat who identifies as a progressive feminist, wanted her story and the #MeToo movement weaponized to help Trump….

…Whether you believe Reade or not, it’s hard to justify the media’s refusal to give her a hearing. When Grim broke Blasey Ford’s story, virtually every major US legacy news outlet considered it newsworthy enough to cover within four days. But it took the New York Times 19 days to cover Reade’s story. The article originally reported that it “found no pattern of sexual misconduct by Mr Biden, beyond the hugs, kisses and touching that women previously said made them uncomfortable”. After the publication, the second part of the sentence was deleted at the behest of the Biden campaign.

It gets worse, as well, because since that story was published in the Guardian, an American right-leaning media outlet discovered a video that tends to corroborate Reade’s story.

Reade says Biden assaulted, and penetrated her with his fingers, in 1993. That same year, Reade’s mother rang into a popular TV talk show to talk about what happened to her daughter. Here’s the video:

Bombshell. Tara Reade says this woman who called in to the Larry King show that aired the week Tara left Biden’s office, is her mom. This adds major weight to her claim that Biden sexually assaulted her. Will the left still act like she’s lying? pic.twitter.com/K9NTuERekH

The stuff in that tweet about “acting if she’s lying” is partisan garbage, of course, but the video is real enough.

What makes it damaging is this: There’s more corroboration of Reade’s accusation against Biden there than there ever was of Blasey Ford’s accusation against Kavanaugh. Remember, in the latter case, there were no witnesses, and nobody could even remember attending the party that Ford says the assault took place during. In Reade’s case, we have a date, the fact that she told people at the time, and they remember her telling them, and the fact that her mother raised it (albeit obliquely) on the national airwaves.

Enough, by the standards of “believe her”, and “me too”, for her to be taken seriously?

So what’s the reason for it? Reade herself has some thoughts:

56-year-old Reade lamented that her sexual assault accusation has become a “partisan tool,” saying that Republicans have weaponized her and Democrats have both ignored and discredited her.

“It’s inexcusable,” she told the DCNF. “I’m sorry that I’m politically inconvenient but my perpetrator was Joe Biden. And people need to deal with it.”

The American media is, of course, a problem for the Americans. But here in Ireland, we have a situation where sexual assault allegations in an entirely different country appear to be treated differently, with no logical basis for the difference in approach. The only conclusion that can reasonably be drawn is that the Irish media are just as guilty of finding somethings “politically inconvenient” as their American counterparts.

If “Believe her” and “me too” meant anything, Tara Reade would be a big story. But she’s not. So draw your own conclusions.