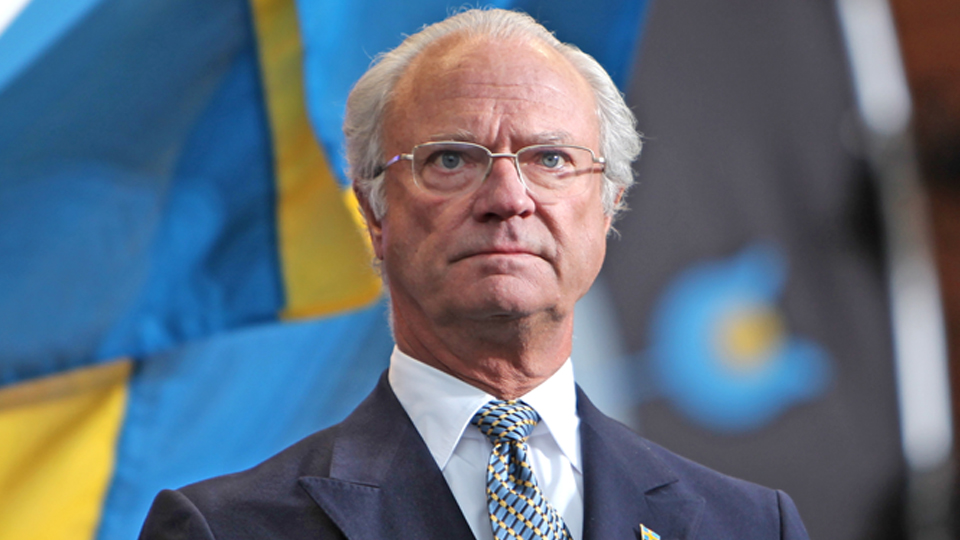 If you’ve looked at the world news at all lately, you probably will have seen that Sweden’s king claimed that his country “failed” to save lives with its no-lockdown approach to the covid-19 pandemic, describing 2020 as “a terrible year”.

The scandinavian country has been blasted by many in the international community this year for their relatively lax approach to combating the virus.

No doubt many will take this as the ultimate proof that the successive lockdowns seen in the rest of Europe were not only effective, but absolutely necessary to avoid mass casualties. “You see?! We made the right call all along.”

However, before pro-lockdown ideologues start breaking out the champagne, not so fast. Despite what the king might say, there is more to this story.

On paper it certainly seems true that Sweden’s covid-19 death rate is way up from its Scandinavian neighbours like Norway and Denmark, and pro-lockdown commentators are often quick to remind us of it.

How it's going in Sweden:

But while covid deaths may be up, one very important number is not: the overall death rate. In fact, if anything, that number is slightly down from previous years in the last decade with less than two weeks left to go in the year. 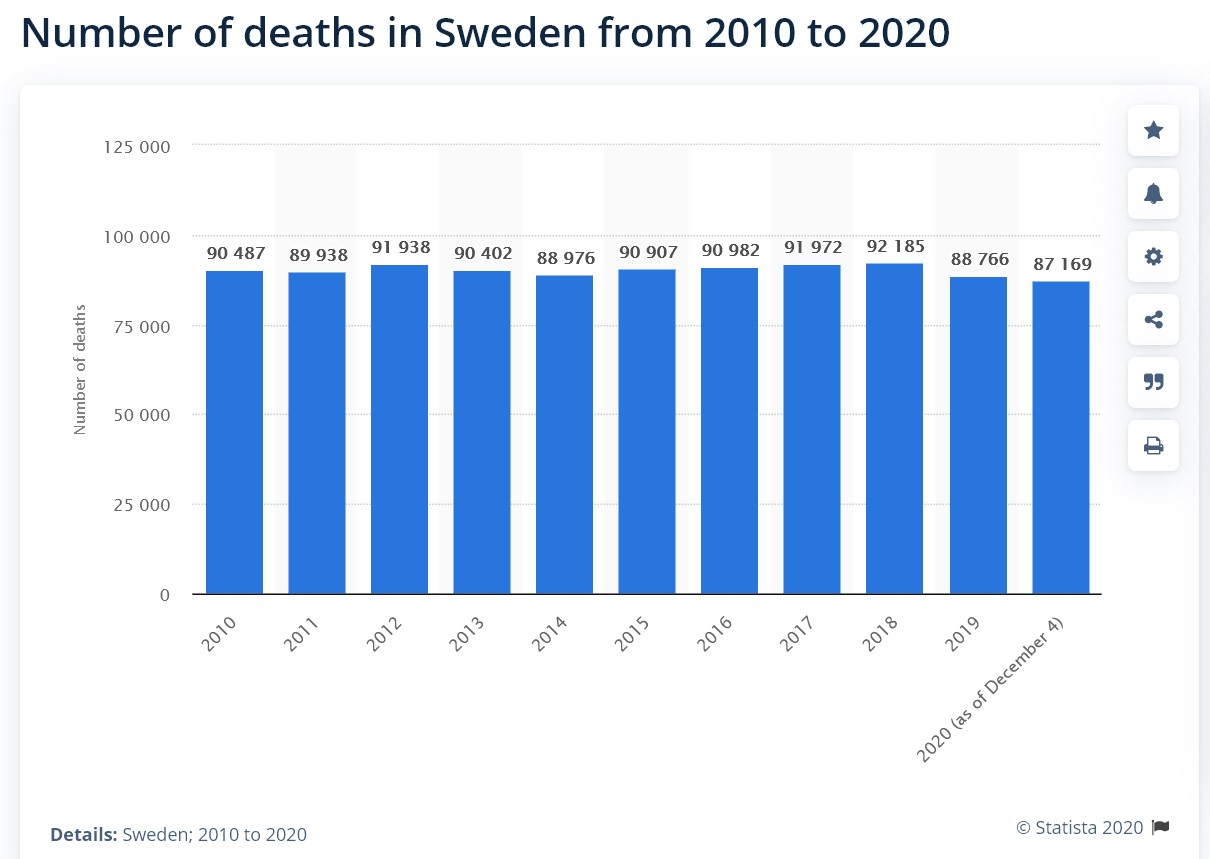 These figures (which can be independently verified through Eurostat, the EU’s official statistics body, and Statistics Sweden, the Swedish government agency that records national statistics) indicate that the total number of people who died in Sweden in 2020 was no more than any other normal year, and possibly even slightly less.

This paints a radically different picture than what is being purported by most of the media. Listening to them, you’d swear the corpses were piled a mile high in the streets of Stockholm. Yet if all you were given was the numbers of people dying overall in Swedish society, you’d have no way of knowing that there was a “deadly pandemic” at all based on these figures.

Some, of course, will point out that far more Swedes apparently died from coronavirus than did Norweigans or Danes – at least, that’s how the numbers are being reported. But even if that’s the case, is that really the point?

The world was told that economy-destroying lockdowns were urgently required to save lives, and that without them, we’d have countless deaths on our hands. And yet Sweden, which did not lock down until just last month, apparently has no more deaths in 2020 than it did last year or the year before.

Except the Swedes have the added bonus of seeing one of the smallest economic contractions of any European country, and will probably fare far better than the rest of us in terms of job losses and damage to native industry. According to Reuters the other day, the Swedish government is projecting a 2.9% shrink in GDP compared to a 7.3% drop expected across the Eurozone according to the European Central Bank – all without any apparent excess deaths than any normal year. I wouldn’t exactly call that a “failure”, regardless of what the Swedish king thinks.

"Gross domestic product is likely to shrink 2.9% this year -the figure is much more positive than the 7.3% drop in euro zone GDP seen by the European Central Bank."
– Reutershttps://t.co/UEIZls7lza

Why exactly is the death rate so low? Well, I haven’t the foggiest. Your guess is as good as mine. But whatever the cause is, this is the reality, whether lockdown fetishists would like to admit it or not.