This business of demanding that social media censor every opinion that we don’t like just isn’t going to end well. Here’s another press hit this morning for the Minister for blaming everybody but himself for Health:

“HEALTH MINISTER SIMON Harris is to meet with a number of social media companies today to discuss the spread of misinformation regarding vaccinations.

The minister will meet with Facebook, Google and Twitter to discuss the challenges faced by the spread of anti-vaccine information.”…..

….. He highlighted that Ireland is currently experiencing an outbreak of mumps. The outbreak started in the summer of 2018, peaked in spring 2019, declined over the summer months but the numbers of notifications have increased since September 2019, he said.

“The outbreak is affecting predominantly young adults in the 15-24 year age group. The best protection against mumps is to be age appropriately vaccinated with the MMR (Measles-Mumps-Rubella) vaccine.

“All children should be age appropriately vaccinated,” he said.

“Social media is an amazing tool but companies need to decide which side they are on when it comes to public health. They can either be an ally or an obstacle. I hope it is the former,” he concluded.”

Why on earth should social media companies be in charge of deciding what is, and is not acceptable to say? If the Minister really believes that vaccination is essential, why doesn’t he just make it compulsory? It’s true, there has been some discussion as to whether that would be constitutional, and Harris has looked at this issue, and described it as “legally challenging”:

“Proposals to introduce mandatory vaccination schemes in schools may be “challenging to do legally,” according to preliminary advice from the Attorney General, Minister for Health Simon Harris has said.

Mr Harris had recently asked AG Séamus Woulfe, legal advisor to the Government, to examine the constitutionality of making vaccines mandatory in schools or creches.

“We obviously have a number of competing rights, children in our country have a right to primary education,” Mr Harris said. “We also have creches though which are in a different category as well, so there is a number of areas that we can look at,” he said.”

The problem, basically, is that the state guarantees in the constitution a right to education, so the idea of blocking an unvaccinated child from school wouldn’t pass muster. But why not just make it the law that all children have to get a vaccination?

Eleven EU countries currently mandate various vaccinations – as in, if you decline to get your child vaccinated, the state will come and remove it, and do the vaccinating anyway, as a matter of public health. It’s very heavy handed, but on the other hand, it makes sense. If you believe, as the Government does, that vaccination is about more than an individual, and relates to the health of the wider population, making it mandatory is as sensible as any law mandating the use of seatbelts, or banning smoking in a public place.

The debate about whether vaccines cause autism – and it’s worth noting here that almost every independent study on this topic says they do not, and the one that did has been retracted – will rage and rage, because some people deeply believe it, and many others, quite reasonably, posit that it’s not really worth taking the risk. If the State does not feel strongly enough, or does not feel it has the power, to mandate vaccinations, the question therefore, once again, becomes about the power it has to regulate the flow of information (or, depending on your view, misinformation).

Bottom line: Should we be allowed to post an argument online that vaccines are dangerous, even if the Minister for Health, and all his advisors, and nearly all the scientists, say that that argument is incorrect?

Of course we should.

We might all wish, at times, that people who we believe are wrong would shut up and go away. But where does that principle end? What if, in years to come, a scientific study discovers a link between a vaccine and an illness, and the Government had spent time and money suppressing those who claimed the link was there all along? You would destroy all public confidence in the health system.

Further, why would it apply only to vaccines? Isn’t there an almost equally legitimate argument to make, based on the experiences of people in Venezuela, or Bolivia, or Cuba, that Socialism causes catastrophic societal failure, and for silencing all those who argue to the contrary? Obviously, that’s a reductio ad absurdum, but there’s a grain of possibility to it. Once you accept that one contentious proposition is completely correct, and all criticisms are illegitimate simply because the evidence that you trust says so, and can be silenced as a result for the public good, there’s no theoretical end to it.

Repeated studies have shown that when it comes to people’s fundamental views on matters, showing us evidence has little effect. On Climate Change, somebody who says they “believe the science” will not ever be convinced by an argument that the science has been consistently wrong, and consistently wrong in the same direction, always overstating the prospects for disaster in a given timeline. Equally, someone convinced it is all a scam will not be convinced by a hundred David Attenborough documentaries featuring the sad tales of cute, and disappearing, animals.

The way to deal with the vaccine issue is simple. Let doctors make the case, preferably local doctors. The average parent is likely to listen to their local GP more than they are to Patriot576 on twitter. 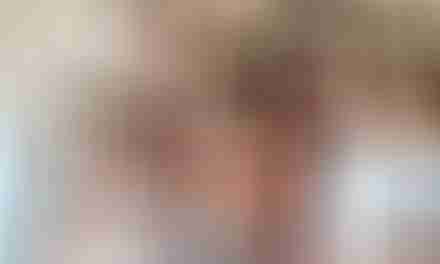 David Thunder: Time to Put Quality of Life at the Heart of Our Economic Policies