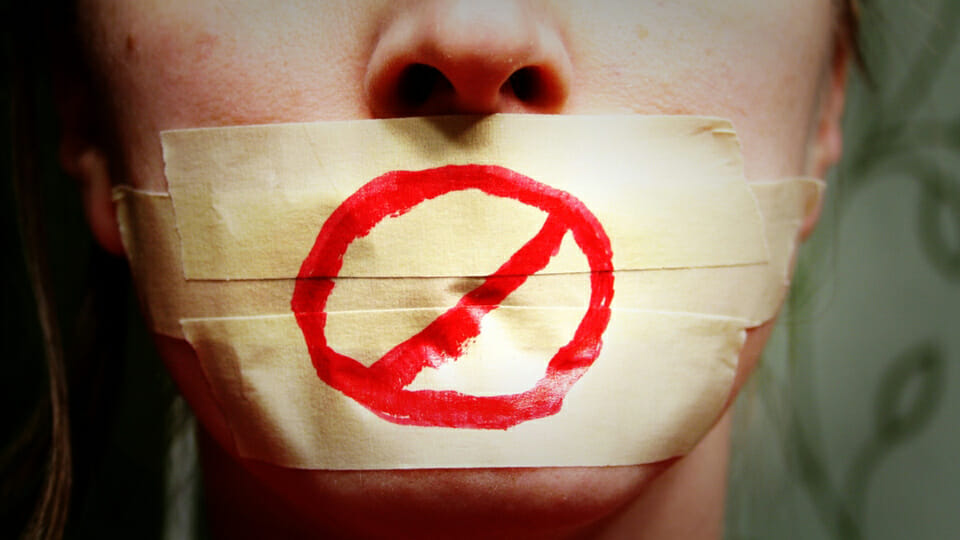 The draft Program for Government, laying out everything FF, FG, and the Greens will prioritize over the life of the next government, makes an explicit, and deeply disappointing, commitment to bring in hate speech laws.

It doesn’t really come as a surprise, we’ve seen an increased push for these laws from NGOs and politicians over the last number of years, with even the Irish Council for Civil Liberties (ICCL), somewhat amusingly as they campaigned heavily for the removal of blasphemy the first time around, now fully behind the introduction of the laws. Hate speech laws, they tell us, will usher in a utopia of equality, where all feel free to give their views without fear of a bigot shutting down their views with racially, culturally, or religiously offensive arguments.

NGOs are very fond of making those sorts of grand pronouncements.

What we know is this, far from being a tool to increase togetherness and fraternity within a society hate speech laws are a terrible solution to the problem they claim to solve and represent an unjust intrusion of the state onto the fundamental right of citizens to hold, and discuss, their views without the approval of a government department.

There are numerous problems with hate speech laws, not least amongst them that the laws are undemocratic and fundamentally racist in and of themselves as they infantilize and ‘other’ those they aim to protect, but one of the most pressing issues is that identifying what actually constitutes hate speech can be rather difficult.  To one person a remark can be hateful and bigoted, to another the same remark may simply be true or false but either way totally inoffensive.

Taking transgenderism as an example – there are many people who say that refusing to accept someone’s declared gender as their actual gender is bigotry, a “rejection of their lived experience”, but the opposing view is not that transgender people shouldn’t exist, it is merely that biology is not the plaything of the mind and that people should be referred to by their biological sex.

Particularly worrying is the fact that the Department of Justice’s recent consultation on hate speech was very interested in the idea of removing the requirement to show that someone who spoke “hatefully” had done so with the intent to cause hatred or had done so knowing what they said was likely to cause hatred.  Proving intent can be very difficult and the Government, who had requested the Department undertake the review, were concerned that having to prove intent was getting in the way of prosecutions.

Removing the need to prove intent or likelihood would effectively mean that anything considered to be hate speech by any person would, in a legal sense, constitute hate speech, regardless of what the intent behind the speech was. Amusingly enough that would mean that both Eamon Ryan and Hazel Chu, the current chairperson of the Green Party, could, under the law their party appears to be currently putting forward, charged with hate speech for their recent usages of racial slurs if a single member of the public decided their usage of the slurs was hateful.

Without the need to prove intent anything said is hate speech if anyone else thinks it was hate speech. This would mean that any and all public discussion, even those totally unrelated to race or other identity ground, could be held hostage by a single person who was willing to argue that any discussion on the topic they didn’t agree with 100% was hate speech. That disagreement with them in any form constituted hate speech. We would be handing control of our public discourse to any malevolent or idiotic person, or even just one of the many petite tyran who make up our NGO class, willing to make those claims without grounds.

And, of course, by removing the need to show intent or likelihood you wouldn’t just be being accused of hate speech, you would legally have committed hate speech. You couldn’t rightly respond to the claim by saying “I am right, and my accuser is an idiot”, because that would probably also be seen as hate speech. In fact defending yourself at all from claims of being hateful may in fact be taken as hateful in and of itself. That sounds ridiculous, but you only have to look at American racial dialogue, where denying you are racist is seen as proof that you are racist, to see that there many people who believe only the guilty try and deny their sins.

On that note hate speech laws are racist and those who support or defend them are either racists, knowingly or unknowingly, or, at the very best, decent people who have been misled into supporting racist policies.

That of course is why hate speech legislation is similar to blasphemy legislation – neither relates to facts, both are based purely on the feelings experienced by believers when they hear something that goes against their sacred prescripts. We wisely gutted the blasphemy legislation so it could never actually be used to convict someone, a wisdom we show no signs of applying this time around.

We won’t know until the actual full and final text of what they’re supporting is put forward but what we can say for certain is that, in the name of progress, the government is putting forward something which is undemocratic, racist, and, should they remove the need to prove intent, would significantly reduce the scope of public discourse in this country.

These laws will be used as a weapon to attack those who cause conversations, we are uncomfortable with, and as a shield for those who do not wish their own behavior to be challenged.

Are hospitals giving most of their Covid patients the virus?