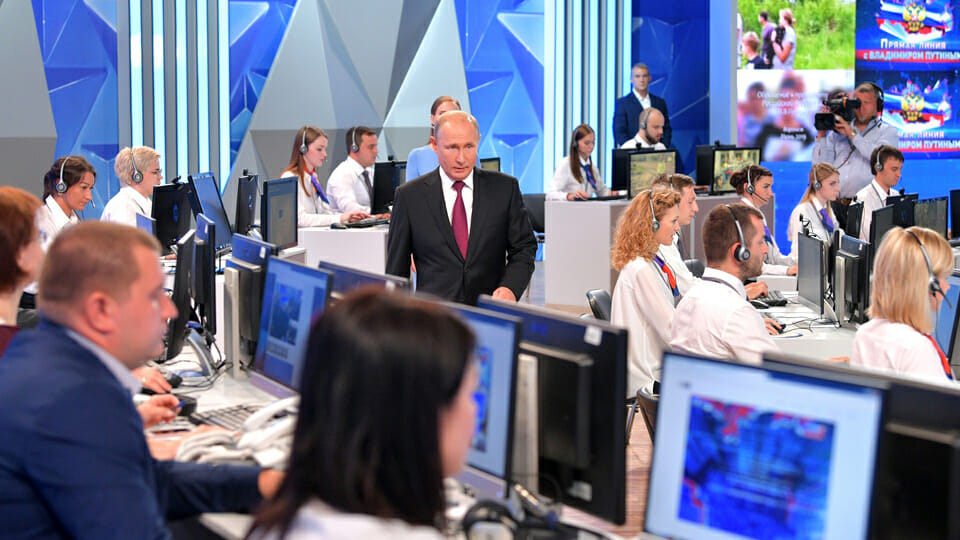 The Russian government’s communication watchdog has forced a number of media outlets to remove news reports about the coronavirus that it deemed “inaccurate, socially significant information.”

Although not specifying which reports were deemed fallacious, Roskomnadzor confirmed that Instagram, YouTube and social media site VKontakte were also forced to remove allegedly false information.

The article removed from Govorit Magadan was a report on the death of a Covid-19 patient in a local hospital, whilst Echo of Moscow was reportedly forced to remove an interview in which it was claimed over 130,000 people across the country had contracted Covid-19 and a further 1,600 had died.

The radio station is thought to be preparing an appeal against the watchdog’s decision.

President Vladimir Putin has said a number of fake coronavirus stories circulating in Russia were being created abroad to “spread panic”. The “fake news” law was signed last March by the president, and carries a maximum penalty of 500,000 rubles, or €5800.

Russia has reported a total of 438 confirmed coronavirus cases, with only one death so far.