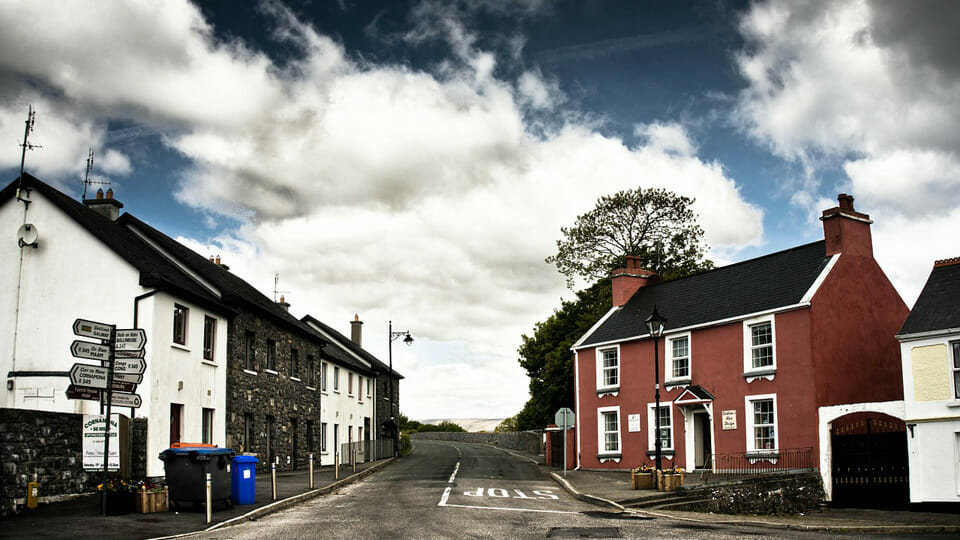 There is an emerging pattern in the way the Irish Government attempts to deal with its migrant accommodation crisis, and the way the policy plays out for everybody concerned.

A small town, usually one hit hard by emigration and de-industrialisation, learns very late in the process – often only days or weeks before the migrants are due to arrive – that its population is to grow overnight by ten or fifteen or even twenty per cent.

The new arrivals will, by virtue of their background, generally speak little English, or have much prospect for immediate employment. Locals fear, either correctly or incorrectly, that crime might increase, or anti-social behaviour might increase, or just that the community might change so rapidly and unrecognisably that they no longer feel like it is truly theirs.

What happens next is that there is a public meeting. Genuinely concerned local people attend, often supported by less genuinely concerned, less local people. The loudest voice in the room will be the angry outsider, there either to whip up fear about the migrants, or to shout and roar about racism. Politicians, eager on the one hand to win local votes, but on the other hand eager not to be criticised by the Irish Times, will stand there and say meaningless nonsense about consultations and reviews.

And what of the migrants themselves? Wherever they came from, however genuine they are, they’re sitting in some unknown centre in Dublin, waiting to find out if their fate for the next decade is to sit in a recently damp, recently derelict building, re-purposed as cheaply as possible, in a small town with nothing to offer them but careful nods and nervous smiles.

Rural Ireland, in practice, is being used as a dumping ground. It is cheaper to throw people into a run-down property in Ballymacmigrant, surrounded by cattle marts and first Friday masses, than it is to host them in Dublin or Cork, surrounded by pret-a-mangers and the gentle hum of an Audi Q5 on its way to drop the kids to a climate protest.

It is not only cheaper in monetary terms. It has the added advantage of making Dublin feel superior to the rest of the country. The sight of the backward locals, who, to a snob’s eyes, can barely dress themselves properly, and show up to meetings in wellington boots to shout about foreigners, plays right into the snobs’ idea that Dublin is modern and welcoming, and that Father Ted was a documentary about rural Ireland.

The truth, of course, is that if the Government were to announce that in two weeks’ time, the Killiney Castle Hotel was to become home to six hundred migrants, the reaction would be just the same. It would differ slightly, in that the campaign would be led by barristers and treated sympathetically by the Irish Times, but the motivations would be identical.

The truth is that rural Ireland is being used as a dumping ground for the Government’s problem. Politically, it is easier to portray objections to their policy as racist if the objections come from rural people, who many journalists not so secretly consider to be more prone to racism than people who live in Dublin.

The reason that these moves are never announced until the last minute, of course, is that they would not withstand proper, lengthy, scrutiny. And so, communities are bounced, at the last minute, into either accepting dramatic change or being paraded as racist cavemen on the evening news.

Ironically, this suits the actual racists perfectly. Because if there is nothing harmful about the arrival of 200 African migrants, they ask, why keep it a secret? The fact, the racists say, is that it is being kept a secret because of how dangerous the Africans are.

In truth, rural communities have every right to feel aggrieved. In recent years, they have seen post offices and garda services pull out of their towns. They have seen their children leave to find a life somewhere else. They have watched as the factories that once sustained them move away, to places where the wages are lower. They observe as the farming communities that sustain their small towns struggle with prices for beef that are great for supermarkets in big cities but devastating for small farmers.

And the Government’s solution to that is to increase their populations while pulling away the support structures that make their community viable in the first place.

If the Irish Government was trying its very best to create an environment for a hard-right populist party to thrive – if it was following all the academic research and observing how such movements gained traction elsewhere – it could not be doing a better job.

So what are the solutions? Where are the incentives for a small town to accept migrants? If the Government does not wish to change its policy about the number of migrants it accepts, then it should at least look at ways to make migration attractive for the towns affected, as well as the migrants it wishes to help.

What about providing tax incentives to towns that agree to accept migrants? Imagine if you told the people of Borrisokane that if they accepted that migrants would be 20% of their population, then anybody living in a 5km radius of the town would get an annual tax rebate of €5,000?

Imagine how much the demand to live in Borrisokane would increase. People would suddenly want to move there, and open businesses there. In time, you would absolutely revitalise the town.

In turn, instead of having to open migrant centres in secret with hardly any notice, you would have a situation where every small town in rural Ireland was competing for the next migrant center. Poor Justin Barrett and Gemma O’Doherty would be beside themselves.

The policy, at present, is bad for migrants, bad for small towns, and bad for the country. A small bit of imagination could totally change that.

Alas, imagination never was the strong suit of the Irish Government.

“Ireland’s Shame”: 6666 babies are killed by abortion in first year