Relics of St Corona, patron saint of epidemics, to be showcased in Aachen Cathedral 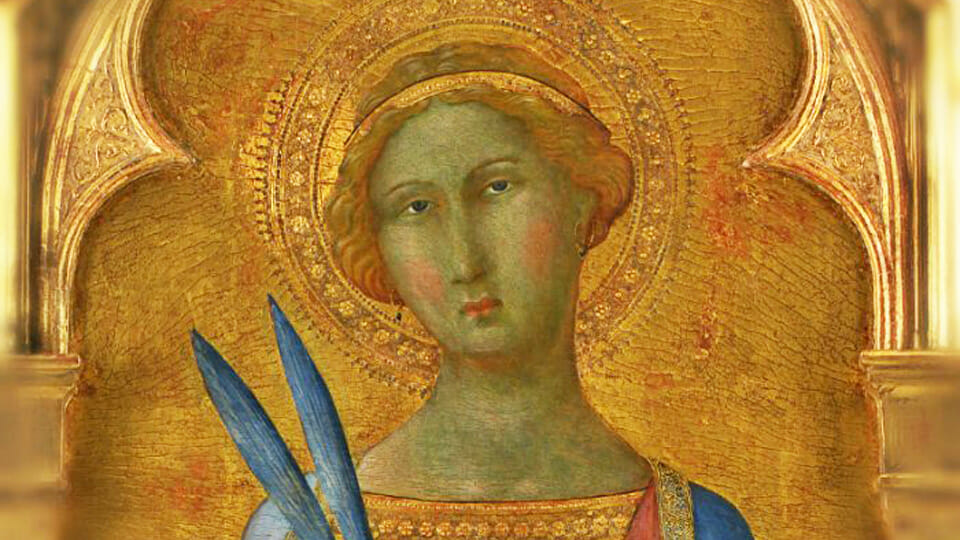 Aachen Cathedral in Germany is renowned for its beauty and for being one of the oldest cathedrals in Europe, constructed by order of the emperor Charlemagne, who was subsequently buried in the church in 814.

Now the Cathedral is the focus of international attention because it contains in its treasure chamber the relics of Saint Corona, the patron saint of resisting epidemics.

Reuters reports that the Saint’s relics are contained in an “elaborate shrine” which is being restored and polished up to go on show once the lockdown over the coronavirus pandemic has ended.

Restorer Luke Jonathan Koeppe is working on the shrine – made of gold, ivory and bronze – of the Christian martyr who is believed to have been killed when she was just 16 years old by the Romans for professing her Christian faith more than 1800 years ago. Public interest in St Corona has grown with the spread of Covid-19, which has infected more than 500,000 people worldwide.

According to Reuters, St Corona “suffered a particularly excruciating death, according to legend. She was tied to two bent palm trees and then torn apart as the trunks were released.”

Brigitte Falk, head of Aachen Cathedral Treasure Chamber, said it was “pure chance” that she became a patron saint for resisting epidemics. Coronaviruses are thus called because they take the shape of globe with little globules, resembling a crown, she told Reuters.

“Like many other saints, Saint Corona may be a source of hope in these difficult times,” said Falk. 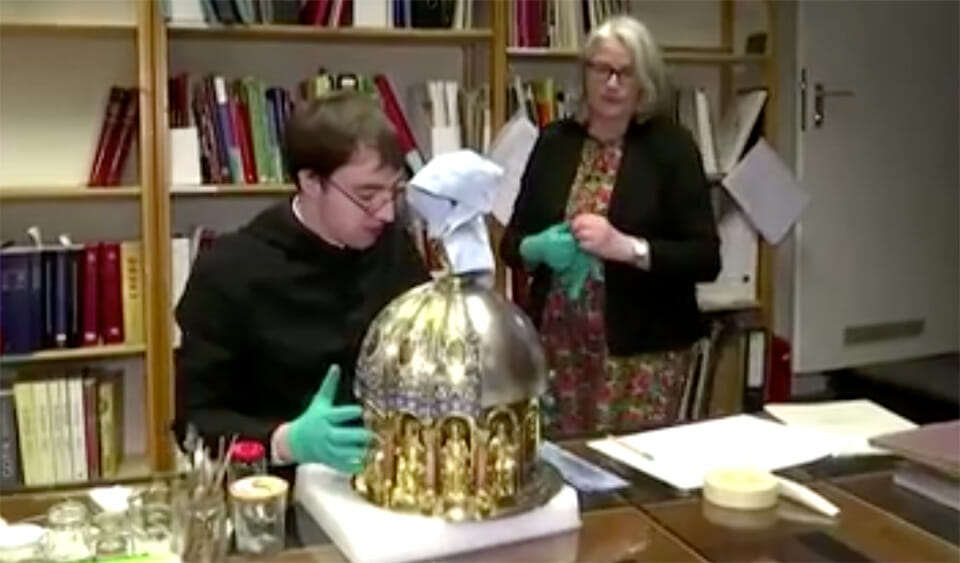