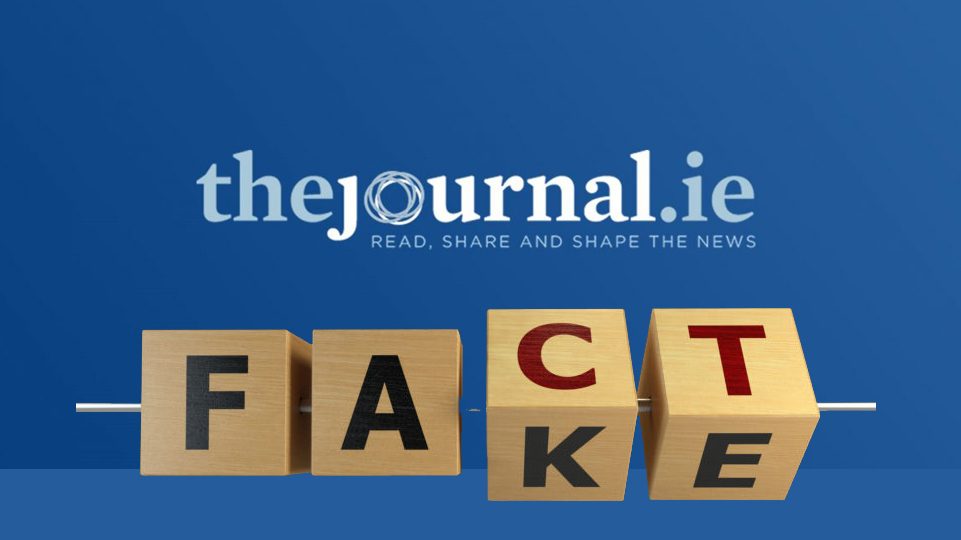 In a move that would seem to be deeply embarrassing for everyone involved Baybars Orsek, the Chief Executive of the International Fact-Checking Network (IFCN), the group which accredits the Journal.ie as a Facebook fact-checker, has told Gript that one of the Journal’s recent fact-checks does not meet the criteria to be considered a fact-check and is instead “non-fact-checking content” that the Journal merely “host at their website.”

Orsek made the comments in response to questions from Gript about a recent “FactCheck” the Journal had conducted of a leaflet published by RENUA, the Irish Freedom Party, and Direct Democracy Ireland.

As the Journal is a signatory of the IFCN’s Code of Principles it is required to publicly publish the methodology it uses when conducting fact-checks. The Journal, in both its public methodology statement and its application to become accredited by the IFCN, states that part of its methodology is to give a final verdict to every claim it considers so that readers can tell how true, or untrue, that claim actually is. The Journal actually states that they “understand that many see the verdict as the most essential part of each fact check” and that they include verdicts “in order to ensure consistency.”

The fact-check in question deviated from that methodology, without explanation, by not carrying final verdicts for any of the claims they examined.

We asked the IFCN if the failure of the Journal to abide by their published methodology constituted a breach of the IFCN’s Code as Article 4 of that Article states that signatories of the Code must have “a commitment to standards and transparency of methodology.”

The IFCN initially told Gript that verdicts were not required but, after we repeatedly clarified that the issue was not the absence of verdicts, in and of themselves, but rather that the Journal conducted a fact-check which deviated from their declared methodology, an apparent breach of Article 4, that answer evolved.

Orsek, in his position as the Executive Director of the IFCN, told Gript that the content, because it had not abided by the fact-checking methodology outlined by the Journal, was actually not a fact-check at all, meaning that the Journal did not breach Article 4 of the Code as the Code only applies to fact-checks.

We did point out to Orsek that the “non-fact-checking content” in question was headlined as a “FactCheck”, but Orsek told Gript that, as the material we were asking him about was clearly not a fact-check, “I don’t see any problem here so don’t have anything to add.” The non-fact-checking content in question also contained graphics saying it was a fact-check, and was posted in the “FactCheck” section of the Journal’s website under a header saying “#factcheck.”

More broadly it is now unclear how the public are meant to distinguish between a fact-check and non-fact-checking content published by any organization accredited by the IFCN. Given that IFCN accreditation is required for publications to become Facebook fact-checkers this question is likely to be of some importance. 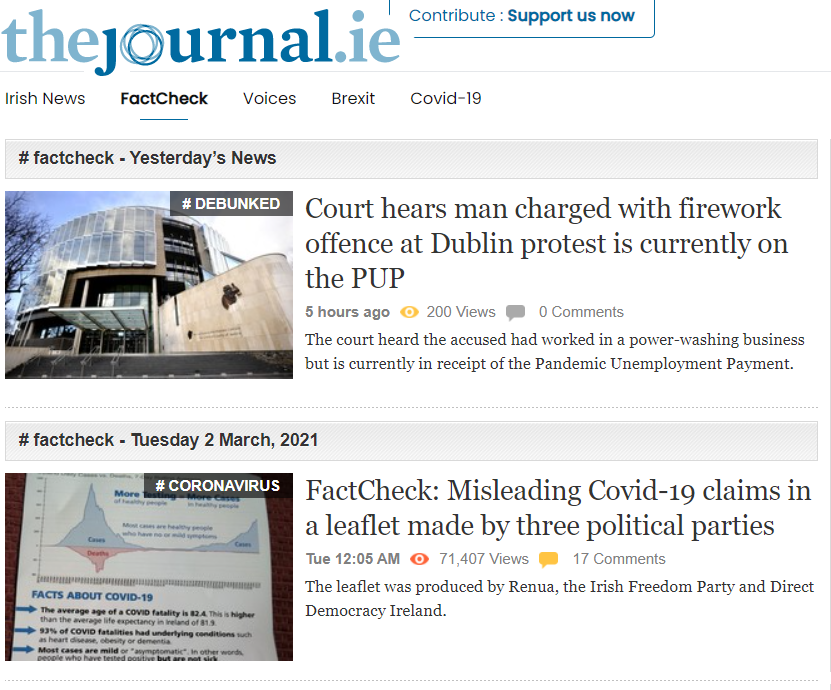 This approach means it is now unclear if it is possible for any fact-checkers accredited by the IFCN, which includes some of the world’s premier fact-checkers, to actually breach Article 4 of the Code as content that breaches Article 4 appears, by the IFCN’s logic, to simply not be a fact-check and therefore not subject to the requirements of Article 4. It is also unclear if the IFCN applies this tortured, circular logic to any other Articles of the Code.

We reached out to the Journal before publishing this story, but at time of publication we had received no response.