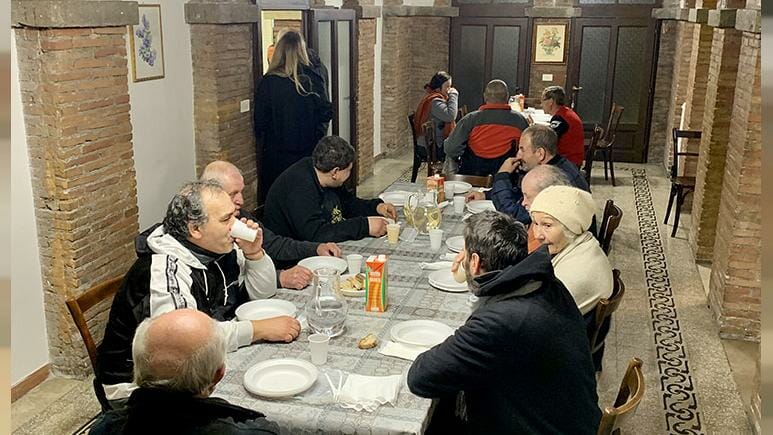 When a religious order moved out of Palazzo Migliori overlooking St. Peter’s Square last year, the 19th century palace was set to be converted into a luxury hotel but, after the intervention of Pope Francis, it will now serve a very different purpose.

Now dubbed “A Palace for the Poor”, it has re-opened as a homeless shelter where Roman poor can “sleep, eat and learn”, with some residents sharing rooms, and everyone enjoying hot meals.

Upon its inauguration late last year, the pope told the homeless and volunteers working in the building that “beauty heals.” The building was then blessed by the pope last Friday ahead of the World Day of the Poor.

The four-storey palace was donated to the Catholic Church in the 1930s, having been built by the Migliori family in the 1800s. It has since served as the headquarters of the Calasanziane religious order, a group of nuns who care for single mothers in Italy, for seventy years.

Having been renovated in November, the building’s sixteen dorms are now occupied by approximately 50 men and women, with positive reports so far from its new residents.

“This place feels more like home. I have my own bed, room and bathroom,” Mario Brezza, 53, told NBC News. “It’s so different from the dormitories I have tried until now, where sometimes you feel like an animal in a crowded stable.”

Brezza himself lives on a monthly disability allowance of €275, having had his leg amputated because of a “serious circulatory disease.”

One volunteer at the shelter, Sharon Christner (23) from Pennsylvania, told NBC that the beauty of the building is also a comfort to the poor people it houses.
“…what is special about this place is that it’s not about maximizing dollar signs but giving people a really beautiful place to be, with the idea that beauty heals.”

Democrats: You can’t trust a Trump coronavirus vaccine, you know