ON THIS DAY: 26 NOVEMBER 1920: The savage murder of the Loughnane brothers by the Black and Tans 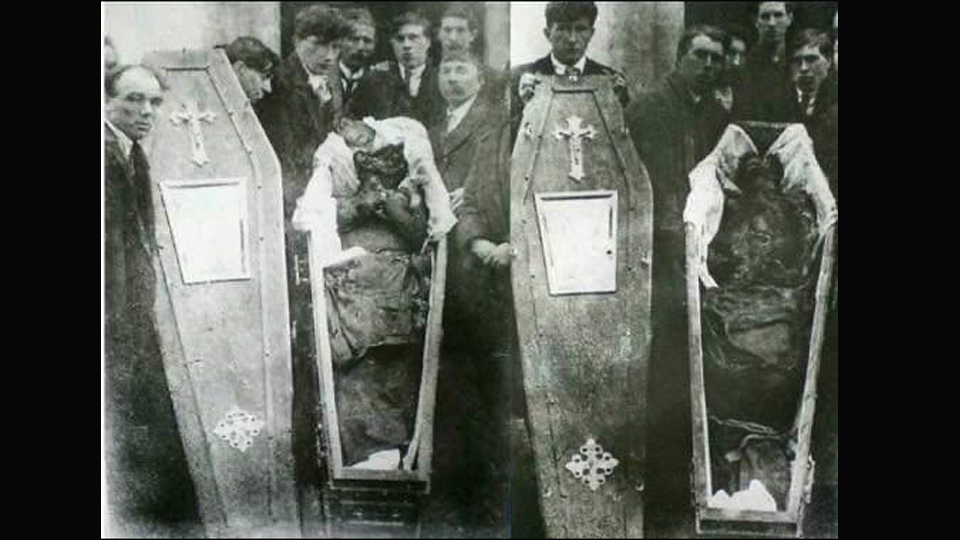 November 1920 in many ways marked a turning point in the War of Independence. It was a month in which the military conflict reached new levels with around 100 killed on both sides.

It also witnessed a marked escalation in the number of officially sanctioned reprisals against the civilian population who by this stage, outside of Protestant sections of Belfast and other districts in the north east was regarded as universally hostile to the British forces.

That belief had been reinforced since the Sinn Féin victory in the 1918 elections and the subsequent establishment of Dáil Éireann, and by the republican control of local government outside of the north east in the local elections of January and June 1920.

One of the objectives of the terror campaign waged by the British against the civilian population then was to intimidate them out of supporting the republican administration. While British authority was collapsing, it was similarly difficult for Dáil Éireann to establish functioning government departments, courts and policing.

The abduction and murder of two brothers Patrick and Harry Loughnane of Shanaglish by the Black and Tans on November 26 was particularly gruesome. The Loughnane family were typical of the sort of rural folk who formed the backbone of the national movement. They were farmers, and two sisters Nora and Katie were teachers, while another son and daughter had emigrated to America and one to England.

Pat Loughanane was a prominent local hurler as well as being a member of the Volunteers and Irish Republican Brotherhood. Harry had been forced through ill health to abandon his hopes of being a teacher and was the secretary of the Sinn Féin cumann in the area. They were the sort of people who up to that time had been loyal to the Irish Party following the Land War which had riven Galway 40 years previously.

On November 26, while the two brothers and some neighbours were engaged in threshing on the Loughnane farm, a party of Auxiliaries arrived and began to fire on them before taking Pat and Harry away. The brothers, and another man Michael Carroll who was arrested at Tubber across the Clare border, were driven about and beaten by the Auxies. Carroll recalled that he was told to run off, which he refused to do as “shot while attempting to escape” was a regular reason given for killings of prisoners.

The three were taken to Gort RIC barracks where they were again beaten. Carroll, fortunately, was later transferred to Galway city and subsequently interned without trial at Ballykinler camp. Following further brutal mistreatment Pat and Harry Loughnane were taken away by the Auxies, and on November 29 their distraught family were told that they had “escaped.”

They had been taken to Drumharsna Castle where they were savagely beaten again and apparently dragged behind a lorry before being shot. Their badly mutilated bodies were discovered in a pond at Dombriste on December 5th. The bodies showed evidence of having been subjected to horrendous mistreatment including the cutting off of two of Harry’s fingers, broken wrists, a severed shoulder and wounds inflicted by knives. Evidence suggested that Pat had had a grenade exploded in his mouth and there were suggestions that they may still have been alive when their bodies were burned.

When the bodies were in Shanaglish Church prior to being buried, a force of Tans took over the Church and conducted a macabre mock inquest. The actual military court was convened in Gort on December 8th. Unusually, even the normal white washing of such murders was apparently not believed to be tenable and there was no official verdict given, although the awarding of £1,300 to Catherine Loughnane a year later, during the Truce, was tantamount to an admission on the part of the Crown.

A photograph of the two brothers in their coffins, their bodies mutilated and burned, was taken by Tomás Ó hEighin, a local Irish teacher. The horrific image was circulated around the world as evidence of the cruel and brutal excesses of the Crown. The Loughnane family’s memorial card said that their “tortured heroes” had been “cruelly done to death in the noble cause of Irish freedom”.

While the brothers Loughnane were being held and tortured the most famous IRA ambush of the war took place at Kilmichael in west Cork where a large number of British military were killed on November 28th. Undoubtedly news of this when it reached Gort must have inflamed the brutality of the Auxies, whose men were treated with a good deal more courtesy by the Volunteers.

ON THIS DAY: 23rd JULY 1803: Robert Emmett led a rebellion in Dublin against British rule in Ireland