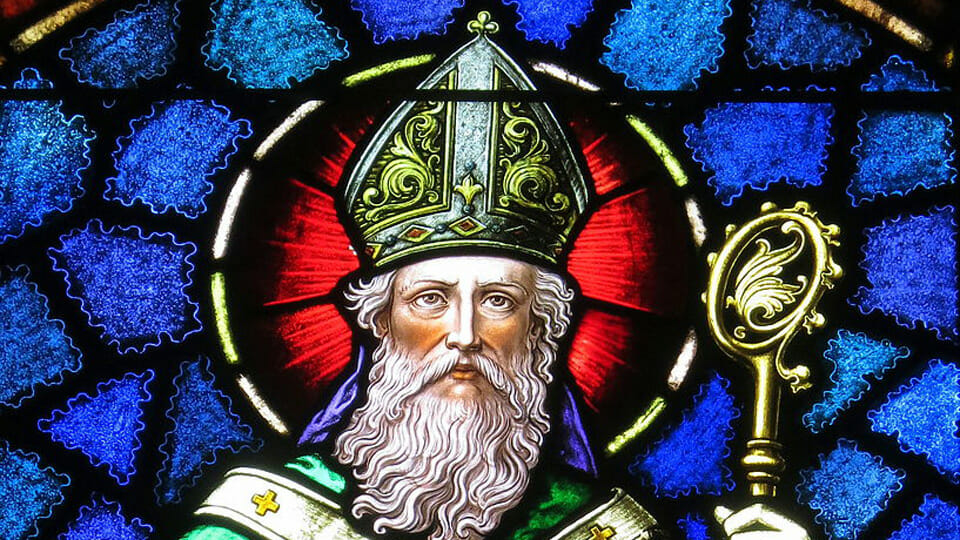 St Patrick is now one of the world’s best known Catholic figures but the earliest known celebration of the saint is believed to have been held on March 17, 1631, marking the anniversary of his death in the 5th century.

In that year, bubonic plague raged across parts of Europe, especially impacting Italy where the epidemic is estimated to have claimed 1 million lives. Almost 400 years later, celebrations of St Patrick’s Day are more likely to be focused on family and prayer since the Coronavirus has caused parades and parties to be cancelled across the world.

The man who would come to be known as Saint Patrick, patron saint of Ireland, was born in Britain in 386 AD. Some sources have listed his birth name as Maewyn Succat, and Patrick wrote that his father, Calphurnius, was a deacon from a Roman family. Patrick’s mother, Conchessa, was a close relative of the great patron Saint Martin of Tours.

Patrick wrote in his Confessio that he was not raised with a strong emphasis on religion, and that he “did not know the true God” at the time he was taken in captivity to Ireland. However, he came to see his captivity as God’s test of his faith, and became devoted to Christianity through constant prayer.

He escaped from his captors and sailed for France where he became a priest and then a bishop. In 432 AD he returned to Ireland, and managed to spread Christian teachings far and wide, along with other missionaries, through preaching, writing and performing countless baptisms.

One enduring tale from those mission times is that of the baptism of Óengus, King of Munster. The King wished to be baptised, and Patrick travelled to the royal seat of Munster, the Rock of Cashel, to carry out the sacrament.

Patrick had a habit of driving his crosier into the ground when needed, allowing him to free his hands and prepare for the ceremony, and not paying attention to where he placed it, he drove his crosier right through the foot of the King Óengus never uttered a sound, according to one account, but “stood impaled for practically the whole ceremony”.

When St. Patrick was nearing the end of the ritual, he finally saw the blood flowing and realised what he had done.  He immediately freed the King and cried: “I’ve injured you! Why didn’t you say something?”

The king answered simply as his wound was tended: “I thought it was part of the ceremony.”

“Since Christ shed all His blood and gave His Life to save my soul, it is fitting I should shed a little of my blood for Him for Eternal Life.” 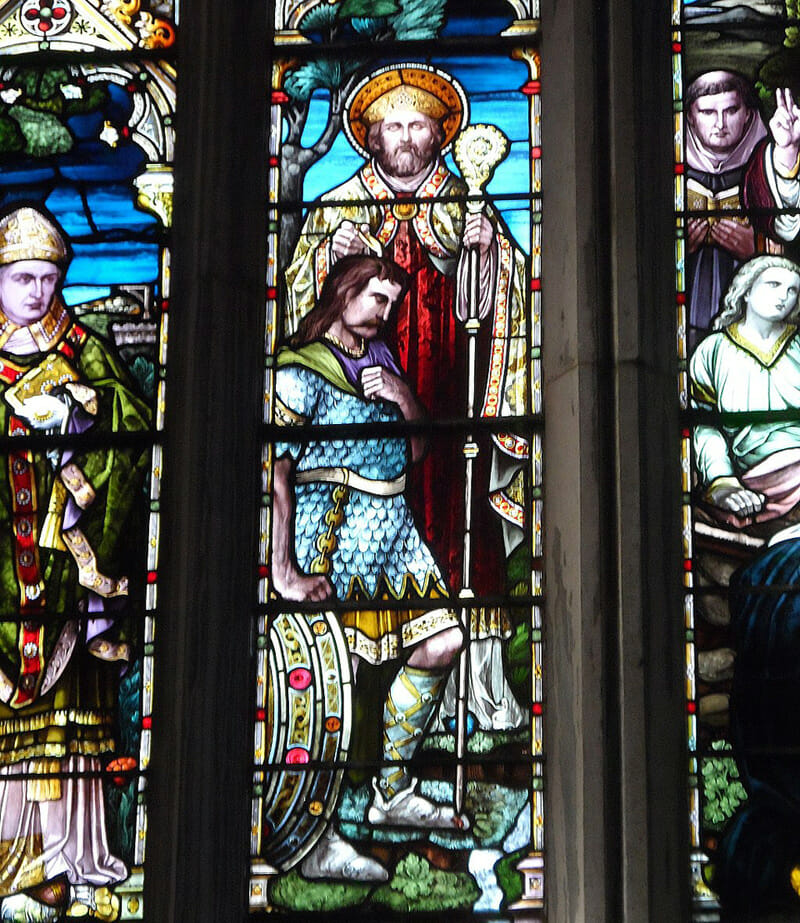 In his Confessio St Patrick wrote: “My name is Patrick. I am a sinner, a simple country person, and the least of all believers. I am looked down upon by many. My father was Calpornius. He was a deacon; his father was Potitus, a priest, who lived at Bannavem Taburniae.. His home was near there, and that is where I was taken prisoner. I was about sixteen at the time. At that time, I did not know the true God. I was taken into captivity in Ireland, along with thousands of others. We deserved this, because we had gone away from God, and did not keep his commandments. We would not listen to our priests, who advised us about how we could be saved. The Lord brought his strong anger upon us, and scattered us among many nations even to the ends of the earth. It was among foreigners that it was seen how little I was.

It was there that the Lord opened up my awareness of my lack of faith. Even though it came about late, I recognised my failings. So I turned with all my heart to the Lord my God, and he looked down on my lowliness  and had mercy on my youthful ignorance. He guarded me before I knew him, and before I came to wisdom and could distinguish between good and evil. He protected me and consoled me as a father does for his son.

That is why I cannot be silent – nor would it be good to do so – about such great blessings and such a gift that the Lord so kindly bestowed in the land of my captivity. This is how we can repay such blessings, when our lives change and we come to know God, to praise and bear witness to his great wonders before every nation under heaven.

This is because there is no other God, nor will there ever be, nor was there ever, except God the Father.”

ON THIS DAY: 8 OCTOBER 2000: Schumacher finally wins for Ferrari