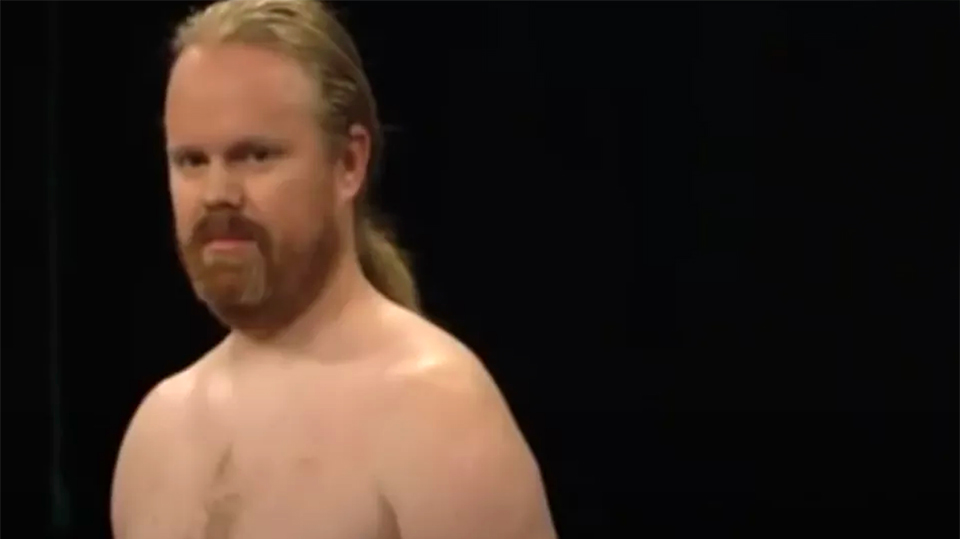 Hundreds of Danish children are now being brought into a TV studio where adults strip down in front of them and answer questions, all of which is being broadcast on a children’s channel for the viewing public, both young and old, to consume.

One might expect that the New York Times and Irish Times would condemn the practise of adults exposing themselves to children, the effect of which, whether intended or not, will be to sexualise the child and break down their inhibitions, but instead what readers of the two newspapers received was a protracted, inexcusable attempt to defend and normalise the show.

Readers are told that all of this is happening with the consent of parents, how beach nudity is already popular in Denmark, that the goal of the show is to promote body-positivity, that a dastardly right-wing party is opposed, and the adults stripping down are only volunteers, as if the thought of an adult voluntarily exposing themselves to children should be a comfort to us.

But the facts speak for themselves. The children are reportedly between 11 and 13 years old, ages when most will hit puberty and should be protected in their innocence for as long as possible. The newspaper then reports a very perverse rationale for the show:

“Perhaps some people are like, ‘Oh, my God, they are combining nakedness and kids,’” Jannick Schow, the presenter and co-creator of the programme, said. “But this has nothing to do with sex; it’s about seeing the body as natural, the way kids do.”

His last sentence is the important part, where Schow implies children don’t have inhibitions about nakedness and that they just see other people’s private parts as natural and of no more significance than their nose. That is a clear error by Schow, more propagandistic than anything else, evidenced by the experience of children around the world who, from the age they are able to reason, willingly cover themselves up in public settings lest they be exposed to other people.

And if children already see the body as natural, why should Schow expose them to naked adults at all? Is it for the adults’ benefit?

None of those questions were posed in the article, but the mere fact that the reporters relay how preoccupied the children were with the de-robing indicates the show was breaking down their inhibitions about the sex organs of the adults, inevitably causing yet more barriers to be broken on the path towards early sexualization and sexual activity.

The Times newspapers trivialise the impact the show will have on children however, explaining how Danes, in their oh so wonderful wisdom, expose children to “bruises” all the time for the greater good of exploration and fun.

There’s nothing acceptable about sexualising children if you are a normal human being though, something the news report fails to tackle or acknowledge in their sordid pursuit of exposing other countries to what’s happening in the progressive paradise of Denmark.

As for the newspapers that printed this depraved propaganda, they deserve nothing less than to be abandoned by anyone opposed to the slow and steady push to normalise the sexualisation of children by certain mainstream media outlets, evidenced not least by Netflix’s hit “Cuties” programme about twerking children.

The award-winning Danish show is produced by Warner Bros. International, one of the biggest production companies in the world, indicating just how mainstream this type of content has become. Unless people of good-will push back against this tide of obscenity confronting children, you sense that its normalization is very near indeed.

New feminist ending to prayers in America: “Amen, and Awoman”