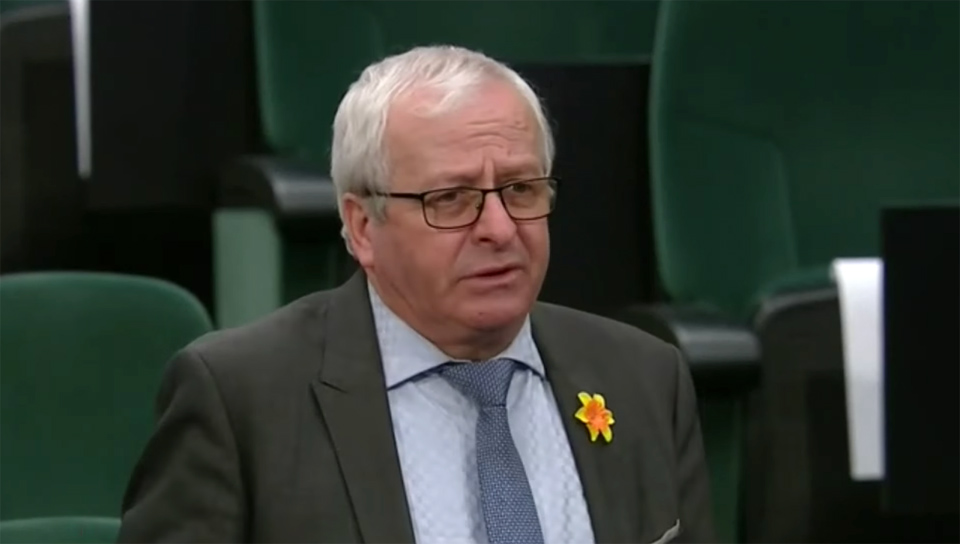 There were sharp exchanges in the Dáil last night as the government refused to accept calls from four independent TDs who called for places of worship to be open for Easter, to limited numbers of the faithful, under strict conditions.

Carol Nolan, Richard O’Donoghue, Michael Collins and Mattie McGrath had strongly argued that churches could be re-opened safely, as there was no evidence that Covid-19 clusters had occurred in churches, and parishes had worked hard to ensure strict guidelines were adhered to.

However, Minister of State for Health rejected their arguments and insisted that “it will be necessary to celebrate Easter online at home this year. This is for the protection of our friends and families and our wider communities.”

Independent TD for Tipperary TD Mattie McGrath claimed that the “Cabinet will go down in history as the most anti-Christian Government of all time since we got our freedom back .” He said “people will be persecuted for going to Mass or having public worship”.

Deputy McGrath said that a Scottish court had ruled this week that the closure of churches was in breach of the European Convention on Human Rights. “If it’s against Scotland’s European rights it’s against ours,” he told the Dáil.

He said that he and the other TDs were “appealing especially” for religious services to be allowed during Holy Week.

Deputy McGrath said that restrictions on funerals were causing huge upset. “Funerals cannot be restricted to 10 people. It’s causing huge difficulties for priests, for funeral undertakers and for everyone else”.

Independent TD for Limerick, Richard O’Donoghue, said that  “there was a funeral last week where it was interrupted four or five times and people trying to listen to a Mass of a loved one and they could not do it”. He said that the Minister’s claim that people would celebrate Easter with online services did not hold up.

“The internet service does not allow people to go online because it’s broken down every day because of the failure of the rollout of broadband.”

He also contrasted the rules for different buildings: “140 people or more were in this room (the Convention Centre) today voting on legislation. There’s churches in this country bigger than this and yet you only allow 10 people in.”

Independent TD for Offaly, Carol Nolan,  said the lockdown was a “very dark time for many people, so why not give them the solace of attending their churches for the consolation and support that people do get from that”.

Ms Nolan said churches had put measures in place and it was “unnecessary to deny access” when churches are “huge buildings and well ventilated”.

She also claimed that, given the latest ruling of the court in the Ganley case, “it appears that the State doesn’t know whether it’s legal or illegal, so that shows us straight away that they’re on very shaky ground and are very unsure of themselves”.

Independent TD Michael Collins for Cork South West said Ireland was just one of three countries in the world to close churches. He said “it’s a shameful act and it’s time for this Government to sit up and step back and not be so anti-church”.

Minister Rabbitte denied the government was anti-church and said “unfortunately we have found ourselves where we are at this moment in time”.