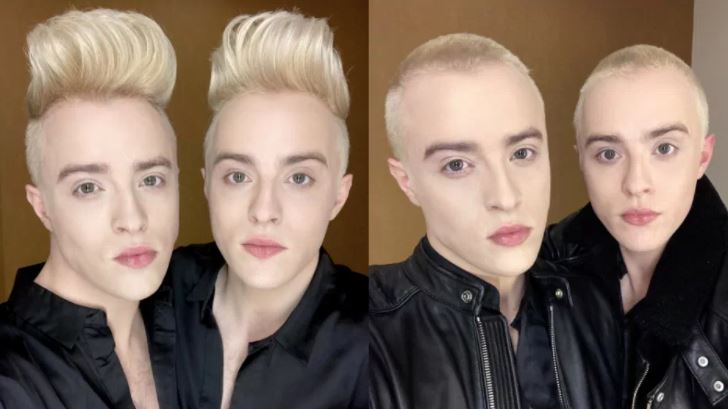 The Dublin brothers told Sky News that the Vatican should approve LGBTQ marriage because their “churches are damp, they need some life.”

John and Edward Grimes, also known as Jedward, explained their stance on Black Lives Matter, transgender activism, Covid-19 and other hot-button issues during their interview with Stephen Dixon.

“We’re in this time and day to take a stance. I feel like a lot more people in the entertainment world need to take a stance because they have a platform and it does make a massive difference,” Edward said.

“I feel like trans rights matter as well. There’s a lot of different laws that need to be changed to give them rights in healthcare and that’s an ongoing issue.”

The pop duo were speaking to Sky News after shaving their heads for the Irish Cancer Society, having lost their mother to cancer in 2019.

The pair made special mention of the Vatican during the interview, saying people with “old beliefs” should be “open-minded to everyone else’s beliefs.”

“The Vatican also needs to approve of LGBTQ marriage because your churches are damp, they need some life,” Edward claimed.

His brother John concurred, saying: “I think everyone wants to be seen and heard and it’s great that we can be with the fans, be with the people, who are speaking for the future, moving into the future. I feel sometimes people have these old beliefs and we’ve got to be open-minded to everyone else’s beliefs.”

Jedward said marching with Black Lives Matter protestors in Los Angeles made them feel like they’re “making a change.”

The identical twins (29) shared how the Irish Cancer Society had made a significant difference in their lives during the final months of their mother Susanna’s life.

“Certain organisations make that difference. Night nurses, or anything, it does make a difference for family members. Our mom passed away, cancer was one of the main factors, in 2019. We definitely had to grow up ourselves,” Edward said.

“We’ve always, you know, been on a journey,” John said.

“She was always our biggest fan and she always supporting us and wanted us to go out there and express ourselves and never be nervous or scared so that’s what we keep doing.”

Paul Murphy: Hey, maybe the state should seize all hotels