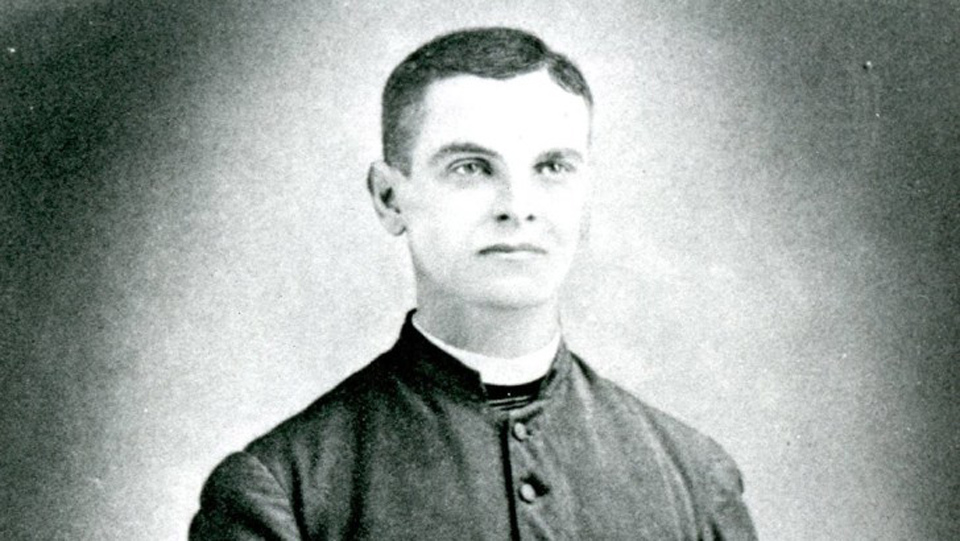 The Irish-American priest who founded the Knights of Columbus, one of the biggest charitable Catholic organizations in the world, has been beatified and is one step from canonisation as a saint.

Fr McGivney’s process of canonization was begun in 1997 by Archbishop Daniel A.Cronin of Hartford. A miraculous cure for a child diagnosed with a fatal condition in the womb has been attributed to the intercession of the priest , and led Pope Francis to declare him Blessed.

His beatification took place October 31st when Father McGivney was given his title through an apostolic letter from Pope Francis read by Cardinal Joseph Tobin of Newark, New Jersey, as part of the Mass of beatification at the Cathedral of St. Joseph in Hartford, Connecticut.

Pope Francis credited Blessed Michael McGivney for his “zeal for the proclamation of the Gospel and generous concern for his brothers and sisters,” that  “made him an outstanding witness of Christian solidarity and fraternal assistance.”

The Knights of Columbus said that “Father McGivney labored tirelessly to improve the condition of his 19th-century immigrant community in Connecticut. He founded the Knights of Columbus in 1882 to provide financial support for widows and orphans and to keep Catholic men and their families close to their faith at a time of widespread anti-Catholic bigotry.”

“The fledgling Knights of Columbus soon became a major force of evangelization, charity, racial integration and the defense of religious freedom. Today there are 2 million members in more than 16,000 K of C councils located in all 50 U.S. states, Canada, Mexico, and the Philippines, as well as in recently established councils in Poland, Ukraine, Lithuania, France and South Korea,” they said.

Father Michael McGivney was a son of Irish immigrants, one of many families who flocked to the United States in the second half of the nineteenth century and who were often met with hostility and open anti-Catholic and anti-Irish sentiment. A family with strong religious faith, the McGivneys settled in Connecticut, where a young Michael first discerned a calling to be a priest when he was thirteen years old. At sixteen he entered Séminaire de Saint-Hyacinthe in Saint-Hyacinthe, Quebec, Canada.

“When his father died, he had to return home to help finish raising his siblings. He would not have been able to afford the expense for another year in the seminary, but his local bishop paid for the rest of his education. He moved from the Jesuit seminary to “a seminary where he would become the kind of parish priest the diocese needed,” historian Prof Kevin Coyne  explained. Fr McGivney was ordained a priest of the Archdiocese of Hartford in 1877.

His work, and his vision of faith, charity and unity is credited with helping Catholics find their place in American society. Supreme Knight, Carl Anderson, said that Fr. McGivney was important not only in America, but in Europe and throughout the world. He cited the priest’s inspiration “in the areas of charity, of the family and in the model for unity and cooperation between laity and clergy he forged.”

The Knights of Columbus said the miracle attributed to Blessed Michael McGivney concerned the medically inexplicable cure of a baby with a life-threatening condition who was healed in utero in 2015 after the family prayed to the Roman Catholic priest. 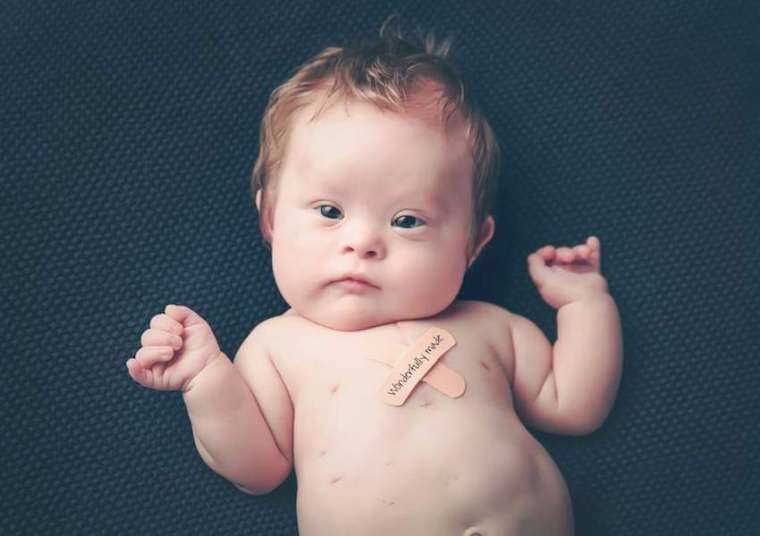 Mikey Schachle, whose life was saved by an officially recognized miracle through the intercession of Fr. Michael McGivney. Photo courtesy of the Schachle Family via Catholic News Agency

“When Michelle Schachle found out that her 13th child not only had Down syndrome, but fetal hydrops–an uncommon, typically fatal condition where fluid builds up around the vital organs of an unborn child, she and her husband appealed to Fr. Michael McGivney, founder of the Knights of Columbus, for help.

The unborn Schachle baby was given “no hope” –  her parents were told that the combination of fetal hydrops and Down syndrome meant that he had no chance of survival.

“The doctor that ran the neonatal high risk clinic at Vanderbilt University told us that she had been doing this for 30 years and she had never seen a child survive the diagnosis,” Daniel, the baby’s father, told CNA. Michelle had already had one stillborn child, and she was overcome with fear at the thought that would happen again.

Asking Fr. McGivney for his intercession was a no-brainer for the Schachle family. Daniel works for the Knights of Columbus and had previously been Grand Knight of his local council. The Schachles even dubbed their homeschool the “Fr. McGivney Academy.”

Mikey Schachle was given “no hope” of survival in his mother’s womb. Now his family carries him in front of a relic of Blessed Michael McGivney, whose intercession saved Mikey’s life. pic.twitter.com/lyIrNf211U

“We knew that (Fr. McGivney) looked out over our family, and we looked to him a lot and asked him to pray for us, anyways. So it was more of a natural, I would say, flow,” said Daniel. Michelle concurred, telling CNA that McGivney had answered prayers “many times” for their family.

When they prayed for their unborn baby, Fr. McGivney came through again – in a big way. With hundreds of people praying for McGivney’s intervention for her child, and following a quick pilgrimage to Fatima with the Knights of Columbus, Michelle’s next ultrasound showed no sign of fetal hydrops.

Her doctor that day, initially unaware that her patient was the woman she had heard about – the woman with the terminally ill baby – began to discuss what they would do when the baby was born. Michelle was confused by that development.

“And so I just looked at her and I said, ‘Doctor, I was told there was no hope’,” she told CNA. She said learning her son would likely survive his birth sent her into “a lot of shock” and that the rest of that day was a blur.

One thing Michelle clearly remembers, however, is being asked by her doctor what she would name her baby. Until that day, she and her husband had planned to name the baby Benedict, and had been referring to him as “Baby Ben.” But when she heard that her child had been healed, Michelle knew he had to be named Michael, in honor of McGivney.

“I just remember weeping and saying, ‘His name is Michael,’” said Michelle. “And we never called him Ben after that.”

On May 27, 2020, Pope Francis confirmed what the Schachles already knew: they had witnessed a miracle. After extensive medical examination, the unexplained healing of Michael was decreed a miracle that arose through the intercession of Fr. McGivney.

The incredible story of #FrMcGivney continues even after his Oct. 31 #beatification. Learn more of his inspiring life, share his story and join us in rejoicing in his beatification.