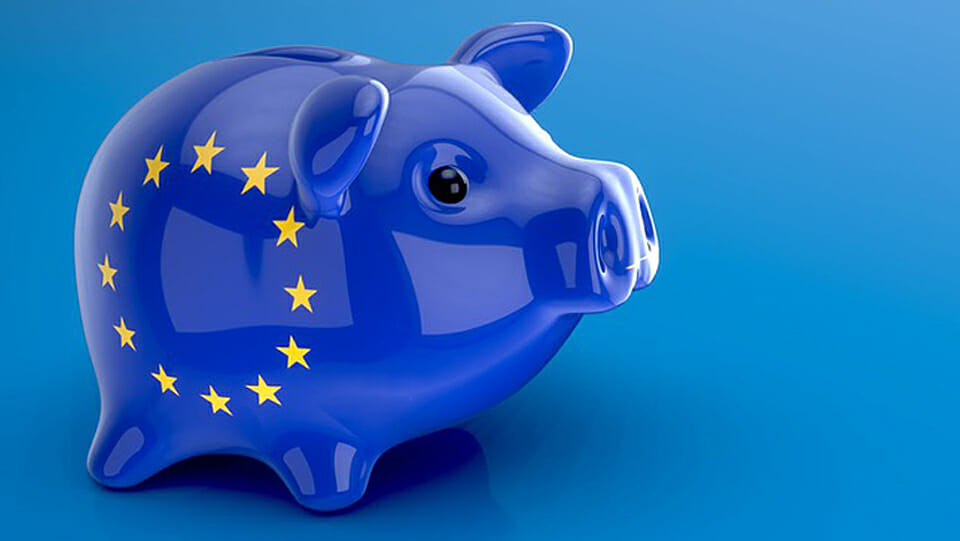 An interesting email into us yesterday from Hermann Kelly, leader of the Irish Freedom Party, raised the question of why the Taoiseach and the Government appear to be persistently providing false information about the amount of money the Government sends to the EU annually.

Speaking in Trinity College last week, the Taoiseach gave his usual the EU is great spiel, noting that it was entirely worth the €315m (net) that we sent it last year from the Irish exchequer.

The only problem is that the figure he provided is a nonsense. It’s an EU commission figure (which should be the clue that it’s nonsense) so he’s not pulled it from nowhere, but the real figure, as noted by the Irish Times here, is more than double that:

“Ireland became a net contributor to the EU budget in 2013 and last year’s net contribution was €720 million.*

That is based on an estimation that Ireland paid €2.3 billion into EU coffers and received back some €2 billion in EU benefits, most of it paid to farmers through the Common Agricultural Policy (CAP).”

The asterisk in that quote, by the way, denotes that the Irish Times amended their article. Indeed, they, originally, also published the Dublin/Brussels public line that the figure was a mere €315m. They later corrected it, having made the original, and understandable, mistake, of believing Government figures. Lesson learned there, fellas.

Ireland was a net contributor to the European Union budget to the tune of €315m in 2018, according to the latest report by the EU’s financial watchdog.

Anyway, here’s Michael Leahy, President of the Irish Freedom Party, which believes that we’d be better off following Britain out of the whole thing and keeping the money ourselves:

“The Taoiseach urgently needs to explain how there can be such a wide discrepancy between the figures given by his department, indicating a €720 million net contribution by Ireland to the EU in 2018, and those given by the EU commission at less than half that amount, whererby the commission seems to significantly underplay the actual contribution made by Ireland.”

He’s not wrong, is he? It’s a fairly bad sign when a Government doesn’t seem to know exactly how much it is spending and appears to not be counting hundreds of millions of euros that are flowing out of the exchequer.

This is especially true with the new EU budget up for negotiation next year. It’s likely, with the UK gone, that Ireland will end up sending far more than this to Brussels on an annual basis over the next decade.

In fairness, we’ll still be net recipients for many years to come if you take the longer-term view, having received more than we put in for years – but those days are well behind us now.

What’s the reason for the discrepancy, though?

In all probability, it’s that the EU figures around money just can’t be really trusted. Here’s some more from that Tony Connelly piece:

The 2018 annual report by the European Court of Auditors shows that Ireland received €2.6bn in EU funding, with the vast majority coming in the form of farm subsidies. Of €1.56bn in overall agriculture receipts, some €1.22bn was received by way of direct payments, and €319m in rural development funds. Overall, the report says EU spending in 2018 amounted to €1.56bn. This represents 2.2% of the total government spending of EU member states and 1% of EU gross national income (GNI). The annual audit says the estimated error rate in member states receiving and disbursing funds was 2.6%, compared to 2.4% in 2017 and 3.1% in 2016.

As a general rule, if you hear a number sourced from the EU’s Court of Auditors, it’s a good idea to be sceptical, because the truth is that they’re not actually sure how much the EU actually spends – that’s what the “error rate” mentioned above is all about. Basically, the percentages there are the percentages of what the EU spends that the auditors believe was spent “in error”. They say that doesn’t include fraud or waste, but includes things that properly shouldn’t be included in the EU budget.

And then there’s this explanation, which seems obvious enough, from the Government’s own accounts (you need to open the spreadsheet at this link and go to “table 10”):

National annual figures may differ in some instances to European Commission published figures. This is due to a number of factors including different accounting periods and practices.

That makes sense, all right, but it does pose this question: Why is the Irish Government using the much lower EU figure, errors and all, and not the figures collected by, you know, their own people?

The obvious explanation is that the lower the number, the happier we’ll all be with it. We’ll see if that holds in a year or two when we’re sending the equivalent of one Children’s Hospital to Brussels annually, on a net basis.