Hyperloop: first people travel at 1000 km an hour on ground 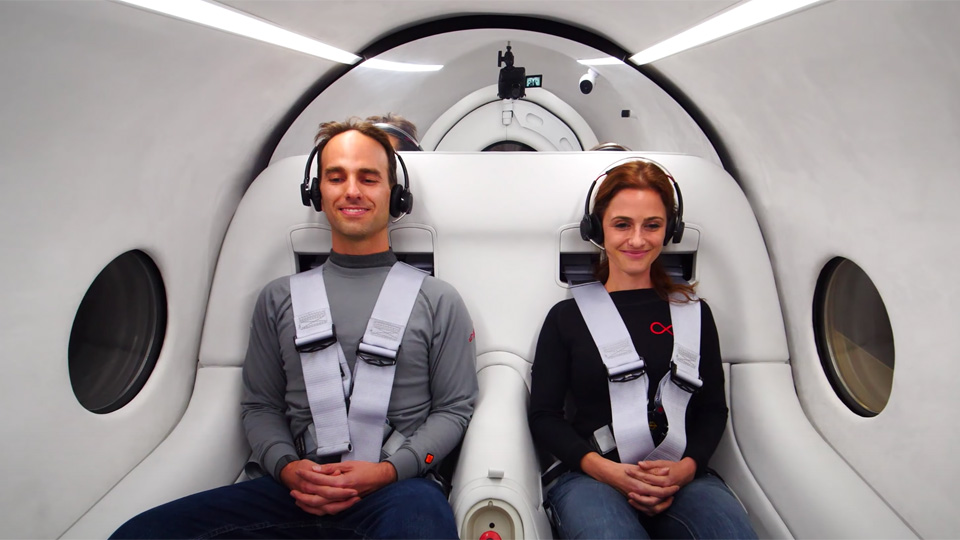 It could change the face of travel. Two people have become the first passengers on a Hyperloop, a revolutionary new high speed way to travel over ground.

The Virgin Hyperloop made its first journey carrying passengers yesterday, in a test the company believes showed that the new technology is capable of transporting people at 1,000 kilometres an hour.

The Hyperloop plans to carry passengers in small pods through a vacuum tube, with Virgin saying  the Hyperloop will be able to reach top speeds of 1,080km/h.

This would mean a journey from Los Angeles to San Francisco could take just 45 minutes.

The technology was first proposed by  Elon Musk in 2012, but Virgin was the first to test the pods with people on board.Two Virgin employees made the 500-metre journey in a two-person vehicle in just 15 seconds at a test site in the Nevada desert.

Although there had been concerns that the speed would make travellers feel nauseous, the test participants did not report any discomfort.

Revisiting the prophetic work of Neil Postman about the media

PERFECT for the weekend. Leafwaxing & a thanksgiving pumpkin

Top tips for managing, educating and playing with children at home