“Humans are a blight” – the views represented by An Taisce

In recent days, it has been widely reported in other media that the Irish taxpayer funds An Taisce to the tune of €3m per year. It has been widely reported, because An Taisce is leading the campaign against a new cheese factory in the South East of the country, potentially costing the region hundreds of jobs. Much, nay most, of this state funding, of course, goes towards things few people would object to – the green flag initiative for schools, spring cleans, that sort of thing – and is not spent on lobbying or planning matters. But the existence of that funding, and those functions, make An Taisce a powerful and influential voice in Irish society, and one strongly embedded and enmeshed with the state itself.

Those who would defend An Taisce would claim, of course, that the organisation is not politically motivated, and is simply carrying out its remit. But when it comes to the organisations’ repeated interference in planning matters, it often seems to serve an extreme agenda.

There is no better example of that extreme agenda than the views of John Gibbons.

John Gibbons, for those who have never heard of him, is the spokesman for An Taisce’s climate change committee. He literally speaks for the organisation. He is also a member of its board, and involved, as such, in setting its policies.

He is also a man with fundamentally extreme beliefs. For years, he has set out these views in Newspapers, Magazines, and on his website, but they receive little attention, or scrutiny.

He somebody who believes that – in his own words  – that human beings are “the greatest blight ever to blacken the face of this earth”:

All this serves to deepen the irony, on the other hand, that the greatest blight ever to blacken the face of this Earth is, yes, this same humanity – organised, murderous, atavistic, superstitious and, more recently, driven literally insane by the organised greed we call neoliberal capitalism.

And that is not all. 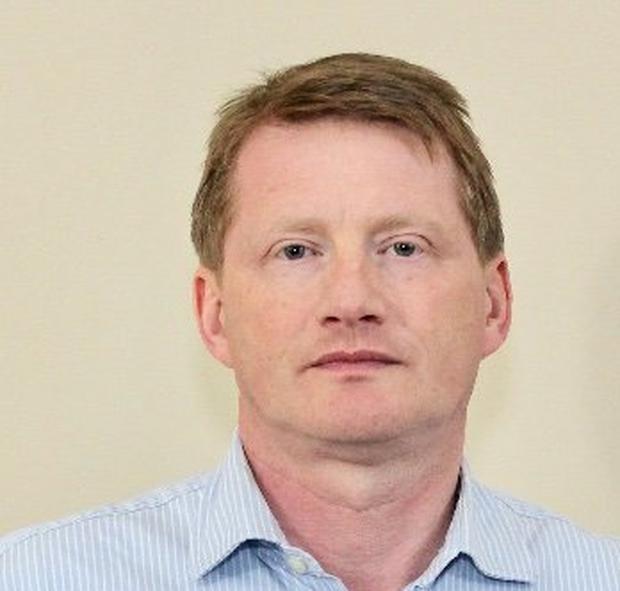 First, the good news. Against the odds, we made it to 2100. Only fifty years ago it looked like it was game over for homo sapiens. It sounds crazy now, but back in my grandparents’ time they really did carry on for a while like there was no tomorrow: tearing down rainforests, flattening mountains, poisoning the seas, waging war on nature – all in pursuit of this strange idea they called ‘growth’.

There aren’t that many books now, but our teachers describe the Age of Madness, as it’s called, when the scientific community repeatedly warned that Earth systems were in extreme danger. But nobody listened, and few chose to act.

This generation has learned the hard lesson of hubris – and humility. There’s barely fifty million of us now globally. Life is tough, but we’re managing. This time, we’re keeping it simple. They say the Earth is healing, maybe they’re right.

For Gibbons to be right, 159 in every 160 humans will have to be killed and eradicated by climate change over the next 80 years. That’s what he is predicting. He is, needless to say, not a scientist, and his views are not endorsed by any scientist, anywhere in the world.

He is spokesman, though, for an organisation that receives millions in taxpayer funding, and which (not coincidentally, one might expect) wages war on economic growth.

But that’s not where his extreme views end.

In 2013, Gibbons wrote that “I believe the evidence that humanity will become either entirely or virtually extinct in the coming decades is almost overwhelming. What is less certain, of course, is how exactly this will pan out, and over what time scale. It’s hard to imagine it will be anything other than a wrenching, horrible affair, on a par with any of the very blackest moments in our species’ brief, blood-soaked history.”

Again, there is no reasonable or mainstream scientist, anywhere in the world, who believes that human extinction is likely in the coming decades. Only the Climate Spokesman for An Taisce believes that.

He’s not only a holder of extreme views, either. He is also somebody who has repeatedly been completely wrong in those same extreme views. For example, in 2010, he wrote about how “peak oil” – the long since discredited notion that oil production had peaked and was about to enter a massive decline – could lead to “starvation and social breakdown” emerging rapidly. He claimed that peak oil effects would begin to be felt in 2015. He got that one, of course, horrendously wrong.

Given the present engagement of An Taisce, it is notable that Gibbons is fanatically anti-beef, describing beef production as a global ecological calamity. He is also opposed to flying, calling for massive fines for anybody who flies more than 1,500km in a year.

But Gibbons speaks for An Taisce, a taxpayer funded organisation with statutory powers to interfere and, as we have seen this week, cost jobs.

It is a matter of public interest then, that people should know that those wielding the power of the state have nutty, unscientific views.

Of course, Fine Gael and Fianna Fáil must take the blame. They are the ones pouring money into An Taisce, and giving people like Gibbons the power they have. Why are they doing this? They would not, after all, subsidise somebody with strong views on restricting immigration, or leaving the EU. For years, these same TDs have been content to fund people with strong anti-farming views, and give them power. They’re a bit late worrying about the consequences now.

This piece was updated on 13/5/21 to improve the clarity around where the State funding for An Taisce goes.