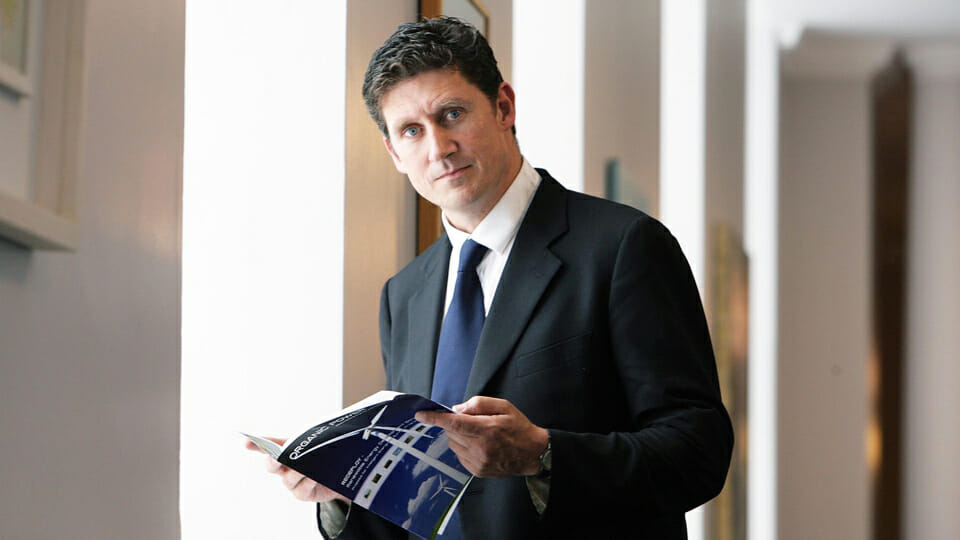 Sometime, next year, your doorbell will ring. You’ll go out, in your pyjamas, hoping that it’s not someone important, and be appalled to find an official looking fellow with a suit and a clipboard, and, of course, one of these new mandatory facemasks.

“Oh no”, you’ll think. “I totally forgot to pay the TV license”.

But then your fears will evaporate, because he’ll smile (from behind his mask) and inform you that he’s from the Government, and he’s here to ask a simple question: Are you well?

A new method of calculating the annual budget to focus on the “wellbeing” of people as well as economic measurements is being discussed in government formation talks.

The New Zealand approach is based on the idea that the long-term impact of polices on people’s lives is better than measuring progress from economic data.

It also focused on climate measures, a digital economy and supporting minority groups such as the Maori community.

There’s something mildly terrifying about having the Green Party being in charge of deciding whether a person is well or not. “Why thank you”, you might say to the nice man at the door, “I do, in fact, have a stable supply of asparagus”.

The idea behind it is nice enough – society does have a problem with increasing rates of mental health struggles, heightened stress, and a general problem with people feeling that they’re living in the rat race. But can someone’s wellness really be measured by another person, let alone the Government?

What this will end up being, in the spirit of the annoying person in every group of friends who tries to organise “fun events” that everyone else grits their teeth and suffers through, is a scheme where the Government decides what “wellness” is. And since we’re all different, that’s probably just going to end up stressing more and more people out.

But of course, it’s the Greens. They wouldn’t be the greens in the first place if preaching about a whole new way of life wasn’t in their DNA. If ever a Green Party representative stops telling me that I should cycle more, eat more vegetables, and get into gardening, I’ll worry that they’re the ones who aren’t well.

How exactly, in all seriousness, do you measure wellness anyway? It’s an entirely subjective assessment. There are plenty of cheerfully impoverished people, and no shortage of depressed millionaires. But if you swapped them around, would they change? Would the happy person become less happy with more money? Would the millionaire become happier with next to nothing?

Of course not – because our “wellness” is very much a function of our individual desires and feelings. You might be lonely – and there’s nothing the Government can do about that, short of hiring you a taxpayer funded friend. You might be unhappy with your weight, or your face, or your hair – and the Government is hardly going to pay for plastic surgery or a new stylist.

What this will end up being, like all Government programmes, is a measure of how happy a civil servant in Dublin who’s in charge of the programme is with his or her life. Are there enough cycle lanes? How affordable is Boojum? Are there decent indie music gigs this week on Camden street? Have they changed the charger for the iphone again?

But of course, it sounds good. Because it sounds like they care.

And they do care, of course. About votes.

DAVID MULLINS: Big money to be made from pre-natal testing