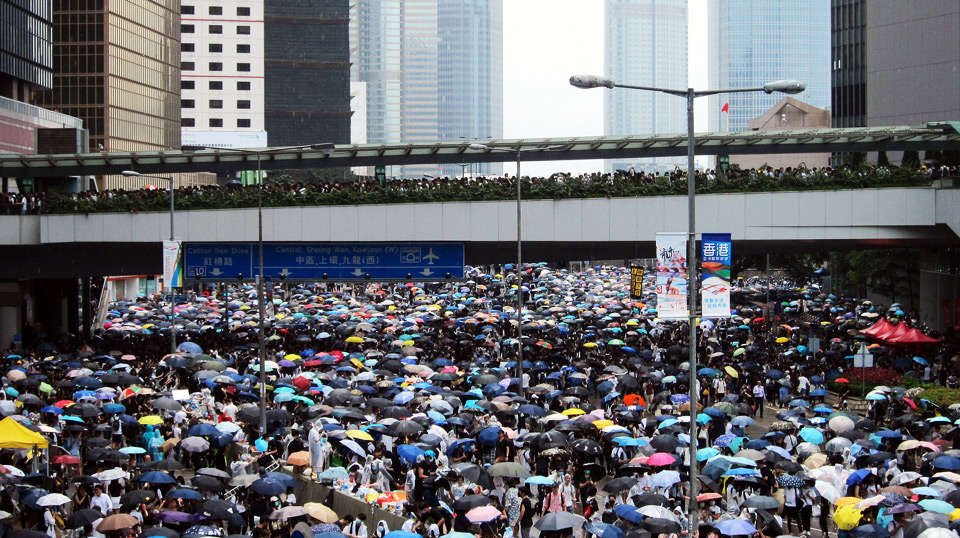 For the past 13 weeks, the global financial hub of Hong Kong, once dubbed Asia’s safest city, has been plunged into an unprecedented political crisis and is trapped in a cycle of escalating riots.

Hong Kongers are experienceing violence unseen since 1967, when Mainland China’s Cultural Revolution spilled over to the island city. As the protests rage on, the world looks on in disbelief.

Hong Kong’s demographic history sheds a lot of light on this crisis.

Hong Kong’s love-hate relationship with the Communist Mainland started in 1949 when the Communists won the civil war against the Nationalists. However, when the People’s Liberation Army marched all the way to the northern banks of the Shenzhen River, it stopped short of crossing into the then-British colony.

For Mainlanders escaping the war and Communism, Hong Kong was a safe haven. It sheltered millions of refugees who fled wave after wave of political upheavals, ruthless persecution and famine, from 1949 all the way to the Great Famine of 1959-1962 and throughout the Cultural Revolution.

Known in Chinese as “大逃港”or the great fleeing to Hong Kong, massive squatter camps formed in hills across the city to house the refugees. Some were peasants from nearby Guangdong Province; others were Westernised elite from the wealthy metropolis of Shanghai. For all of them, Hong Kong was a lifesaver.

The colony’s population boomed from 2 million in 1951 to 5.1 million in 1981 and its identity became distinct from that of the Mainland. Cantonese became an official language by the 1980s and together with the British identity and the English language, generations of Hong Kongers born during the boom times acquired a distinct identity. Its history planted the seeds of anti-Communist sentiment, which has borne fruit in the current protests. Hong Kongers were as Chinese as the Mainlanders, but they were different.

Hong Kong’s economic boom coincided with this population boom. Thanks to its special status as China’s only gateway to the outside world throughout the Mao era and into the early 1980s, together with abundant young labour provided by the wave after wave of Mainland migrants, Hong Kong was one of the four Asian tigers and one of the world’s best-run and wealthiest territories.

The Pearl of the Orient enjoyed British freedoms that were unimaginable in Mainland China. Hong Kong’s film industry thrived and became the Hollywood of the East. Indeed it had tremendous influence across Asia, and its youthful population contributed to that growth and prestige.

Hong Kong is on the edge of the abyss. Ever since the 1984 Sino-British Joint Declaration which stipulated its handover back to Communist China and particularly after the 1989 Tiananmen crackdown, Hong Kongers have become jittery about eventual Communist rule. Hundreds of thousands have emigrated.

The demographics became very different after the 1997 handover. Hong Kong’s birthrates had plummeted following the 1970s economic boom due to ruthless family-unfriendly urbanization, more education for women, and an aggressive family planning program promoted by the British. By the time of the handover Hong Kong was fast becoming an ageing society and its birthrate was amongst the lowest in the world.

Following the Asian Financial crisis of 1998, Hong Kong became ever more dependent on China’s booming economy. Migration to Hong Kong also started to change in subtle ways. Mainlanders continue to form the vast majority of migrants to Hong Kong. But they were very different from the refugees who had risked their lives swimming across dangerous waters to the city.

This new wave is more confident; some are nouveau riche; and many are from northern provinces, not Guangdong where most Hong Kongers stem from. They speak Mandarin, not Cantonese, the lingua franca of the territory. They do not share the “Lion Rock” Spirit of Hong Kong and many do not understand its unique history. For them it is just another Chinese city. As well, millions of tourists stream across the border, snapping up everything from milk powder to gold chains.

As a result many Hong Kongers resent Mainlanders. Their northern cousin are viewed as uncultured nuisances who push up living costs. There are fears that Mainlanders will one day replace “true” Hong Kongers and dilute the city’s Cantonese culture.

From the early 2000s until 2013, tens of thousands of Mainland women came across the border to Hong Kong to give birth. It was one of the biggest waves of birth tourism ever seen and it put immense strain on the relationship between China and Hong Kong. Local parents resented the fact that these new kids supposedly took away everything from school placements to infant formula milk powder.

Many Mainlanders took advantage of Hong Kong’s birthright citizenship laws in order to secure a right of abode for their children. Some came to avoid the inhumane one-child policy which was still being implemented on the Mainland.

Birth tourism actually pushed Hong Kong’s fertility rate up to a peak of 1.29 in 2012 (still pathetically low by world standards). But the Hong Kong government eventually forbade hospitals to accept birth bookings from Mainland women and it dropped back to 1.07 last year.

The government is not responding to the demographic winter. It has never tried to promote marriages and births. The world’s highest real estate prices and one of the developed world’s worst income inequality characterise Hong Kong’s freewheeling capitalism. Many locals have given up their dreams of marrying and having a family.

Nonetheless, “Mainlandisation” continues unabated. Equipped with a “One-Way Permit”, 150 Mainlanders are allowed to permanently settle in the city every day. Originally designed for Hong Kong residents with spouses, children and relatives on the Mainland, this scheme means that 55,000 Mainland migrants are added to Hong Kong’s seven million people every year. University students and financial industry workers from the Mainland also live there.

In fact, 66 percent of Hong Kong’s population growth in 2018 was from Mainland Chinese migration alone, with natural increase only contributing a minuscule portion. As a result, Mandarin has become Hong Kong’s second language, fast replacing Cantonese..

Hong Kongers continue to emigrate in their thousands for destinations like Canada and Taiwan. Coupled with an extraordinarily low birth rate, it is inevitable that the Cantonese-speaking citizenry will shrink and even head towards collapse.

Although the Mainland is standing on the edge of its own demographic cliff, migration from an ageing China is still enough to submerge Hong Kong.

Hong Kongers are fighting a David vs Goliath battle to reverse accelerating Mainlandisation. But this time around David is going to lose. Demography is not on Hong Kong’s side.

Pandemic panic: Where is God in our current crisis?

The emptying East of Europe

Should politicians be held to account for mishandling the pandemic?