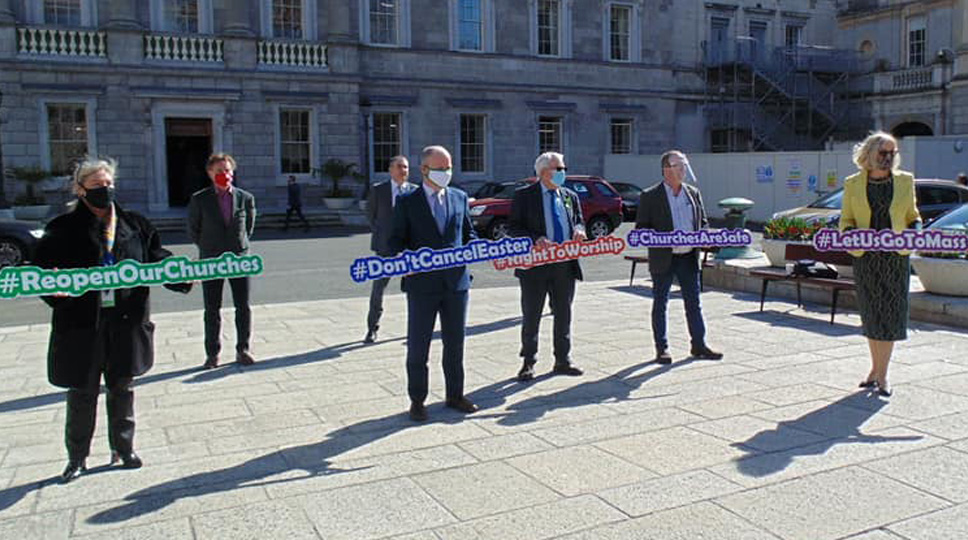 Independent TD for Laois Offaly Carol Nolan has said that the government has now moved into GUBU territory following a demand from the High Court that the State must clarify, within two weeks, whether or not there is a legal basis for Covid-19 restrictions on people physically attending Mass.

GUBU is an acronym for ‘grotesque’, ‘unbelievable’, ‘bizarre’ and ‘unprecedented’, which Deputy Nolan believes applies to this situation.

“It has become abundantly clear in the last number of weeks that the State’s position with respect to denying people of faith access to the sacraments rests on entirely spurious legal grounds,” she said.

“It has also led to a priest, Fr PJ Hughes, being fined for opening the door of his church to the public. This is the kind of event we thought had been left behind centuries ago.”

“If the State’s position was clear, and if their legal argument for the validity of its restrictions was plain, then there would be no need for a two-week delay. Instead the legal counsel acting for the state could have just informed the court and that would have been that,” she said.

“Instead we are now in the truly extraordinary situation; one where the state does not seem to have any confidence in the legitimacy of its own laws. Surely this is utterly unprecedented and bizarre territory. It is as if the government have wilfully perpetuated what amounts to a legal con job on people of faith.”

“The situation needs to be clarified well before the two-weeks that the High Court has allowed to the state,” concluded Deputy Nolan.

They argued that there is no evidence that places of worship lead to an increased spread of COVID and said religious services were very important in many peoples’ lives, particularly at a time of worry and stress, and called on the government to lift restrictions for Easter week