Ghouls: While the world locks down to save lives, these people are worried about too few abortions 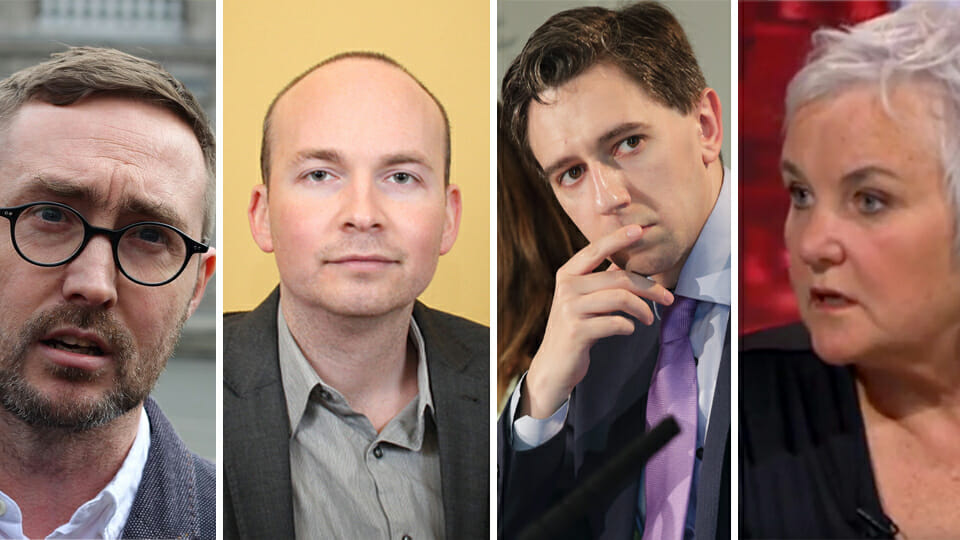 What kind of mentality observes the global lockdown and horrifying death toll from the Coronavirus and acts as if the real problem is that there might not be enough abortions?

At a time when heroic men and women on the frontline are making enormous sacrifices to save lives, abortion supporters are fretting that COVID-19 might be preventing easy access to a life-ending procedure.

It’s always the same with these ghouls – every abortion is a good abortion, and, even in the middle of a global pandemic, ensuring abortions take place is their top priority.

There’s never, ever any consideration given to offering a better alternative to women – in fact many of those who make the most strident calls for abortion without restriction, also want to shut down pregnancy support centres which offer women a real choice, and provide support women need to continue with their pregnancy and have their baby.

So while everyone else is wondering how to help their elderly parents, or worrying about loved ones working on the front lines without the protective clothing they desperately need, abortion supporters are trying to exploit this crisis to make abortion even more easily available.

That’s pretty cynical and contemptible in my view.

Éoin O’Broin and his fellow abortionistas in Sinn Féin, and the usual suspects from the far-left, Bríd Smith, Richard Boyd-Barrett, Gino Kenny and Mick Barry, all contrived to use this time of national emergency to sneak in legislative provisions which would further extend our already radical abortion laws.

They sought amendments to the Emergency Measures legislation so that nurses could prescribe the abortion pill.

They wanted medical practitioners to provide the abortion pill by post without actually examining the pregnant women in person.

They also argued that the three day ‘waiting period’, which gives pregnant women time for reflection or to seek life-affirming support, be suspended.

Its worth examining what these changes would actually mean in practise.

We had lots of assurances from Leo Varadkar and Simon Harris during the referendum that the regime would not mean abortion was trivialised and that doctors would be required to examine a pregnant woman before providing an abortion.

The HSE’s website makes it clear that this examination is primarily for women’s safety – to determine the gestation of the pregnancy for example. An ultrasound might be required, and relying on video-conferencing might cause a life-threatening ectopic pregnancy to go undiagnosed.

The consultation is also supposed to facilitate an opportunity to discuss options and offer counselling to the pregnant woman. Abortion radicals never seem to consider that aspect important, which is strange given their emphasis on ‘choice’.

Instead they seem unhappy that because of the Coronavirus the lives of some unborn babies may not be ended.

What a very strange and inexplicable mindset.

As ever, Simon Harris was keen to support and assist the radical left on the issue, even though many of them would probably happily see him, and every centre-right politician, in a Gulag for some re-education.

Harris made the astonishing assertion in the Dáil on Thursday that the 2018 abortion legislation did not prescribe exactly what an “examination” would mean and that he believed doctors could prescribe abortion pills by video conferencing – essentially by Skype. Midwife Mary Fitzgibbon told Gript this week the move would be an unsafe and retrograde step, which could see women seeking urgent treatment in hospitals at z time when they are under severe pressure.

Of course, most people believe that fewer abortions taking place is generally a good thing and Bríd Smith might have been surprised by the backlash to her tweet on the issue before the Dáil debate.

“The biggest pandemic of our lives and you are still pushing abortion. Grotesque” went one response

The biggest pandemic of our lives and you are still pushing abortion. Grotesque

But perhaps the most significant reminder of the danger inherent in provisions which seek to promote abortion as the first answer came from CM Haughey Solicitors who are representing the family whose baby was aborted after a misdiagnosis of Trisomy 18 in the National Maternity Hospital.

They urged “a word of caution re any amendments given the horrendous tragedy in [The National Maternity Hospital in ] Mar ‘19 due to a misdiagnosis of Trisomy 18 & which was not notified within the mandatory 28 days.”

Hi Brid – re access to safe legal abortion under the legislation may respectfully I urge a word of caution re any amendments given the horrendous tragedy in @The_NMH Mar ‘19 due to a misdiagnosis of Trisomy 18 & which was not notified within the mandatory 28 days.

In any crisis, pandemic or personal, no-one should be rushing to make abortion a first option. Now more than ever, we should know the value of every life and strive to protect those who are most vulnerable.

Archbishop of Dublin: These Catholics are dreadful racists, you know