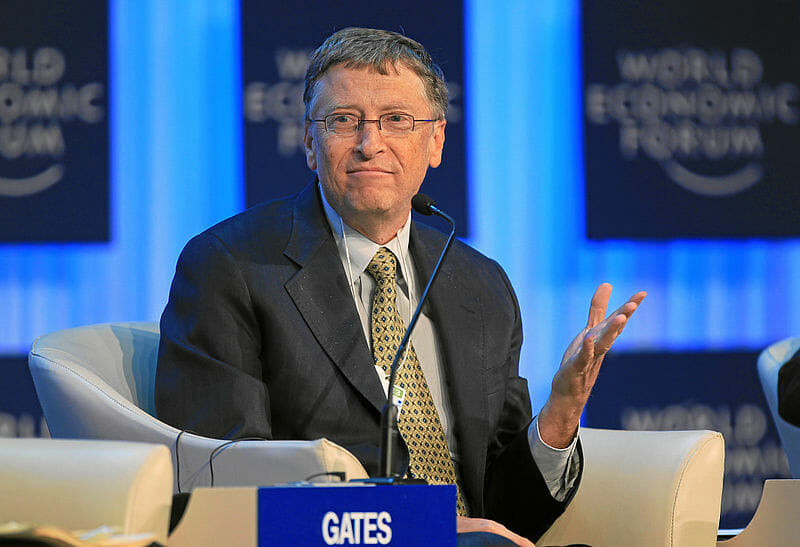 Bill Gates is among an array of speakers pencilled in to address world leaders at a climate summit this week according to Reuters.

The philanthropist and software magnet will be a keynote speaker at the virtual event organised by the Biden administration.

British prime minister Boris Johnson and French president Emmanuel Macron are to be joined by dozens of other leaders to re-focus on what Joe Biden has previously called the “number one issue” facing the globe.

“Our economy can’t recover if it can’t build back with more resiliency, more ability to withstand extreme weather, extreme weather that will only come with greater frequency and intensity. The unrelenting impact of climate change affects every single solitary one of us, but too often the brunt falls disproportionately on communities of color, exacerbating the need for environmental justice,” Biden insisted during his presidential campaign last year.

The US president hopes his series of executive orders, such as ceasing new fossil fuel leasing on federal land, and a $2 trillion Climate Plan will bolster his 2030 goal of reducing the country’s greenhouse gas emissions by a reported 50% compared to 2005 levels.

Imagine a future where we lead the world and tackle the threat of climate change with American jobs and ingenuity.

We can make that future a reality with the American Jobs Plan. pic.twitter.com/JcraqYmsjz

Critics of the president say anything like the “green new deal” proposed by certain Democrats would be catastrophic for the economy and peoples’ livelihoods.

Others question the commitment of figures like Bill Gates to the environment, given his ownership of several jets and lavish houses.

We live in a world where a leading proponent of solutions to climate change flies around in a private jet and offsets the hypocrisy of this behaviour by claiming he's allowed to because he's preaching a message https://t.co/h5z7VQnHsS

The Microsoft c0-founder, whose latest book is titled “How to Avoid a Climate Disaster”, recently said that defeating Covid-19 would be “very, very easy” compared to combatting climate change effectively.

“We’ve never made a transition like we’re talking about doing in the next 30 years. There is no precedent for this,” he told the BBC.

“We need to have price signals to tell the private sector that we want green products,” he suggests, claiming that world leaders must find a way to reduce the globe’s greenhouse gas emissions from 51 billion tonnes per annum to net zero.

The US president, Gates and other leaders will find stiff opposition however to some measures being proposed in their continuing battle against climate change and Covid-19.

Leftists: a millionaire & a billionaire discuss how they think its “appropriate” to destroy & bankrupt small businesses across America.

Is Donald Trump being shafted in the American election?