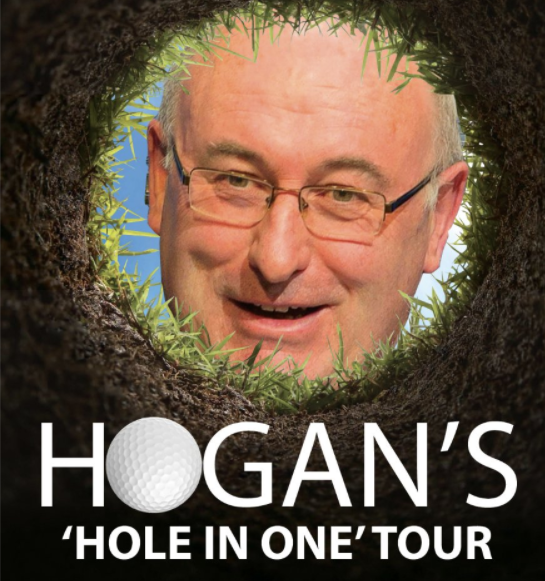 The kind of audio you must listen to two or three times because you don’t really believe he said it the first time.

"If they knew I was a commissioner or politician the Gardai wouldn't be stopping me"pic.twitter.com/qDF5PDl2L1

“If they knew I was a European Commissioner or a politician, they wouldn’t be stopping me”

Now, was that a slip of the tongue, and did he mean to say the opposite? It’s possible, and he’ll definitely claim that he meant the opposite. But the words that came out of his mouth are quite clear to anyone’s ear. And it’s not the most helpful time to mess up your phrasing, or the most helpful subject on which to do it.

Is it true, in any case? Would the Gardai really have seen Phil Hogan speeding down the road, phone to his ear, and thought “that fellow is breaking the law, but in fairness he is a European Commissioner, of all things, and therefore the law doesn’t apply to him”?

But that is not the point. It is not about how the country actually works, in Hogan’s mind, but about how it should work.

The thing is, Phil Hogan is a very important man. And very important men should not be troubled by small things like laws which are primarily there to stop the ordinary plebs getting too far above their station. An ordinary man might be unable to converse on the phone while driving a car, but Phil Hogan is no ordinary man – he is a European Commissioner, which means he’s different.

That is the crux of it.

Mind you, this is less an European issue than it is an Irish one. Ben has a video coming later today on all the times, throughout the lockdown, that Irish politicians have considered that the rules don’t apply to them. Sinn Fein can hardly oppose Phil Hogan playing golf when they held a funeral celebration in a cemetery in Belfast, hugging and kissing each other, before sending the body back out of the graveyard to be cremated. Leo Varadkar went for a picnic at the height of lockdown three days after his own advisors told the public that picnics were banned, and nobody cared about that, did they?

And what of Billy Kellegher? The Fianna Fáil MEP committed the exact same offence as Phil Hogan did – breaching his quarantine to go and celebrate the dear leader’s long-awaited ascension to the Taoiseachship – and nobody seemed to care.

If Irish politicians feel like they’re above the law, it’s because they usually are, until the press get bored in August and want to kick somebody around.

And this isn’t just press hypocrisy, of course. Most of it is your fault, dear member of the voting public. Leo got off with his picnic at the time because Leo is popular and we wanted to believe the Government is playing a blinder – he deserved a day off.

But Hogan? Hogan is a villainous, easy to dislike, sort of fellow, who we’d all enjoy seeing be taken down a peg or two. So his violation is therefore much worse. You can’t blame the press when the public laps this all up like they’re watching a soap opera, and not the governance of the country.

We get the politicians we deserve, after all. Hogan’s rotten, but he’s very, very, Irish.

Diversity matters as long as it’s not diversity of opinion