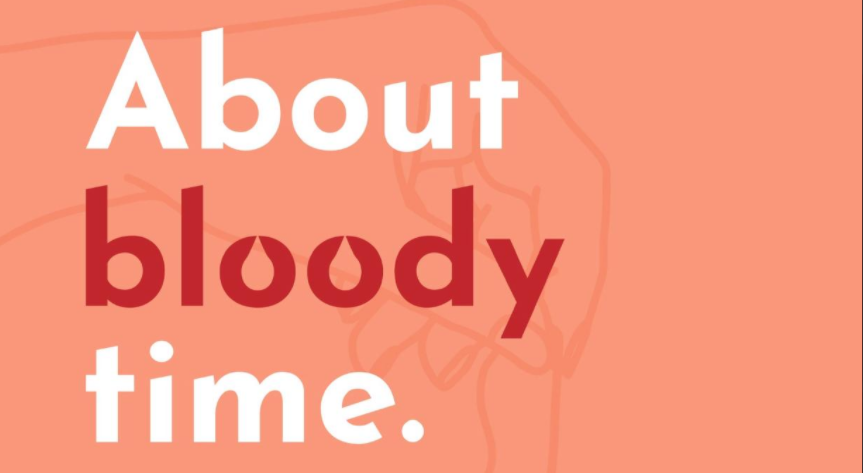 The big problem about writing about “period poverty”, as a man, is that, well, men don’t have periods. While some of us may, on occasion, have been deputised to purchase sanitary items for the women in our lives, we don’t need, or use them, ourselves. So the idea that period poverty is an all-pervasive issue in modern Ireland which requires urgent Government action can’t be ruled out entirely, from the male perspective.

And Fianna Fáil certainly take the view that it’s a modern crisis. Hence their horrendously named “About Bloody Time” campaign.

Here’s what we can say, though: If Period Poverty really is a major issue in Ireland, and young women can’t afford basic, and pretty cheap, necessities, doesn’t that raise a major question about Fianna Fáil’s management of the economy?

32 Tampons are, at today’s prices, available for €5.99 in Lidl. That works out at 19 cents per item. How much cheaper can people realistically expect them to be?

❌Period products cost women up to €130 per year.
❌Over 50% of young girls struggle to afford them.

Senator @LorrCliff's Bill will ensure that those who seek to use Period products obtain them free of charge. pic.twitter.com/fHNtlpBbjp

The policy, as far as we can tell, would make sanitary products free for every woman and girl, should they seek to avail of them. Fianna Fáil have not provided any costings for the policy, but assuming that every woman of reproductive age (about 1.5million women, in Ireland) was to avail of the service, then the total cost could end up approaching about €200million.

Of course, and luckily for the taxpayer (because, have no doubt about it, this proposal will become law) not every woman will choose to avail of it. Many will simply continue to buy their own products.

On the one hand, of course, the intentions behind the policy are noble enough. Nobody with a shred of decency would want to live in a country where women were unable to afford basic hygiene and dignity. Making the products free to those in need is a harmless enough policy, in the larger scheme of things.

But on the other hand, it’s absurd, isn’t it? Our politicians claim to have created a society where desperate young women cannot afford basic day to day items, and now they want feminist credit for “solving” the issue.

Politics, at its most basic level, is about the allocation of scarce resources. “Scarce”, because, if there were no shortages of anything, there would be no need for politics, or work, or any other form of economic activity. When we elect politicians, the basic job we ask them to do is to take a limited amount of money, and allocate it in the way most likely to promote good outcomes for everybody in society. Nearly all of our debates come down to this question: Should we spend more money on roads, or hire more nurses? Should we drill for more oil, or leave it in the ground? Should we spend hundreds of millions on tampons, or leave that up to every individual?

If providing free tampons or towels or pads had no cost, there’d be no issue with this policy. But it does have a cost, and therefore it’s fair to ask if spending this money this way is necessary, or wise.

That doesn’t mean, by the way, giving it back to people as a tax cut. There are a great many services for women that need more money – domestic violence shelters, support for mothers and families in poverty, schemes to promote female entrepreneurship, and so on.

As it is, though, Fianna Fáil wants to take the money and spend it making period products free, despite the fact that the overwhelming majority of women can, and do, afford them with little difficulty.

The name of the campaign – “About Bloody Time”, isn’t exactly calibrated to appeal to the average woman, either. Don’t believe me? Try making that joke to an actual normal woman some day, and see how she looks at you.

But this kind of language, of course – crass, kind of aggressive, real-talk about bodily functions – does appeal disproportionately to a certain kind of young, left wing voter. The kinds of people who get very exercised about trans rights and abortion and that sort of thing.

The point of this legislation, in actual fact, is not to solve any real problem in society that’s in urgent need of addressing. It is, in fact, to spend public money to send a signal to a voter group that Fianna Fáil has been unsuccessfully pursuing for over a decade.

It hasn’t worked so far, and it’s not going to work this time, either. Mr. Martin is smart enough to realise this himself, if he spent more than five minutes thinking about it. The most he’ll get is a passing word of triumph from Una Mullally in the Irish Times, before she goes back to kicking him, and the patriarchy, up the backside.

“We’ll be on the streets”: people react in anger to Carbon Tax proposal