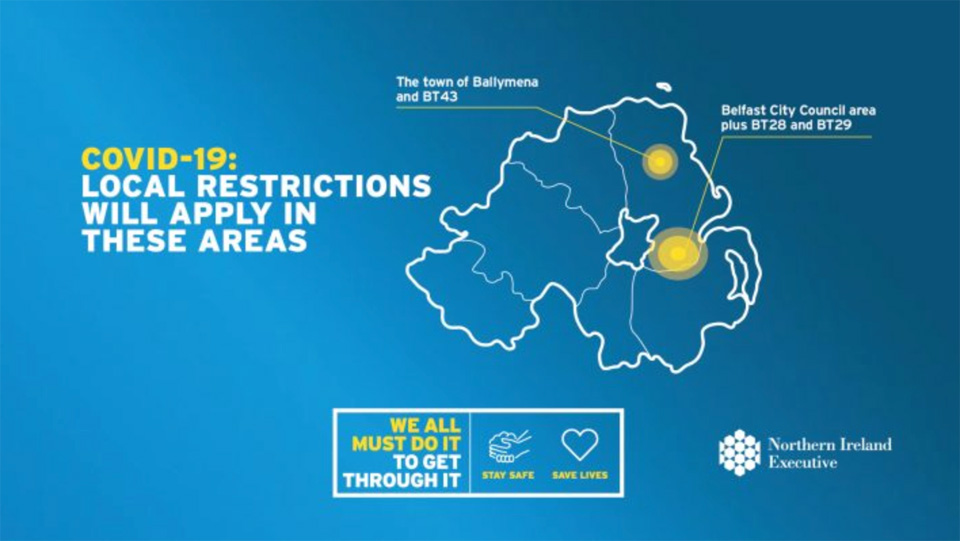 Proposals to extend coronavirus restrictions in the north of Ireland for two more weeks have been blocked by the DUP.

Health Minister, Robin Swann, had recommended keeping the measures in place until 27 November, but after a day of fraught meetings the DUP used its veto to block the proposal. This constitutes a rare use of the so-called “cross community” vote which was put there to prevent the passing of any measure which either the majority of nationalists or unionists might find offensive.

The current restrictions are due to end at midnight on Thursday.

The Executive will now attempt to find agreement around proposals from the DUP Economy Minister Diane Dodds.  Her paper suggests services such as hair and beauty salons can reopen on Friday, by appointment.

It’s also proposed that unlicensed premises such as cafes and coffee shops can reopen the same day while licensed restaurants would remain closed until 27 November.

Minister Dodds has previously said she believed continuing restrictions could cause further damage to the economy. Both she and Arlene Foster were reported to be facing significant internal party pressure not to support the extension of the lockdown.