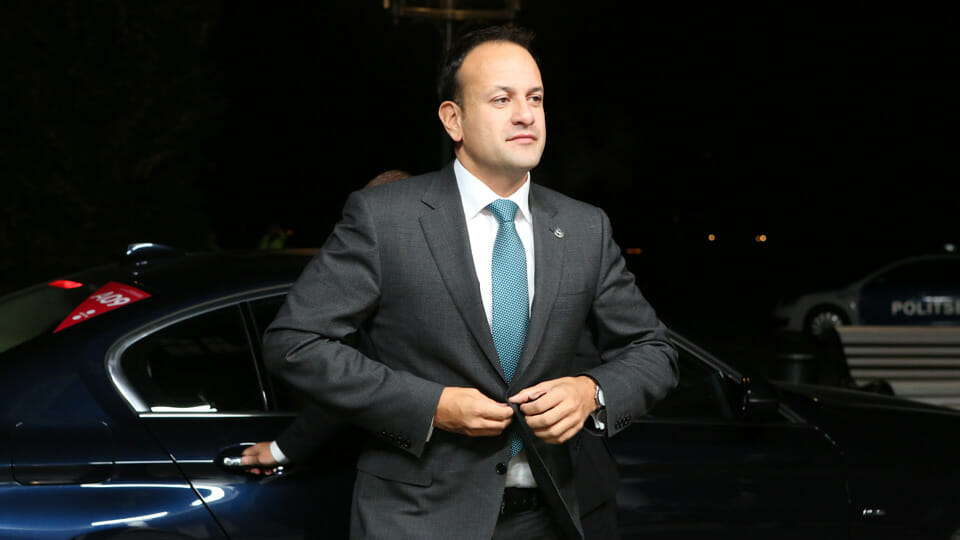 According to the generally well-informed Pat Leahy over at the Irish Times, Dublin is refusing even to engage with the British authorities on the arrangements that might be necessary in the event of a no-deal Brexit:

The new British government wants to talk to Dublin about managing a no-deal exit, but Irish Ministers and officials have declined, according to three people briefed on the contents of recent exchanges.

The Government and EU leaders are sticking to the position there will be no discussions with the UK on how to manage a no-deal on the Border until after the UK has left the EU, according to senior sources in Dublin and Brussels. No-deal preparations are a unilateral EU matter, they said.

Look, nobody sane wants a no-deal Brexit. The damage to the Irish economy, not to mention the disruption to travel and trade around the border area specifically, would, or will, be very significant.

It is perfectly understandable that the Irish Government would wish to avoid it.

But, in the event that no-deal happens (Paddy Power will give you odds of 13/10, not much better than even money, if you want to bet on it) wouldn’t it be better to be prepared?

These discussions, remember, are not about accepting a no-deal Brexit. Having talks about what to do will not make a no-deal Brexit any more, or less, likely than it already is. No deal doesn’t suddenly become more attractive just because you have discussed some logistical issues.

What could, however, be possible, is that by discussing the possibility and preparing for it in advance, some of the worst impacts could be mitigated. For example, agreeing a joint approach to customs and goods checks on any potential hard border might reduce the chaos that will otherwise arise from erecting a hard border out of nowhere on November first.

What is Dublin thinking here? According to Leahy, it’s something to do with waiting to see what happens in London when Parliament returns:

The view in Dublin and in Brussels is that Mr Johnson is preparing for a showdown with opponents of a no-deal Brexit in parliament early next month, and a possible general election, and no serious discussions with the new British government can take place until after that process is concluded.

That, of course, doesn’t make any sense at all, but it’s largely in keeping with what the Irish Government has done to date – essentially to pursue a strategy of making Brexit as difficult and painful for the British as possible, in the hope that (in their view) sense would be seen, remainers would gain popularity, and the whole troublesome thing might be called off.

The problem, of course, is that that hasn’t worked up until now.

Dan O’Brien is probably the only truly establishment voice in Ireland who has consistently opposed the Government’s approach, and he was at it again in the Sunday Independent this weekend:

We can talk endlessly about solidarity on the backstop and what a good friend to Ireland the European Commission has been on the issue, but after a no-deal exit things will change. The Commission will be bound by its most basic obligations and duties to ensure that Ireland applies European law as all other members do, including the collection of tariffs on goods coming across the Border from Northern Ireland.

The Government has still not spelt out how it will fulfil its obligations to Brussels’ satisfaction. More than three years after the Brexit referendum, its position continues to be that it is discussing with the European Commission how the Border on this island can differ from every other EU frontier with a non-member country.

He’s indisputably right there. After any hard Brexit, the EU will have no choice but to insist on full border enforcement along the border with Northern Ireland. And the Irish Government has no plan, whatsoever, for implementing this.

The refusal to even talk to London about contingency arrangements, if it all comes to pass, is therefore even more mind-boggling.

The answer, I suspect, is that in the event of a hard Brexit, and a hit to the Irish economy, Fine Gael will be much more interested in playing the political blame game than it will be in fixing the problem.

“Sure”, they’ll say, “you lost your job, but that’s all Boris Johnson’s fault, him and those hard Brexiteers and Nigel Farage. We did everything we could to prevent it, and we can’t be blamed for it”.

The problem with that, of course, is that it’s only partly true. If the UK does, indeed, decide to pursue a hard Brexit, the first thing to note is that it will have done so because it was the only acceptable Brexit on offer to it. You might well quibble with that, and say “but John, they didn’t have to do this”, and you would be right. But having made very clear that they did want to do it, the Irish Government had a responsibility to ensure the minimal amount of possible damage to Ireland. By pursuing the backstop strategy to the very end, the Irish government has made that classic mistake your parents and teachers warn you to avoid and put all of its eggs in one basket.

Second, there’s today’s news. It is very possible, I suppose, that no discussions with the British about mitigating a no-deal Brexit would make much of a difference to the economic pain it will inflict – but it is equally possible that some of the more serious impacts could be reduced if mechanisms to reduce them were agreed in advance.

Politics, after all, is about making choices. Hard Brexit, if it happens, will be a British choice.

The fact that we haven’t had any discussions at all about how to make it less bad? That’s absolutely, 100%, an Irish choice.

Mr. Varadkar shouldn’t be let away with it, if the worst comes to pass.

Am I a bad parent if my teenager sends nude pictures?