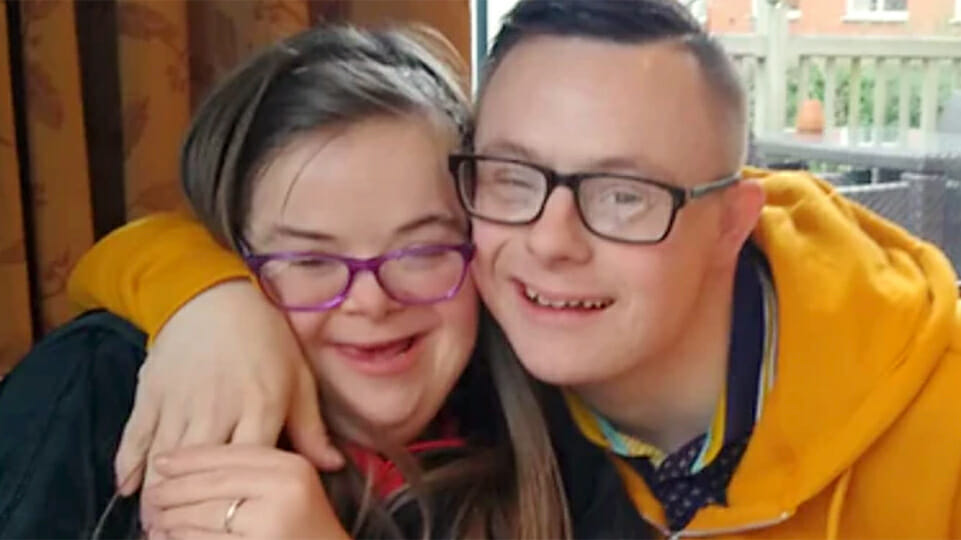 A woman with Down Syndrome has launched a unprecedented case against the UK government because she says the abortion law discriminates against babies with disabilities by allowing abortion up to birth where a range of conditions are diagnosed, including Down Syndrome and cleft lip.

24-year old Heidi Crowter says the current abortion laws amount to “downright discrimination”, and that Britain is ignoring a recent UN ruling which said the provision should be scrapped.

Ms Crowter has joined up with another litigant, Cheryl Bilsborrow, whose two-year-old son Hector has Down’s syndrome, to bring forward the case.They have set up a crowdfunding page to help raise the £20,000 to start legal proceedings and begin the preparations for the case.

On the page, Ms Crowter explains “Hi! I am Heidi, I am 24. I live a very happy, fun and fulfilled life.”

“At the moment in the UK, babies can be aborted right up to birth if they are considered to be “seriously handicapped”. They include me in that definition of being seriously handicapped – just because I have an extra chromosome! Can you believe that?”

“What it says to me is that my life just isn’t as valuable as others, and I don’t think that’s right. I think it’s downright discrimination! If you agree please contribute what you can to our legal challenge and share this page with your friends, family and on social media.”

“The United Nations Committee on the Rights of Persons with Disabilities recently said that the United Kingdom should change its abortion law to make sure that people like me aren’t singled out because of our disabilities.”

“Sadly, the Government decided to ignore their recommendations and didn’t change the law. So now, with your help, I am going to take the Government to court with other members of the Down’s syndrome community to make sure that people aren’t treated differently because of their disabilities.”

“The UK has a legal duty to ensure equality and protect people with disabilities, but when it comes to abortion law, the Government just isn’t listening.”

“This legal challenge is asking the Government a very simple question: is my life any less valuable as someone who has one extra chromosome?”

“This challenge will only succeed with your support! Court cases are very expensive, and so I need your help to make sure that the UK changes its laws to make sure that people like me aren’t discriminated against or singled out because of our disabilities.”

“I’ve got great lawyers taking on this case, and our initial ask is for £20,000 to start legal proceedings, pay for legal advice and begin the preparation of the case. From there we will need to raise more to cover all the costs of a big legal challenge, so we’ll need all the help we can get.”
“Thank you so much for your support. Together, we can make sure that people with Down’s Syndrome have the legal protection we deserve!”