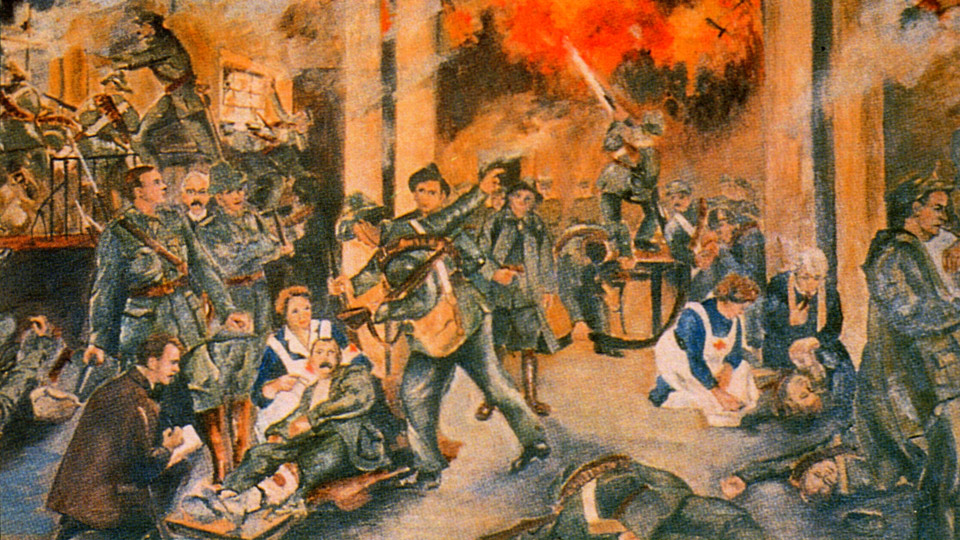 The most effective way to destroy people is to deny and obliterate their own understanding of their history.

The recommendation of the National Council for Curriculum Assessment that the teaching of history remain an optional subject for the Junior Cert hardly came as a surprise.

Anyone who read the 2016 NCCA background research paper will have detected the pedagogical or perhaps ideological thrust of where this was likely to go.

The teaching of history has long been a touchy subject in Ireland, and was central to the anti- national animus of various governments in the 1970s and 80s, but the downgrading of history as a school subject is part of a trend across western society. The current Irish policy has arguably more to do with that, rather than any sensitivities regarding the inculcation of republicanism.

The old “revisionism” often verged on parody. Respected academics published books which variously blamed the Famine on Catholic teachings on the family; the Fenians on the lack of other leisure activities, and the 1916 Rising on sub conscious sexual impulses on the part of one of its leaders in particular.

Now, history if taught at all is expected to be part of the ideological battery of liberalism. The problem with that is that history involves a lot of reading. Reading and books, unless severely delimited, are the enemies of totalising ideologies.

That was actually touched upon in 2016 NCCA paper, and we can assume the conclusions drawn underpin the decision to recommend that the teaching of history be downgraded rather than controlled.

The paper refers to a debate that took place in Britain during the 1990s in which John White argued for a model in which history was part of the arsenal of inculcating “liberal-democratic” values, while Peter Lee took the view that historical knowledge could be “transformative.” In other words that it did not require to be channelled through any ideological prism, but that students would benefit simply by their own reading and research, and that this would help to expand their understanding of the world.

It would not take a genius to guess which side of that debate was favoured by the authors of the NCCA report. Nor that it was decided that better it be quietly set aside rather than risk the dangers of impressionable youths making up their own minds on the basis of what they might read.

It was condescendingly claimed that 12 – 15 year olds don’t possess the intellectual capacity to digest a narrative that embraces pre-historical times to the present. They are of course expected to grasp spurious narratives based on subjective theories as indicated in the call for an “emphasis on personal and local history.” Not to mention redefinitions of traditional moral values as though they were received wisdom.

There is, apparently no “single continuous narrative of the past.” In so far as that means that no political, religious, racial, or ideological group can lay claim to the “truth of history,” that is valid. But of course it is interpreted to mean a rejection of actual verifiable events, and to privilege instead a narrow ideologically motivated reading of history designed to underpin current political projects.

As with the ideological control of literary history, the emphasis is on “debunking” the western tradition in favour of subterranean and even deviant versions of events. There is obviously an equal place in historiography for the experiences of minority groups but the notion that those experiences are more valid than those of “dead white men” is as absurd as older simplistic schools which saw history as a record of kings and queens, or one class, or one race. Indeed if there is an after life for dead white Marxist historians, Hobsbawm, Thompson and Foner must be scratching their heads and wondering what happened.

What happened of course was identity politics. Todd Gitlin, a former leader of the American Students for a Democratic Society, has charted the destruction of the older democratic left notion of a “commons” by the emphasis on conflicting groups, all with contradictory histories in competition not only with “white privilege” but with one another. He has shown how this has led in Californian schools to a situation where it is not the truth of what happened that matters, but what someone or some group feels might have happened or ought to have happened.

That is a curious basis for the creation of respect for the “liberal democratic” consensus, never mind the truth. Indeed, the replacing of traditional “narrative” history based on actual events with subjectivism leads to misunderstandings of the past which has implications for political actions.

Gitlin places the major onus for this on the influence of Herbert Marcuse who still remains a key influence on the left. Marcuse concluded that the traditional working class had been corrupted by such things as houses, holidays and TVs and sought to replace it as the focus for revolutionary praxis by marginalized groups. At different times and in different places this has been interpreted to mean students or even criminals. At an extreme with followers of Foucault it has meant the actual celebration of deviance and violence.

In the Irish context, it will be interesting to see what the “special projects” to replace history teaching will consist of. Will they become another annex of Project 2040? Another tool to create a new consciousness shorn of tradition and knowledge of our own past and culture; one designed to facilitate the acceptance of whatever is deemed essential to remoulding the Irish people into a pool of passive deracinated drones.

Ireland has more deaths per million than USA, but fawning journalists won’t tell you that